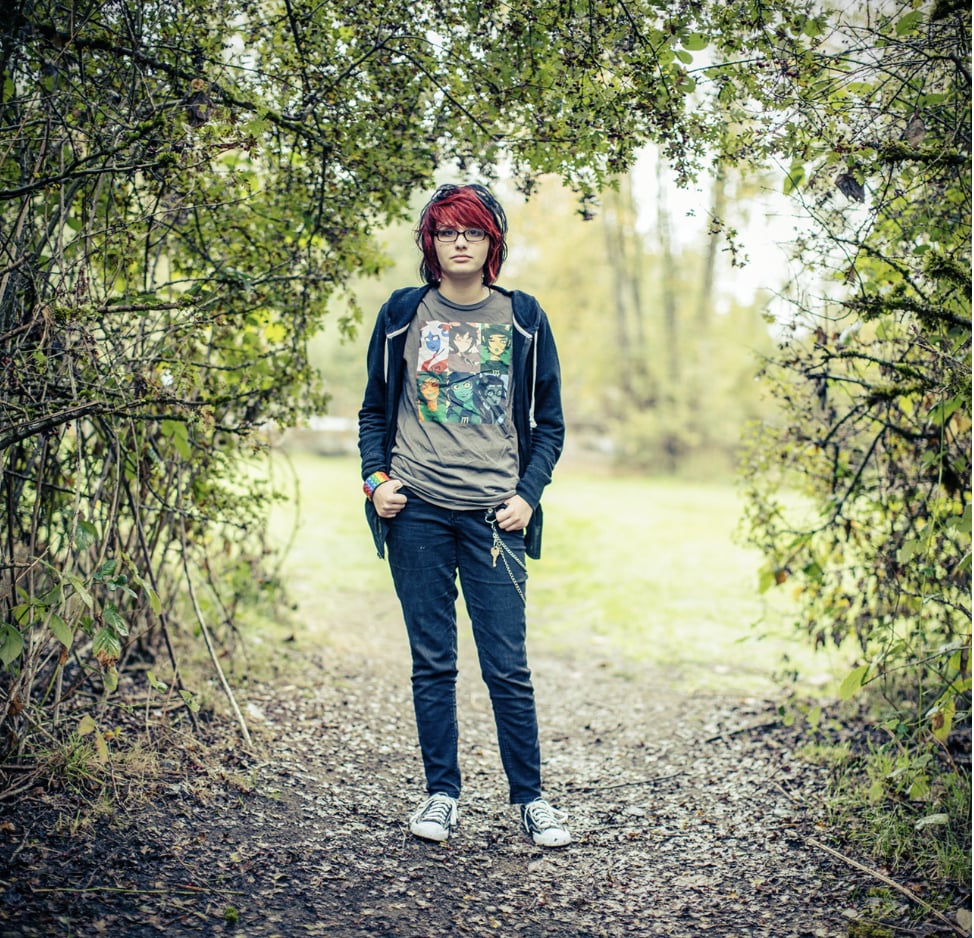 Timothy Archibald, a San Fransisco-based photographer and father of two, is well-known for his ability to capture raw emotion in pictures. After one of his photo series of his son, who has autism, went viral in 2013, he was tapped to capture portraits for a project in a 2016 issue of Scientific American Mind, which focused on transgender teens from small towns in the US and Canada.

"Whenever I see a strong kid, I always look to the parents to see who enabled this strength that powered this kid to want to be who [they] really can be."

In an effort to get to know the teens he'd be photographing, he made it a point to reach out to them individually to understand their experiences better. The first thing he noticed was that the decision to transition was deeply personal for each of the teens. "I think that the kids had a path to follow, and they were fortunate enough to find parents who listened to them and let them follow that path," explained Timothy.

As a father himself, Timothy found the relationship the teens had with their parents inspiring. "That was the thing that was just awe-inspiring to me, the kids' strength," he explained. "But whenever I see a strong kid, I always look to the parents to see who enabled this strength that powered this kid to want to be who [they] really can be."

Although Timothy finished the project three years ago, he still thinks about his subjects from time to time. "Those kids were strong; they had something they wanted to say. What they wanted to say really was, 'I'm just like you.' It wasn't like, 'You need to accept this,' or any kind of defiant statement. It was almost like, 'If you could see how normal this is for me, you'd understand it.'"

Scroll ahead to get a look at Timothy's powerful portraits.