Father-daughter duo Travis Scott and Stormi Webster don't step into the spotlight too often. But in a recent interview as i-D's first Spring Issue cover star, Travis took the opportunity to gush about his daughter and the powerful impact she's had on him as a musician and a father. "Fatherhood influences my job. It has a huge impact," Travis told Spy Kids director Robert Rodriguez. "It's a major inspiration, you know what I'm saying? Especially Storm; she's just acting like a kid. She's always interested; she catches on and learns things and adapts to things so fast."

"I realized my job is way more important than what I thought because of her. More responsibility, you know? You've got to use that properly."

Travis explained that watching Stormi grow has been a pivotal point in his life, inspiring him to assign new meaning to his work and channel his energy into projects that will resonate with future generations. "It's so crazy, Stormi's generation is way different from mine, and she's way different from my younger brother and sister. Kids show you a different outlook on life, how they view things, the type of pressures they have and what makes them happy, what makes them move. Like, when she watches certain movies or listens to certain songs. Or she watches my concerts on YouTube and she realizes she's there; she's ready to see now. I realized my job is way more important than what I thought because of her. More responsibility, you know? You've got to use that properly."

More than anything, Travis says being Stormi's father has given him a new muse and inspired him to give his all when it comes to his career. "Fatherhood just be like, I don't live for myself anymore," he said. "I was already going so hard for the fans and now, oh man, Stormi. It's like . . . I love that."

Related:
Stormi Stole the Show During Her Red Carpet Debut With Kylie Jenner and Travis Scott 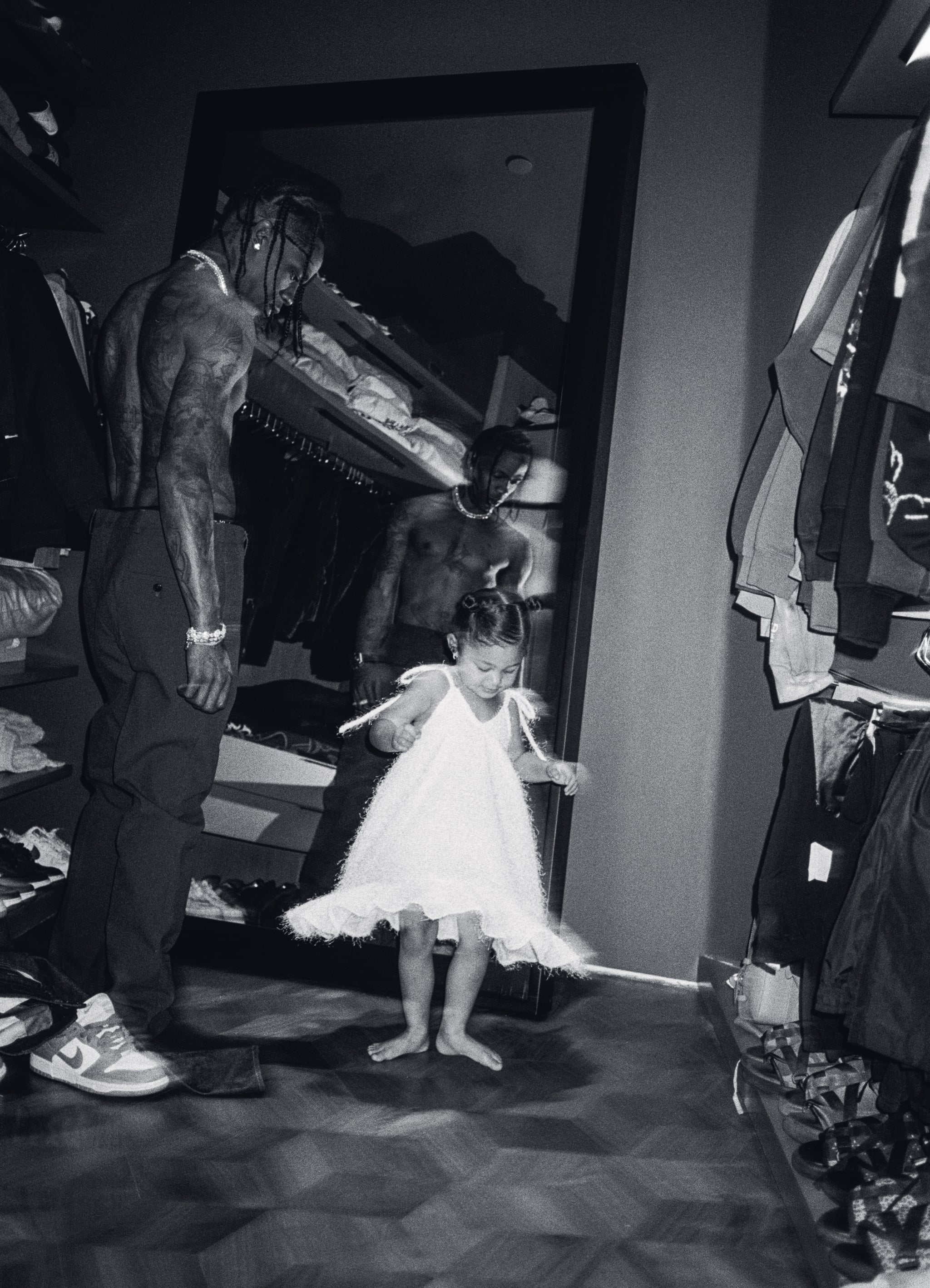