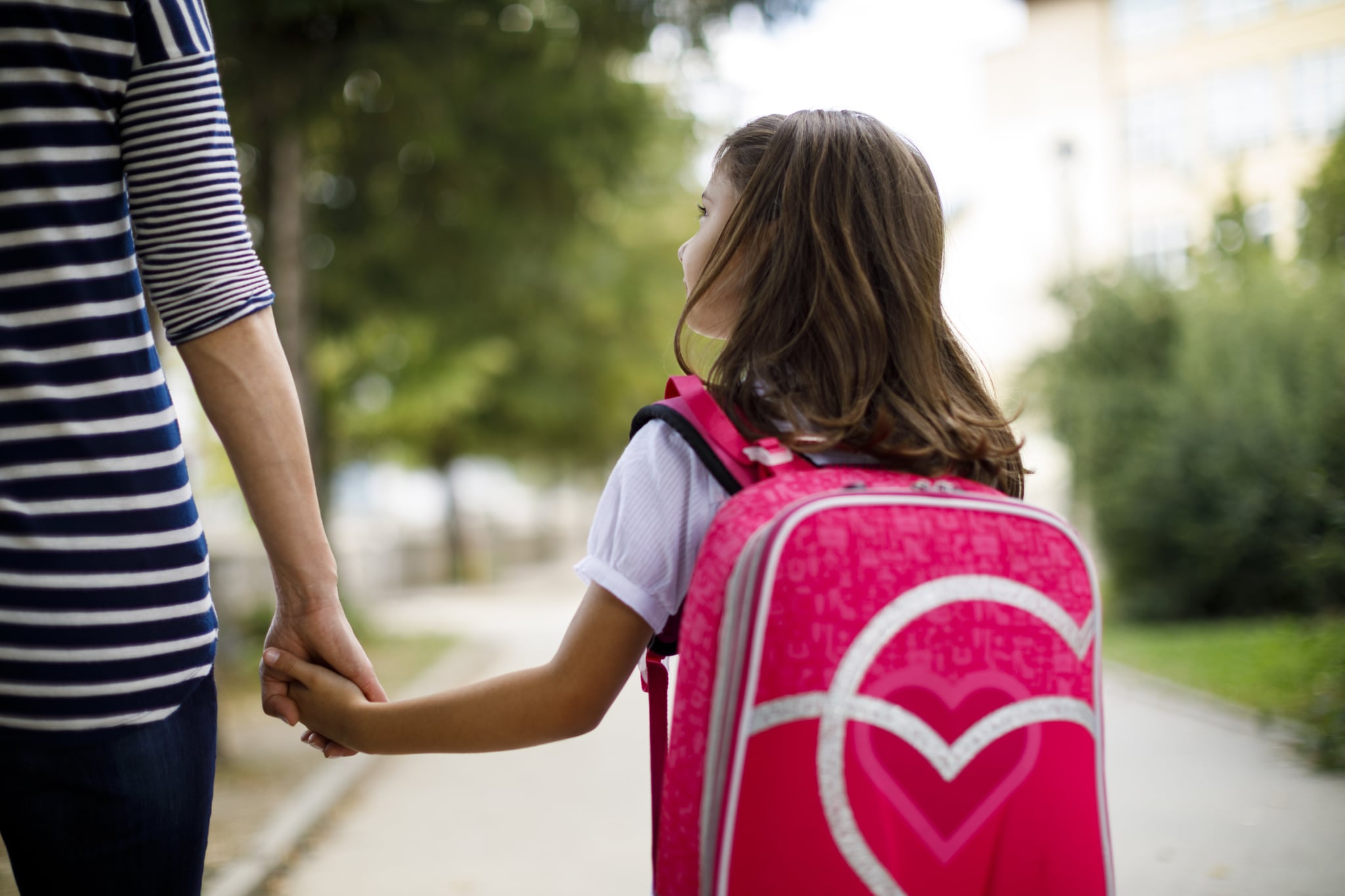 I remember when I was a little kid, I looked up at my mother's face, noticed tears welling up in her eyes, and asked, "Are you OK, Mom?" Her response: "Oh, I'm fine, honey. I just get a little melancholy this time of year."

After that, every fall, when the air got crisp and the leaves began to yellow, I'd see that same subtle change in my mother's expression. That hint of sadness was always under the surface, tucked away while she pushed the shopping cart through the wide aisles of Walmart as I debated notebook colors or while she walked me and my older brother to the bus stop at the end of the cul-de-sac, zipping up my backpack as I tried to run ahead.

I never thought much of my mom's seasonal quirk. I've always loved fall, and as I entered adulthood, it became my favorite season, full of scarf layering and warm lattes and next to none of that obnoxious summer humidity. I'd remembered her occasionally saying, "You'll understand when you are a parent," but even in those first years navigating babies and toddlers, I didn't detect it.

There were the changing leaves, she said, as well as the shortening days. But mostly, there was us. Her kids, always growing, inch by inch and day by day.

But last year, when the calendar turned to September, that feeling of melancholia she'd long described washed over me. And this year, it came back like clockwork. Sure, there are plenty of reasons to feel downhearted this year — amid a pandemic that has kept my kindergartner home and foiled our usual plans of friend-filled trips to apple orchards and pumpkin patches — but this feeling doesn't have to do with the current climate. It's a feeling I haven't been able to conceptualize, but one that I already know I'm destined to have every year as September rolls around.

Whenever I've asked my mom to describe this feeling, she'd mention how she never understood why the calendar year ended in December and began in January.

"My years always ended and started in September," she told me.

There were the changing leaves, she said, as well as the shortening daylight hours — far more emblematic of a transition than the unwavering bitter cold that carries us from one almanac to the next. But mostly, there was us. Her kids, always growing, inch by inch and day by day. More than our birthdays or a big New Year's celebration, September was the milestone marker that showed our time with her was ticking away.

Related:
There's a More Inclusive Way to Refer to a Child's Family Than Saying "Your Moms and Dads"

"Every September, I realized it was another year gone," she said.

She was right. To me as well, there is no better indicator of the passage of time for a parent than the start of a new school year. There's no better reminder of the fact that our children are getting bigger than when they put on their backpacks and we notice it takes up a bit less real estate on their once-adorably-small frames. And there's no better signal that they're getting older than when they enter a new grade with a new set of notebooks that will eventually be filled with scribbles and tattered with use by the same time next year.

My oldest is just starting kindergarten. I tell myself that I have all the time in the world before she's done with school. But I know that I don't. I only have so much time, so many Septembers.

I called up my mom this morning to talk to her about this seasonal melancholy we both share. Surely she doesn't still feel it, now that she's no longer dealing with back-to-school season herself, now that her home has been kid-free for decades. But just two minutes into our conversation, I could hear her voice quivering. I couldn't see them, but I knew her eyes were welling up with tears.