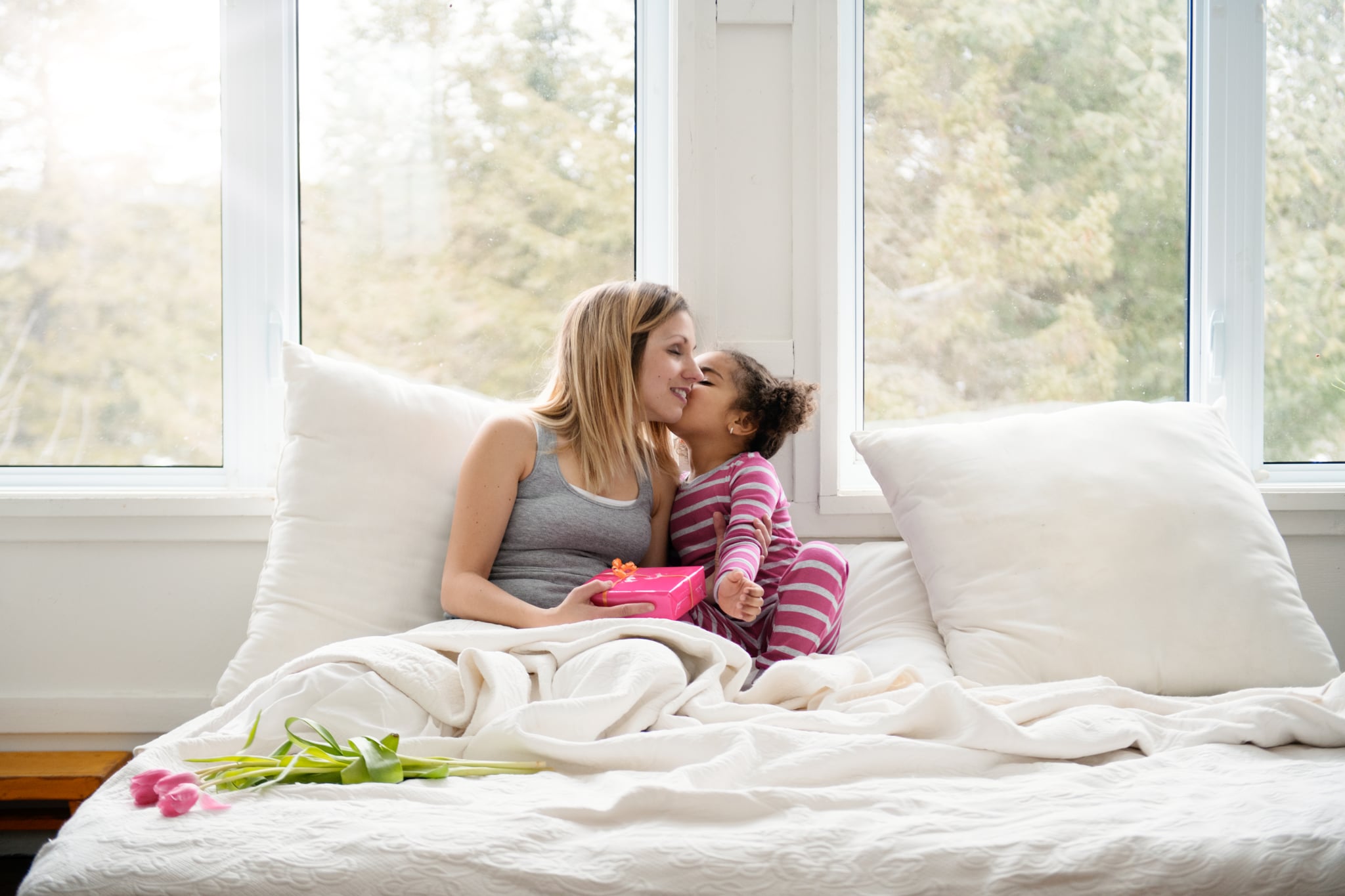 Mother's Day is always celebrated on the second Sunday of May in the United States, but up until I had my own children, I didn't really understand the importance of it. I mean, I bowed to social expectations and used the holiday to take my mom out to brunch, but it was always tinged with an exasperated touch of, "Why am I succumbing to this Hallmark holiday scam?" And I wasn't alone in thinking that way, as other consumers are becoming more weary of the gift-focused marketing tactics deployed in the buildup of expectations around Mother's Day. In fact, the National Retail Federation's annual survey found that consumers were expected to spend a record-breaking $25 billion on Mother's Day in 2019, an average of about $196 per person — the highest figure in the organization's 16-year history of conducting the survey.

When I first became a mom in early May 2008, I was in such a daze that I didn't even realize it was Mother's Day until the morning of. I remember thinking, "Wow, I've only been doing this for five days now — no reason to pat myself on the back just yet," but my own mother had a different plan. She arrived at my house with balloons, flowers, and a feast she had cooked up for me. I felt bewildered by her over-the-top efforts, but then she explained, "You've brought life into this world and are never going to be the same again. Don't underestimate the importance of what today is about. Unlike much of parenting, this day is about you and honoring the work and sacrifices you've already put into this baby." That conversation began the shift in my perspective about Mother's Day.

Over the years, as I grew into a veteran mom, I became more cognizant of the unseen sacrifices and hard work that motherhood entails. It became more obvious to me that most of the daily efforts that go into raising little humans go unrecognized. So what's the harm in taking a day off to honor yourself and other women who are in the trenches with you? I get the part about not wanting to fall into a consumer mentality, where buying gifts is the only way to show someone you care. But there are so many meaningful ways to celebrate Mother's Day and my family finds creative ways to do just that.

Once I was able to make the shift away from flowers and chocolates, it was easy to get my husband on board. We look forward to celebrating Mother's Day (and Father's Day) with creativity and, oftentimes, no gifts! For example, one of my favorite things about Mother's Day is that I get to wake up to a breakfast in bed — for any parent that has ever had a fresh, hot cup of coffee waiting by their bedside in the morning, you know the simple joy that I'm talking about. We try to focus on creating meaningful memories each year. Sometimes that includes getting some quiet time to enjoy by myself, sifting through pictures of previous years together, or taking a fun hike with the kiddos at a state park.

Mother's Day is my day to shine, and even though I don't get a parade (though I really think I should!) or a fancy purse each year, the day helps me commemorate just how hard I work to get my kids raised. Plus, it is such a big deal to my boys, who love pampering their mama and showering me with affectionate letters and homemade jewelry one day a year. I no longer feel exasperated or guilty for celebrating Mother's Day, because I know moms everywhere work tirelessly to better their children's lives — and this job doesn't come with a bonus or performance review each year. It does, however, come with endless cuddles and a homemade trophy that says, "Best Mom Ever!"