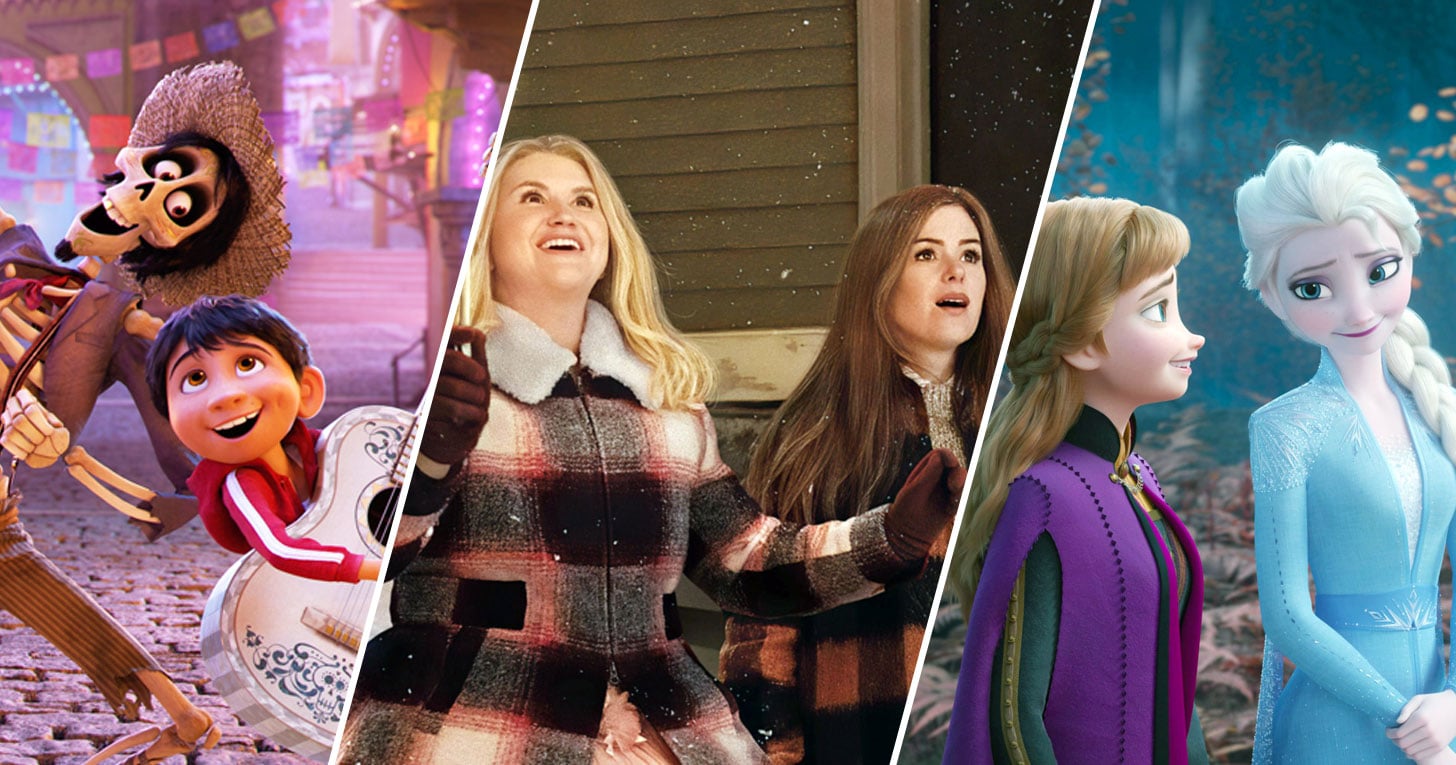 When Anna turned from Kristoff — the perfect guy, c'mon! — to save her sister instead, I cheered in the middle of the movie theater, where I was watching Frozen for the first time in 2013. Later, I wrote a grad school essay about how Elsa was the best independent Disney princess role model (she doesn't need a man to be happy!). As someone with two amazing sisters and three great brothers, I'm a huge proponent of movies that show familial love. After all, I've pretty much always gotten along with my siblings, and we are closer than ever now that we are all grown up. Frozen was one of the first times I saw a children's movie portray that true love can come from your family members — but it certainly wasn't the last. I'm definitely here for this trend, particularly now that I have two kids of my own!

In case you need a refresher, Frozen is about two sisters and their journey toward understanding, confidence, and love. Elsa becomes queen, terrified of her magical ice powers, while Anna seeks to help her, ends up getting engaged to the wrong guy who tries to steal her kingdom, then teams up with a true good guy who helps her save her sister and Arendelle. The traditional fairy tale true love's kiss happens between the two sisters, melting our hearts along the way.

Other movies have followed this trend, like 2017's Coco, 2018's Mary Poppins Returns, 2019's Frozen II, and 2020's Onward. Most recently, I saw the newly released Godmothered, a live action film starring Jillian Bell as godmother Eleanor, Isla Fisher as Mackenzie Walsh, Jillian Shea Spaeder as Jane Walsh, and Willa Skye as Mia Walsh. When Eleanor tries to help Mackenzie find the traditional true love by dressing her in ridiculous gowns, setting her up with a co-worker, and trying to turn her house into a castle, Mackenzie is not happy. But then, Jillian switches her focus, helping Jane overcome her fear of failure instead, and along the way, teaching the entire family how to "live happily." My favorite quote comes at the end, when Eleanor says, "We think that love needs to look a certain way. A prince, a castle, a gown. We're trapped in the fairytale when the real word is full of so much more." So true!

Don't get me wrong — I'm definitely a sucker for romantic love, too. But, I think it's so refreshing to see movies (especially ones designed for kids) that show how amazing love between family members is. For too long, siblings have been portrayed as constantly fighting or annoying each other, when in reality, they often know you better than anyone. In my case, my siblings make me laugh until I cry, and I know I can always turn to them for honest, deep conversations. I love them, and I'm proud of them.

I want my boys, now 3 and 1, to grow up loving each other, supporting each other, having fun with each other — instead of living their lives in search of a princess or a prince to fall in romantic love with. Sure, I hope they get married and find a forever companion one day (just like their dad and I did), but I also hope they enjoy every precious moment of sibling and parent love they can get in the meantime. Movies like Godmothered and Frozen not only encourage this, but also normalize it. Right now, my kids call each other their best friends, and my heart is full. Can we please get more of this in movies?

TV
Carl From "Up" Is Dating Again in Disney+'s Short Film "Dug Days: Carl's Date"
by Sabienna Bowman 19 hours ago