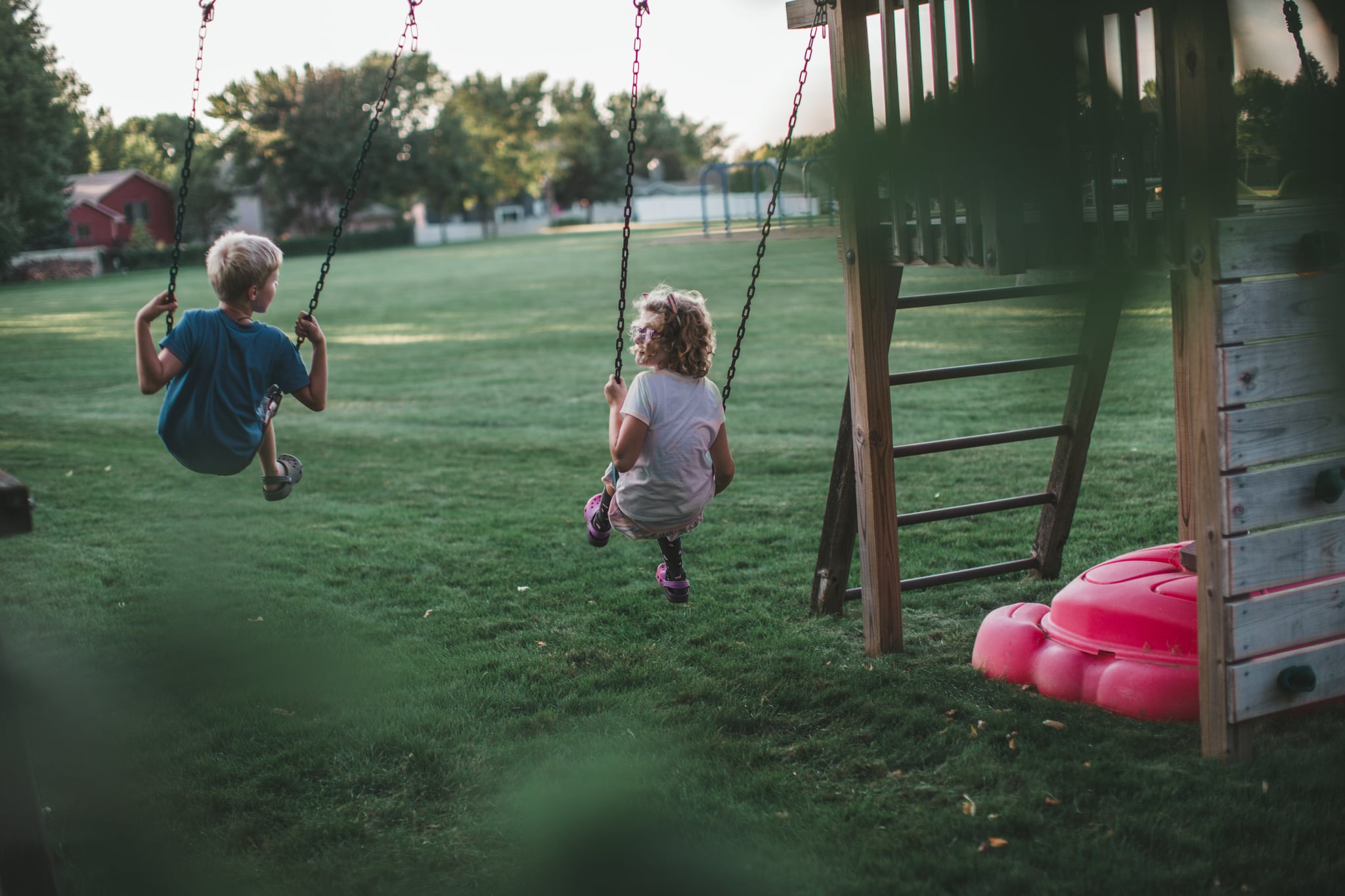 My brother and I have always had a complicated relationship. One day we're best friends, and the next we are screaming at each other so viciously that we ruin Christmas. Part of the reason our relationship is so complex is that when I was 15 and he was 13, we were separated. He lived in Manhattan and I lived in California, and that separation had a deep impact on both of us and how we treated each other.

Our parents divorced when my brother and I were both very young, and they were separated for a while before that. Neither of us really have memories of them being together. When they divorced, our father moved to New York City to work and my mother moved to a small town in the Bay Area, not far from where she grew up, to be closer to her family. My brother and I lived full time with our mom and we saw our dad on weekends when he'd fly to California to visit us.

It was my idea to go live with our dad in New York, my brother originally just kind of went along with it. I'd called my dad begging to let me come live with him. We both missed our dad deeply and after spending hours watching Gossip Girl, I thought I could go live the glamorous life of Manhattan's elite. It didn't quite work out the way I planned. I hated New York. Everything was crowded and dirty, and I didn't fit in at my fancy private all-girls school. By the end of the school year, I was dying to go home, and for once both my parents agreed.

Related:
How My Relationship With My Brother Changed When I Went to College

My brother had the opposite experience. He was never quite comfortable in the small town we grew up in, and living with my dad gave him that stable father figure he needed. He loved his school, was popular and made friends easily, and had no intention of going back to our mom's house. So we separated. I moved back to California with my mom, and my brother stayed in Manhattan with my dad, stepmom, and our baby sister.

Our separation wound up being much harder than we could have ever anticipated. The brother I was used to seeing every day, whether it was to scream at each other or protect each other, was now 3,000 miles away. We had always fought, but our fights took on a new ferocity. We didn't know what to do with each other now that we lived in such completely different worlds. There was a lot of jealousy and resentment, especially on my part. I chose to go home, but I worried that my choice meant he was going to live a better life. He went to a better school, had better clothes, and had way more freedom than I did. I always thought it was unfair, and I was jealous. We had the same two parents, but we were being raised in completely different ways, which gave us a complex about each other. We didn't realize that we were still the same people that we always were and that we had more in common than we realized.

The separation led to a lot of long and awkward silences. A lot of people asked about my brother, and I had to admit that we weren't really on speaking terms. Our relationship was very strained during these years. We would text sometimes, but we didn't seem to have much to talk about. When we did see each other, we would mostly just argue or make underhanded bratty comments about each other. It was horrible. Our whole family felt the tension that had grown between us.

Related:
My Siblings and I Don't Get Along — but It's Taught Me to Love Myself

Several years after the separation, when we were both adults, living our own lives, our grandmother passed away. She was a force of light and goodness, and her loss impacted us both deeply. At this point in our lives, we would have been separated anyway — I was still in California, going to college and living with our mom. He was in on the East Coast going to an Ivy League school. It was normal for us to be apart now: siblings don't stay together forever. The tensions over being raised separately started to evaporate, because no one was raising us any more. Teenagers are notoriously emotional and not great at controlling themselves, and we were both past that stage. We also had a common emotion: grief. He was the only person who truly understood what we had lost. Our grandmother and grandfather took care of us every Friday afternoon for most of our formative years. They were our consistency in an otherwise chaotic childhood.

After Grandma's celebration of life, my brother and I sat up talking well into the night. We reconnected, and we realized what we had in each other. We never acknowledged it, but something about losing someone so close to us made us realize how our separation didn't need to mean a permanent split in our relationship. We were honest with each other about why we had been so upset over the years, and we both agreed to let things go. I talked about my jealousy, and he talked about how my attitude and insecurities impacted him. We both apologized for a lot of things that had been said in anger. Our family is not the most simple of families, and we realized that we were better equipped to manage all that working as a team. It's what we always did when we were little, and it's what we needed to get back to. My brother and I still live on opposite ends of the country. He's an East Coast man, and I will forever be a California girl. Now, though, we are closer than ever. When family drama pops up, or we just need to talk, we can turn to each other with no tension or awkwardness. I send him memes all the time. My brother is my best friend again. I am proud of everything he achieves, and 3,000 miles isn't anything to break the bond we have. Sometimes I think he's the only person who truly understands me.

Through this, I've learned that siblings shouldn't be separated if the situation can be avoided. Our separation caused problems that didn't need to exist, and our relationship suffered for it. We lost time we'll never get back. But I also learned that separating from a sibling doesn't need to be a permanent problem. The key is to remember what brings you together, and not what separates you. We may have different lives on different sides of the country, but a sibling is something sacred. And now I know my brother and I can make it through anything.