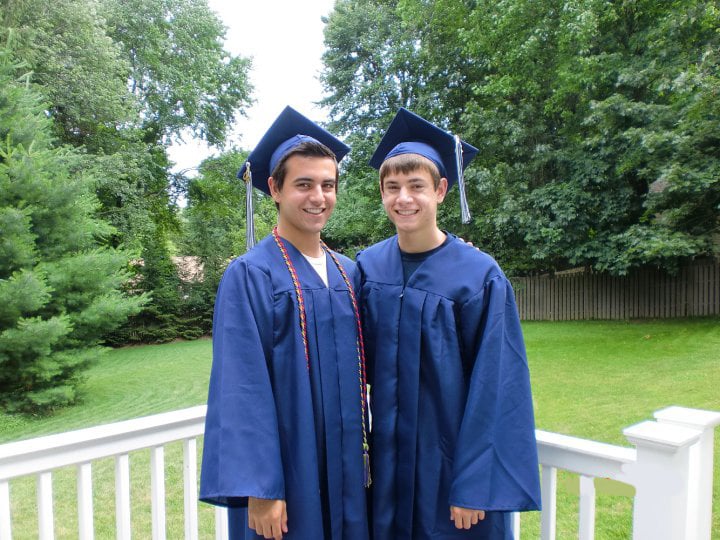 I had a shadow growing up. Whether I knew it or not, my shadow was always with me, even when I didn't want it to be. I tried to run away from it when I was mad at it, but no matter how mad I got, it was still there, right behind me. Most days I loved my shadow — with it I'd never be alone. It threw the ball back when we played catch, kept up with me when I ran, and always kept me company. My shadow is my brother Thomas, who's 18 months younger than me. My parents had their hands full, with my older sister Nikki (who's 18 months older than me), leaving me a middle child in its truest form. 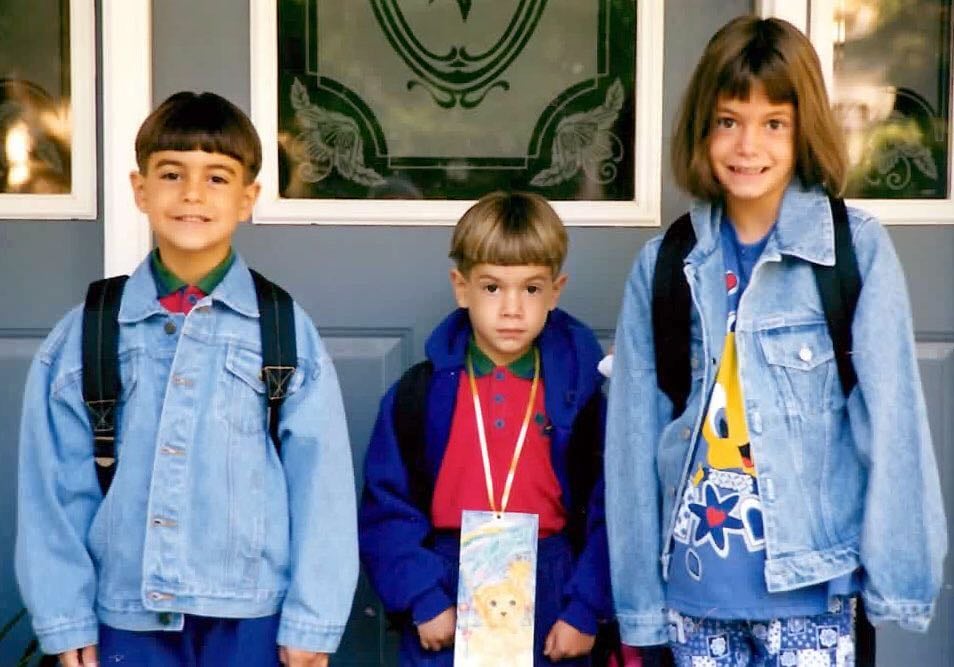 To me, brothers aren't friends, brothers are brothers — closer than a friend, and someone that you don't get to choose. My brother is the yin to my yang; we can't be more different from one another, but that's why we complement each other. He's a sports fanatic, following everything from soccer to basketball, and he is a fitness aficionado, while I know way too much about music, pop culture, and may be the biggest Jeopardy fan.

Growing up a year apart in school, we were a package deal, doing everything together, and as kids, it wasn't by choice. My name wasn't just "James," it was "James and Thomas," which I liked because I always had someone on my team. We were each other's sidekick, and along with my sister, we never found ourselves bored at home. My mom always bought two of everything in different sizes for us, from matching shirts, jackets, and even sneakers. My mom had us signed up in every activity together, from soccer, track, and gymnastics to a ceramics summer camp. But because we each had our own passions, it never became a competition. 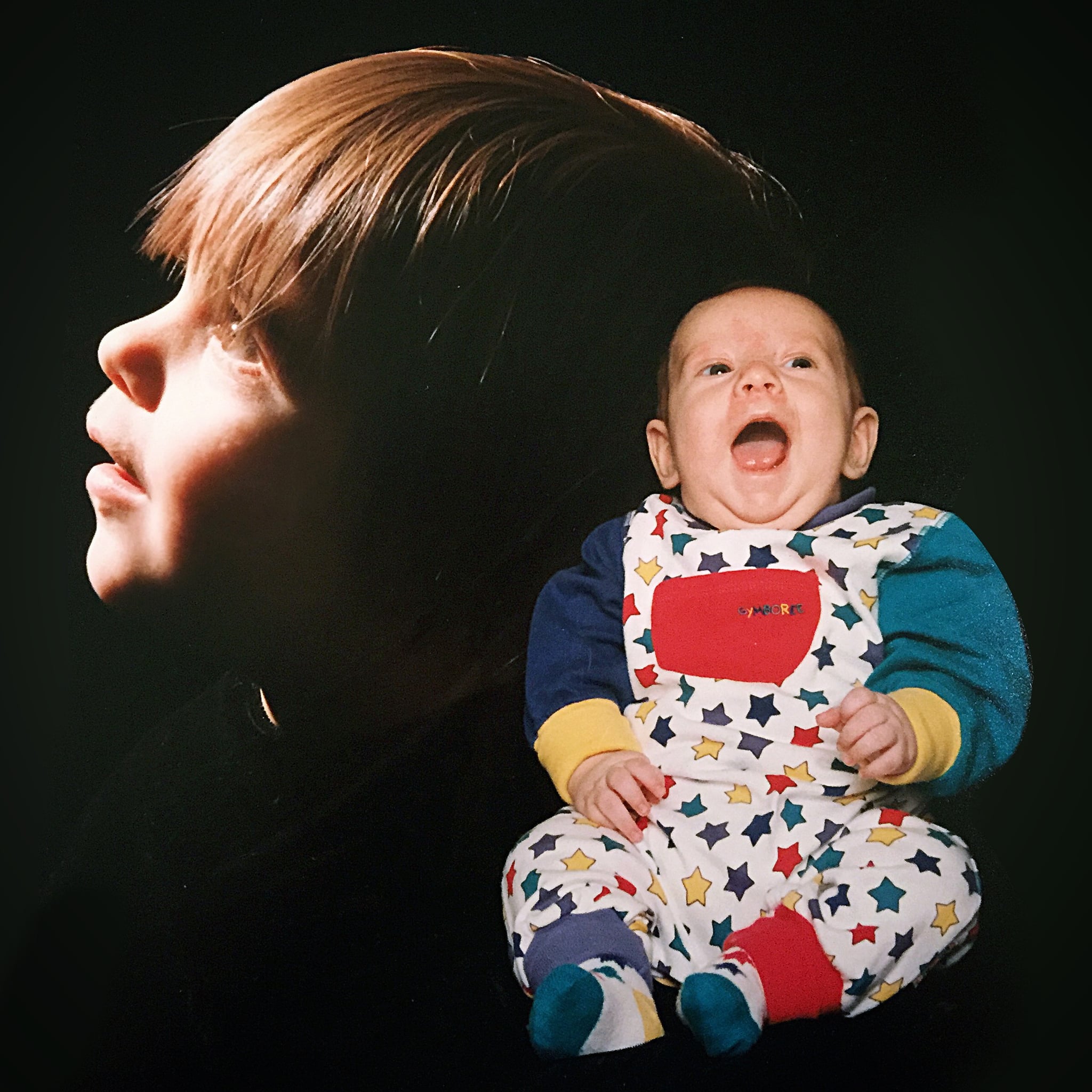 What's different now that we're adults is that our actions are a choice, whereas growing up, they weren't. Though we have our own circle of friends, we share a lot of mutual friends, too, because we were always together growing up. I never have to worry that if I brought Thomas to a party with my friends he'd never met, he wouldn't fit in or be awkward — we complement each other. And if we can't get together with friends, it's no big deal because we have each other, no flying solo here. Of course we still argue, especially when I'm not doing a set correctly at the gym, but it's nothing that is going to last through the next morning.

My sister is a single mom, so we get to share being an uncle and navigating that together. My nephew Alexander takes full advantage of this package deal, from playing basketball with Thomas to making all school art projects with me, so we've got everything covered with my sister as the CEO of the operation. We have "uncle days" where Thomas and I take my nephew on an adventure — our last one being to the Museum of Natural History in New York City. 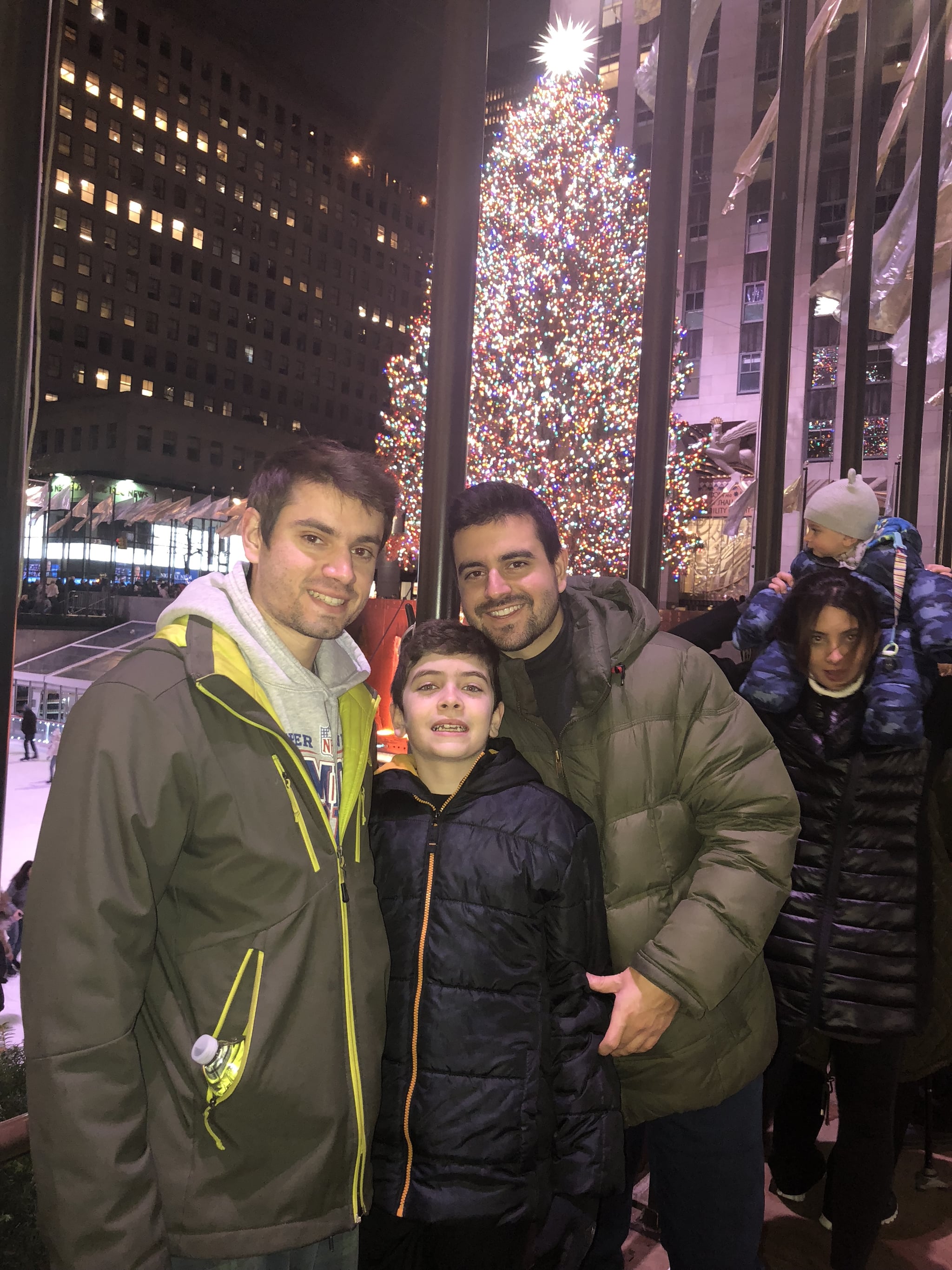 A few summers ago, Thomas took a job in Iowa as a prep college basketball coach, 1,000 miles away from where we live in New Jersey. When he first left, it was weird because I didn't have my shadow anymore. I never realized how much I depended on it, and for the first time, I was just "James." The balance was off; going out to bars with our mutual friends, we'd just spend the beginning of the night talking about how weird it was without Thomas. Of course I was happy for him to chase his passion and to be doing what he loved doing (be it in New Jersey or across the country), but I missed him. One thousand miles away or not, we remained close, and it gave me a chance to learn to walk without my shadow, chasing my own passions and even venturing into social activities solo.

After three years in Iowa, Thomas moved back to New Jersey, and it feels like the good old days again. I feel like a part of me is back, and I get to be a package deal again, while still having space to forge our different paths. It's funny how no matter how much time passes, certain people can just pick right back up as if it was no time at all. 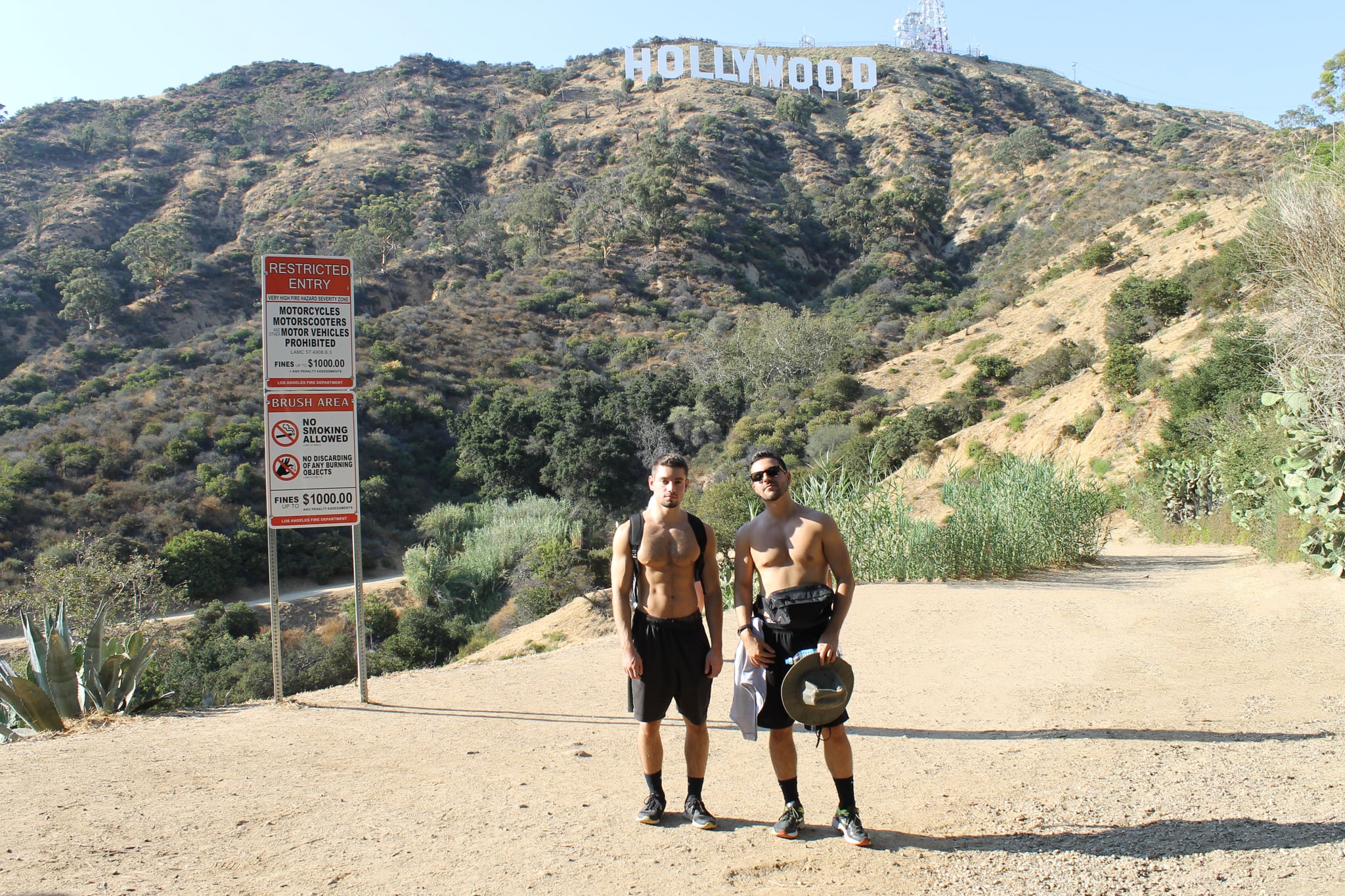 My parents didn't just give me a childhood, they gave me one to share. Looking back on my upbringing, it was never just me but always with my brother and sister. We each brought something different to the table, and that's how my life has gone — part of a team. My parents did good, because they gave me my best friend who I didn't get to choose at first but who I think I'm going to keep around.