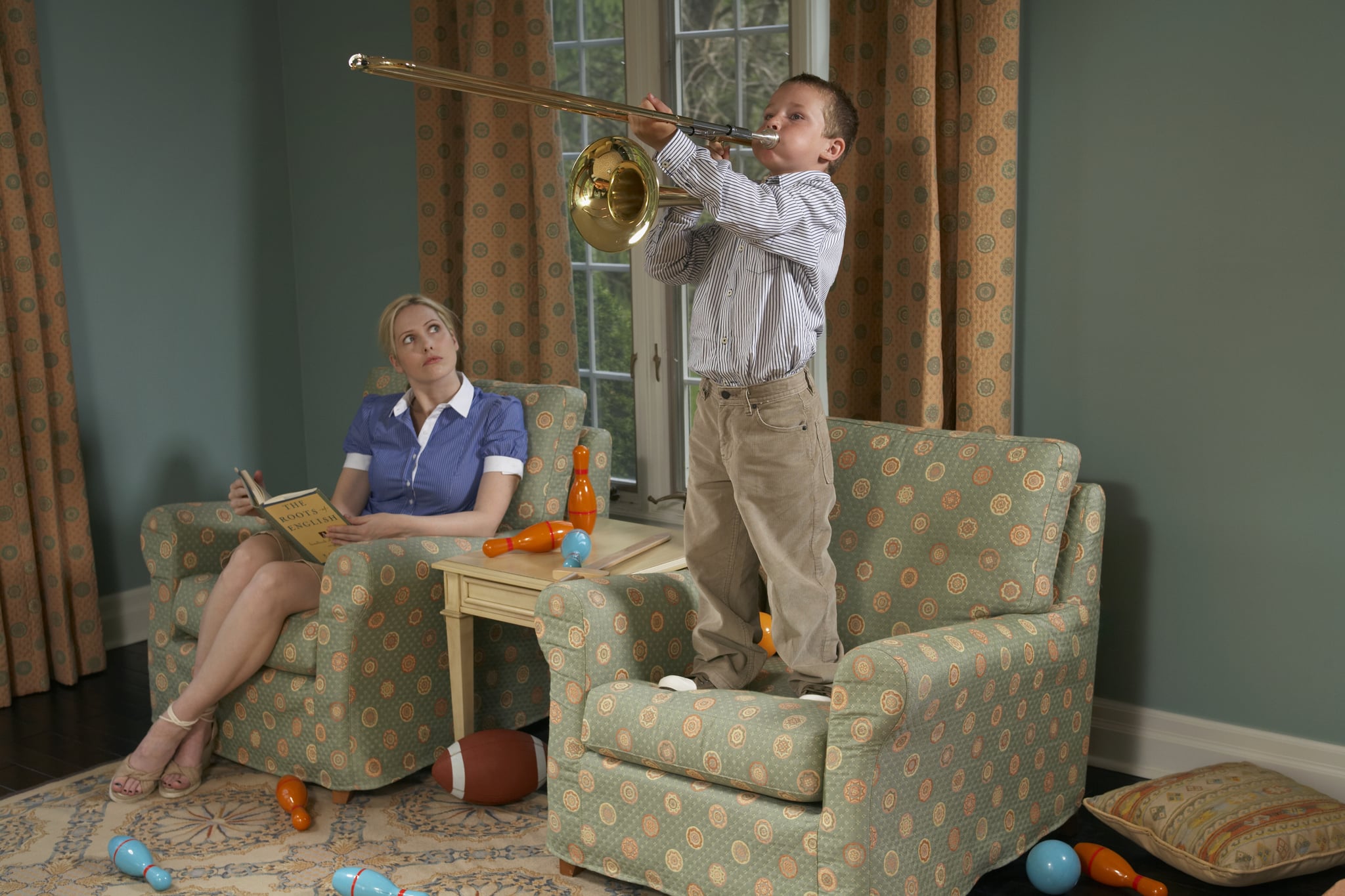 Think back to a time you and your kid were in the presence of a friend of yours, one of those adults who just doesn't like kids — doesn't want them, doesn't care to play with them, doesn't enjoy being in the same room with them if they can help it. Got that person in your mind's eye? So, I do, and I finally see what they mean. These days, I've begun to see my kids the way those people who don't like kids have seen my kids. They are, frankly, annoying AF.

Let me back up.

My kids are great. I'd venture to say they are better than all the other kids on the planet (I may be biased), but that's what makes me feel like I can't be the only one who is finding their children way more annoying than usual lately. So many of the things they do — many of which I used to think were adorable or endearing — are now irritating me in ways they didn't before.

I'll start with an example.

These days, I've begun to see my kids the way those people who don't like kids have seen my kids.

My daughters love telling jokes. It all began when my dad taught them their first knock-knock joke ("Knock, knock." "Who's there?" "Cantaloupe." "Cantaloupe who?" "Cantaloupe tonight, Daddy's got the car!"). They didn't understand the concept of covert marital ceremonies whatsoever, but it was adorable to watch them learn the joke and deliver it with varying degrees of success.

So, of course, I thought, we're stuck at home — let's learn some new ones! Big mistake. My youngest continues to deliver the "MOOOO!" about 11 seconds after the "interrupting cow who?" lead-in, and it's making my eye twitch.

My oldest? She's still working through the classic banana-orange knock-knock joke. You know, this one:

She'll sometimes go straight to orange after just one round of banana, or she'll forget and start the joke out with orange. Who even does that?! An assh*le, that's who. Once, hand to God, she ended it with "Banana you glad I didn't say orange." Maybe I'm expecting too much, but after 72 daily attempts, I no longer want to workshop these with her. She's made me hate jokes. Nothing is funny anymore.

Related:
Please Stop Telling Me I Should Be Grateful For This Time With My Family

And it's not just a bad delivery of a "you can't tuna fish!" punchline — an occurrence that used to give me heart eyes. It's all the former-heart-eye-inducing sh*t they do! Their tone-deaf, top-decibel rendition of "Into the Unknown" used to receive a standing ovation from yours truly. Now, I offer a rating from one to 10 (they've been hovering around 3.2 for weeks now) and mumble something vicious under my breath about voice lessons. The way they jumble lyrics, a thing I also do and used to gleefully record for posterity, is somehow now a form of torture: "It's 'I do my hair toss, check my nails,' not 'hair talk!' Why is that so hard for you to understand?!"

I'd consider giving them a taste of their own medicine by shouting "watch me!" as a type out an email to my coworkers on my laptop, but I fear they'd actually find that fascinating.

Their incessant "watch me!" followed by some unimpressive couch jump used to have me oohing and aahing and declaring, "You're so brave!" Now that I'm hearing "watch me!" or "look at me!" or "you're not watching!" or "LOOOOOK AT MEEEEE!!!" roughly 15,783 times per afternoon, I'm ready to heave my couch onto the curb, and I'd consider giving them a taste of their own medicine by shouting "watch me!" as a type out an email to my coworkers on my laptop, but I fear they'd actually find that fascinating.

The way my perfectionist daughter takes a half hour to make her bed? Dreadful.

The way my little one peels the paper wrapping off crayons and hides the remnants in her pockets, so they end up clogging my washing machine? Rage-inducing.

Their joint capacities for being sore losers during a game of Old Maid? Oh, f*ck that sh*t.

The thing is, I bet their collection of tiny f*cking pebbles that they are finding me just as obnoxious right now. I'm sure it's like nails on a chalkboard every time I say, "If you just let me focus for one more minute . . ." I'm all but certain that my micromanaging the amount of sidewalk chalk or Elmer's glue — two products where demand seems to exceed supply these days — they use is a real buzzkill. And in a real personal low point, my daughter has told me herself that she doesn't like how much I'm on my phone.

They say absence makes the heart grow fonder, so it makes sense that spending every literal waking moment with your kids will make your heart blacken up like a three-week old banana — you know, the one your kid begged you to buy while making once-cute monkey noises but then refused to eat.

I can't wait for the day when my kids will teeter more toward adorable than annoying, but when that day comes, I will nod a bit more knowingly to all those friends who dutifully pretended my kids didn't get under their skin. I've seen what they've seen, and it ain't pretty.