Fashion meets film in the upcoming release of Marvel Studios’ Black Panther. We've teamed up with the film to reveal the stunning inspiration designers used to create bespoke pieces for a special Welcome to Wakanda event.

Welcome to Wakanda! At least, that's what it felt like when you entered the Black Panther New York Fashion Week event. The Marvel Studios film is already poised to be a cultural moment as the first global superhero blockbuster to feature a primarily black cast and a black director. But this Friday, as you're transported to the fictional African land of Wakanda, be prepared to be blown away by the fashion, too.

The film's costume designer, Ruth E. Carter, was inspired by different tribes of Africa and reimagined pieces in a futuristic, technologically advanced model. On Monday, that same inspiration was seen at the Black Panther: Welcome to Wakanda Fashion Week charity presentation. Designers including Chromat, Cushnie et Ochs, LaQuan Smith, Ikiré Jones, Sophie Theallet, and TOME were selected to design bespoke pieces inspired by the film based on their dedication to empowerment and individualism through fashion. Each piece was auctioned off via Charitybuzz.com after the event to support Save the Children.

"Black Panther is visually stunning, from the backdrop of Wakanda to the beautiful, intricate costumes, with technology playing an important role throughout," said Jimmy Pitaro, chairman, Disney Consumer Products and Interactive Media. "Each of our partners have taken inspiration from the incredible storytelling, empowering characters, and iconic look of the movie, while bringing their own unique aesthetic to the designs." 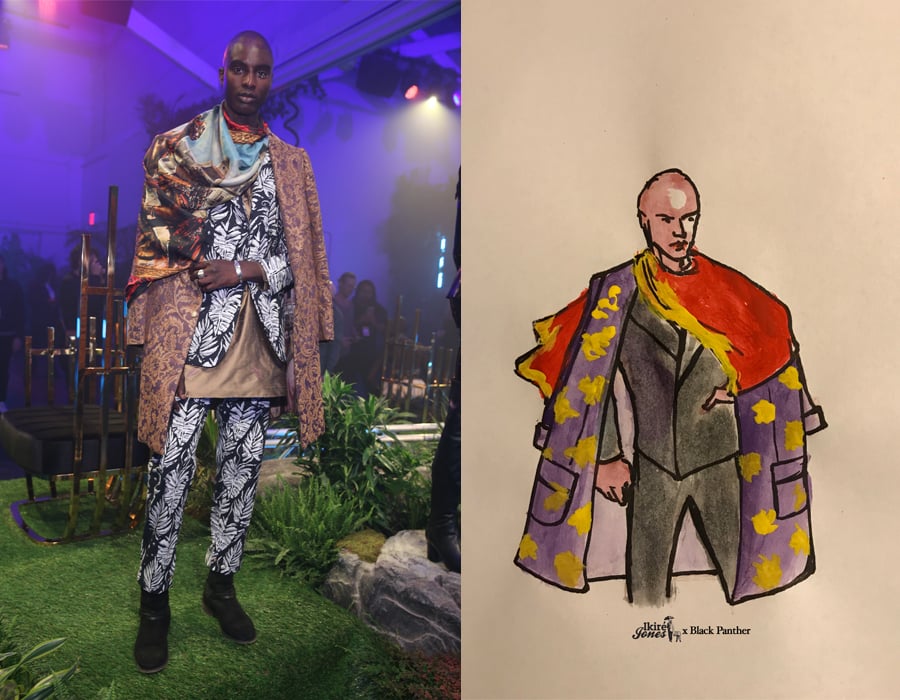 The timing of this release is particularly noteworthy during our current cultural dialogue and Marvel Studios' Black Panther is already setting records for its advanced ticket sales and empowering representation of strong women and diverse heroes.

So when Walé Oyéjidé, the creative director of Ikiré Jones, was asked what his reaction was when asked to work with the film, he simply said: "It made sense."

"As a menswear brand, we've always used fashion to cast a light on issue and as a vehicle to uplift voices that have generally been unrepresented," says Oyéjidé.

Ikiré Jones, whose menswear pieces were also used in the movie, designed a bespoke piece worthy of the Black Panther, but that took inspiration from multiple cultures and societies. According to a press release, the jacket was made to illustrate a story of migration and refugees who remain noble, regardless of the turmoil that meets them at the boarder, while the scarf was designed to celebrate the triumph of an African king while mirroring the themes in Black Panther. 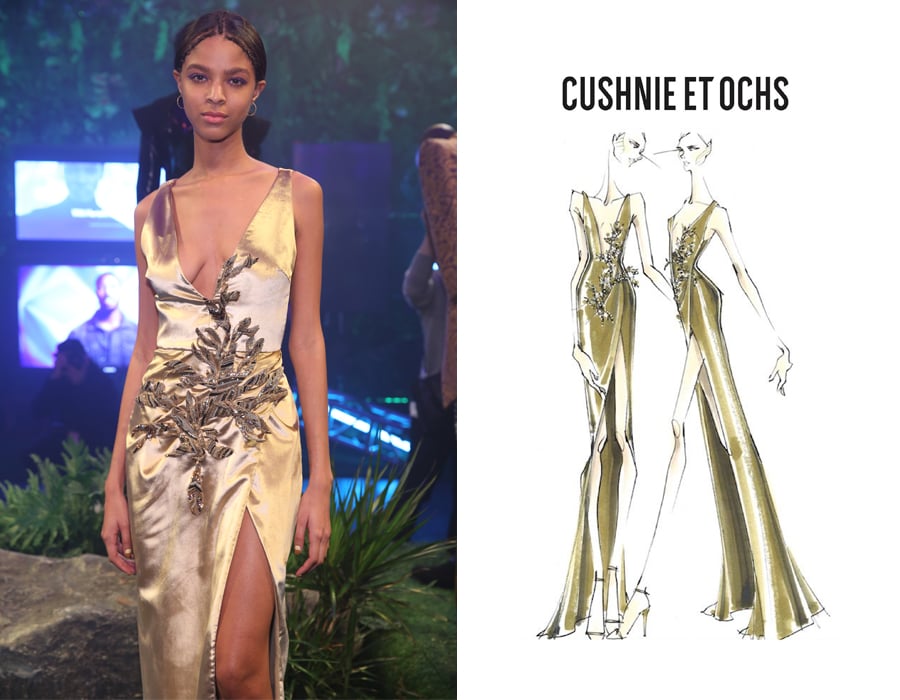 While inspiration seemed to come from all over, designers Carly Cushnie and Michelle Ochs of Cushnie et Ochs drew heavily from the 1966 comic books when they first started designing their gold velvet lamé gown. "The heart-shaped herb really stood out to us when we were researching the comics and we knew immediately we wanted to incorporate that into the design," Ochs said. But then once they realized what an empowering role women play in Wakanda and in the film, they knew they wanted to add a warrior women element. "We wanted to embody the same female strength portrayed in the film, creating the illusion of liquid armor." 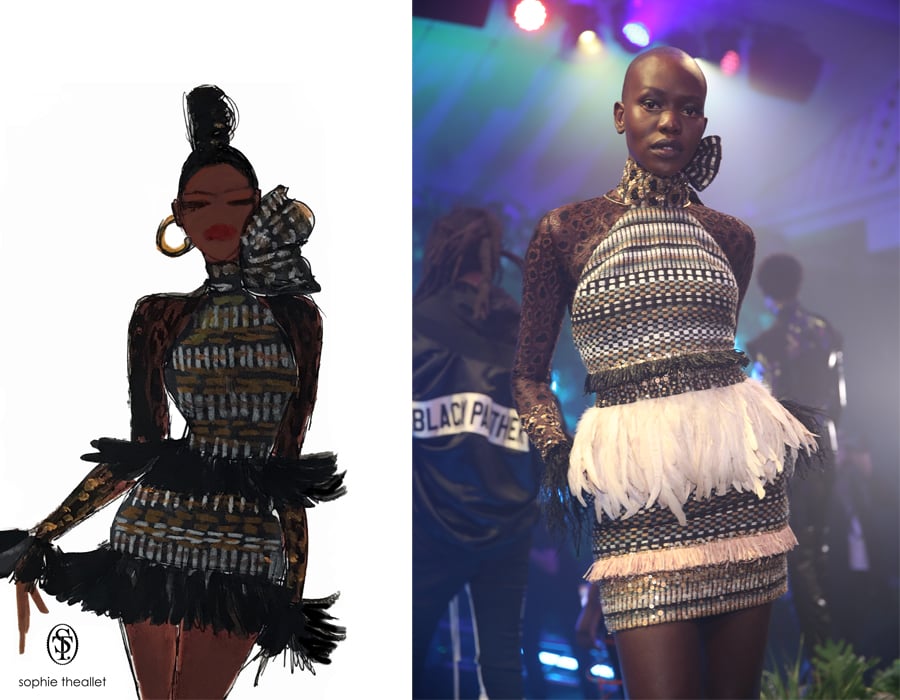 As for designing a piece for charity, designer Sophie Theallet said it was a joy creating a look that would not only raise awareness but also go toward a worthy cause. "We're doing this for the younger generation, so they can see a black superhero and feel empowered."