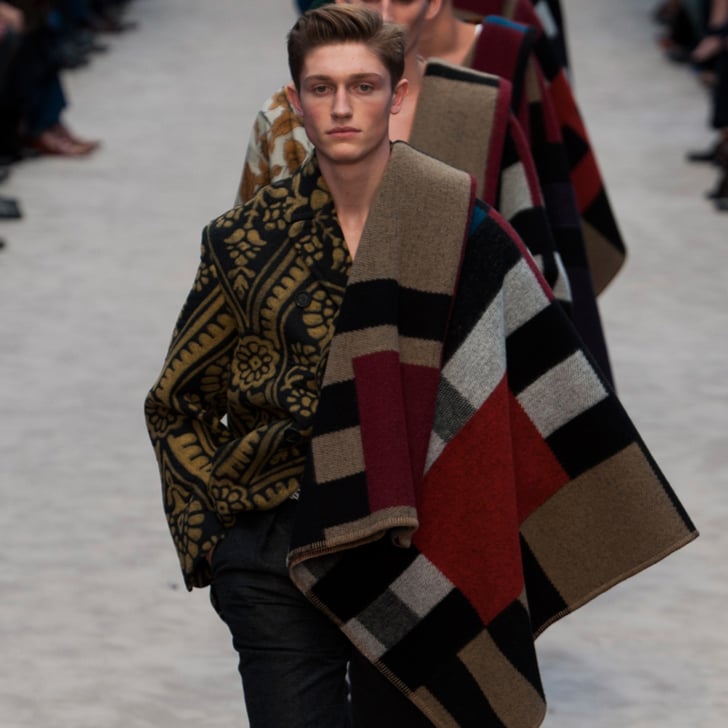 Christopher Bailey clearly isn't letting his new role as Burberry's CEO get in the way of his duties as the house's creative director. His men's Fall 2014 collection, presented in London on Wednesday, was as much a tribute to Britain as it was an exhibition of his skill as a designer.

The collection celebrates London first and foremost: the facade of St. Paul's Cathedral was seen on a navy sweater, while silk scarves and shirts were printed with aerial maps of the city rendered in brilliant shades of orange, green, blue, and purple. The house introduced a new oversize tote called the St. Ives, which shares its name with a seaside town in Cornwall. And the models closed the show wearing Scottish woven scarves big enough to double as blankets.

Bailey tied all of these elements together with an artistic thread of hand-painted items, leaving his romantic signature on leather versions of Burberry's classic caban coat and a selection of printed bags. And if it looks this good on the boys, it'll be exciting to see whether these brushstrokes filter into Bailey's women's collection next month.