One is a model, one is an actress, both use fashion as a means of communicating in unique and unexpected ways. We partnered with Kenneth Cole's Courageous Class to tell empowering stories and inspire you to view fashion as an outlet and a way to convey challenges and triumphs.

Daughter of Jamie, Corinne Foxx has been in the spotlight her entire life. "When I was younger, I really did not like the idea of having attention on myself. I actively avoided being in the limelight. But at one point, I realized that no matter how much I craved normalcy, it wasn’t going to happen," she explains. "People were going to follow me, be interested in me, want to know what I’m doing — no matter what." She said that sparked her decision to use her platform and voice for the greater good and see what she could do to help. "I reached out to organizations that I truly believed in and asked, 'How can I help?' Those organizations were NAMI and Girl Up." 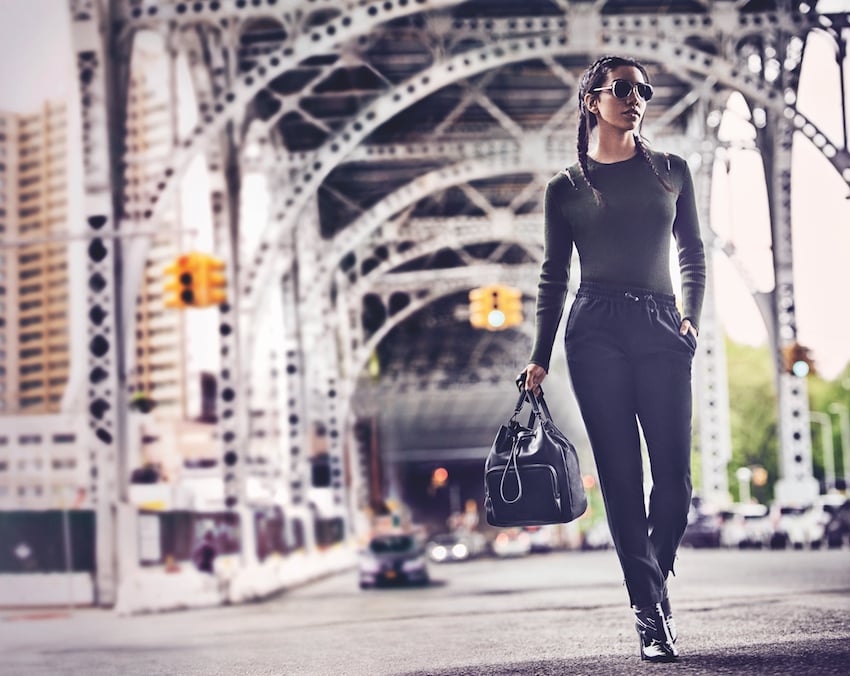 As an ambassador for NAMI (National Alliance on Mental Illness) and an advocate for UN organization Girl Up, Corinne is trying to change the narrative around mental illnesses, like anxiety and depression, while encouraging young woman to support one another instead of tearing each other down, especially on social media.

"I definitely believe that social media can fuel anxiety and depression," Corinne explains. "Social media can be one of the most isolating places on the Internet. We only post about our happiest days and our biggest accomplishments. If you have anxiety or depression, you can easily compare yourself to other people’s curated lives on social media. It’s suppose to be a place of connection and inclusion, but it’s actually quite the opposite."

"I've definitely felt isolated from social media. I think we all have."

Corinne often uses her own social following to destigmatize anxiety and help others feel less alone. "I’ve definitely felt isolated from social media. I think we all have. We all wonder, 'Is everyone really having the best day of their lives everyday?', 'Is it just me?'. If you suffer from social media-related anxiety, I would suggest posting about it. I would be vulnerable and make a post about having a bad day. By doing that, you can start a trend by being more real and open. I guarantee that you’ll have more comments, more likes, more authentic engagements than any other post. People are craving real, genuine connection, but they’re scared to do it first. 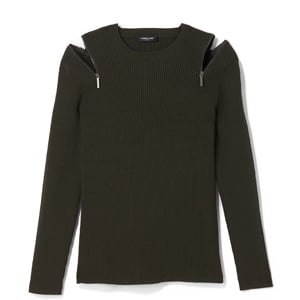 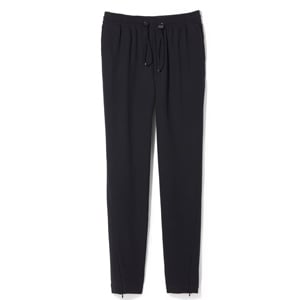 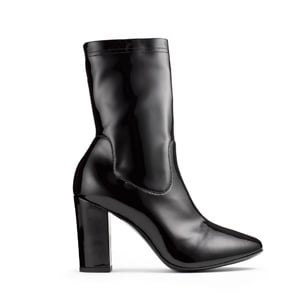 Casil McArthur had been modeling since the age of 10, so he had already established his career when he decided to transition. "It wasn't hard to be accepted," he explains. "It was just a really weird situation for me and everybody else involved because nobody knew how to handle me at first — even myself. All I knew was that I had the will to do this and the people to support me, so it worked out. It took a lot of learning for everyone, but I feel completely accepted as a male model." 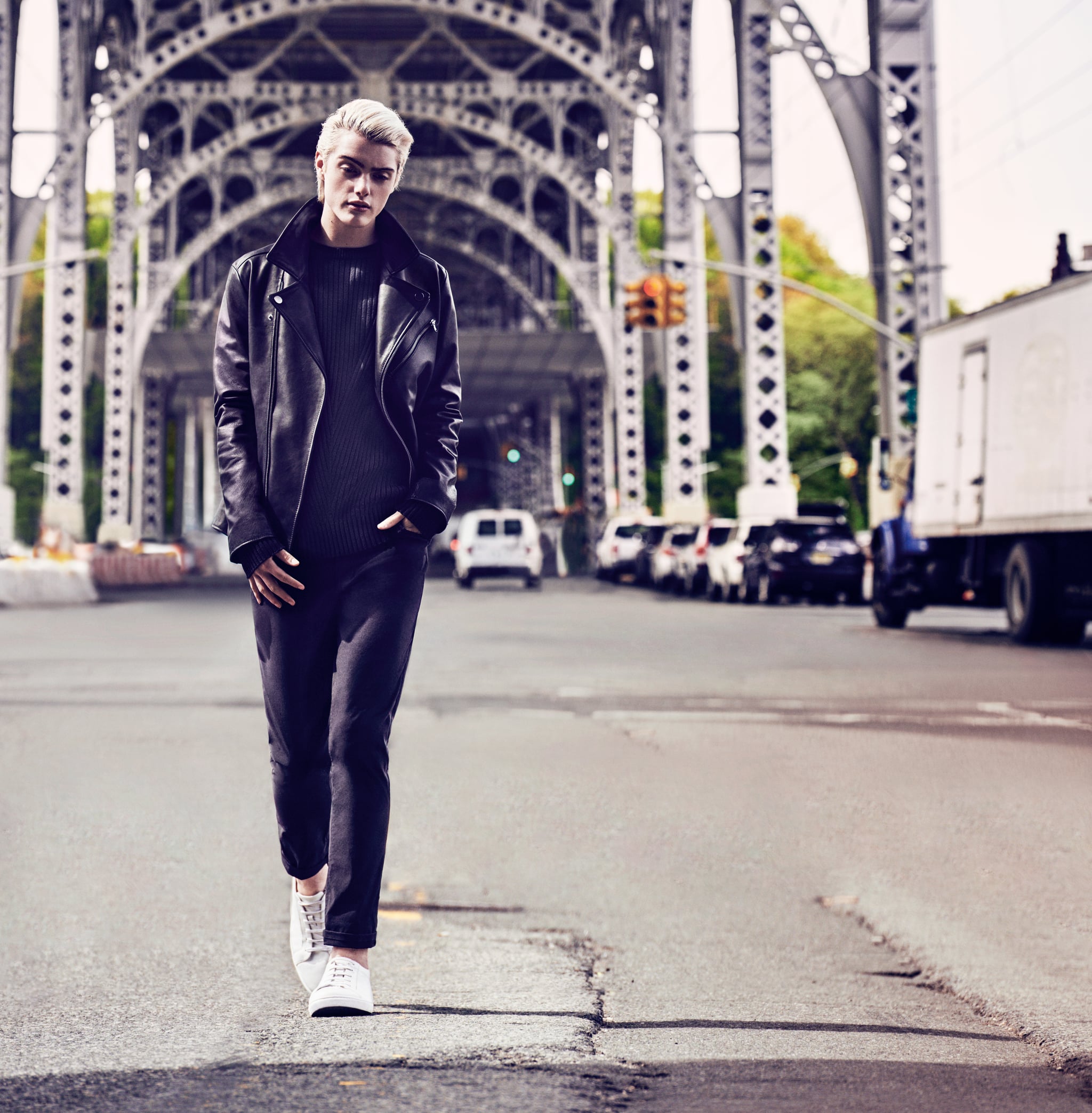 "It's important that trans-individuals see that nothing is impossible because of who they are."

Now as a trans-model, Casil struggles with the label, but embraces his position as a role model in the trans-community. "I don't like being tied to the trans-label. Thats because I feel like when I am labeled as a trans-male model, it separates me from the rest of the male models, and I don't want to be separate from them. I am a man, so I just want to live out my life as that, without always being reminded of being transgender. That said, It's completely important that I am public about myself, who I am, and what I've gone through because it's important for trans-individuals see that nothing is impossible because of who they are," Casil says.

As a role model, Casil says his job as a male model in the fashion industry has put him in an unique position of influence.

"When people see me in a magazine, they're getting used to the idea of trans-people existing, and in a way, they're being forced to learn about it and then eventually come to a point of acceptance," he explains. "I'm glad that younger trans-individuals can see me and see what I'm able to do and know that they can do the same — who they want to be won't stop them from succeeding the way they want to."

There are also a few misconceived notions he hopes he can help dispel.

"We're not confused people, we love ourselves a lot, even when we don't want too, because that's what it takes to survive when you struggle with gender dysphoria," he says. "I personally wish more people would learn how to ask a person's preferred pronoun before assuming. Trans is beautiful and free, individuality is important to every single person, and it's important we respect that for everyone." 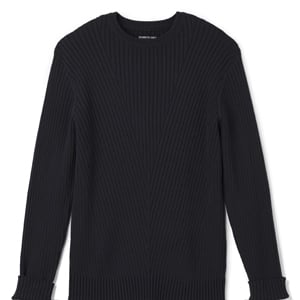 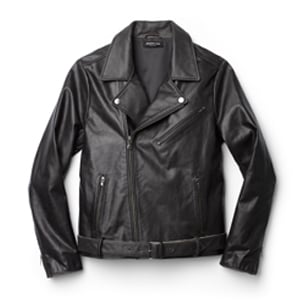 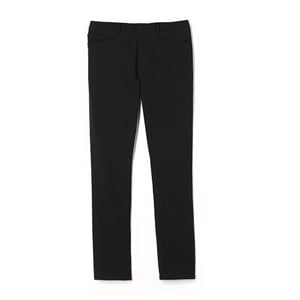 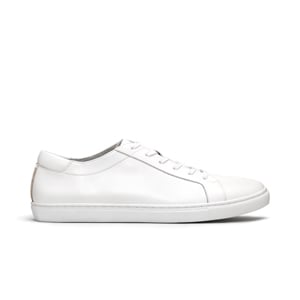 Both Casil and Corinne use fashion and their roles in Kenneth Cole's Courageous Class as a way to propel their messages forward. They take a no-rules approach to fashion and view it as a creative outlet as well as a way to arm themselves — from the feet up — against stereotypes and haters.

Casil uses his job as a male model in the fashion industry to defy gender stereotypes and help others feel more confident to wear clothing that makes them happy. "My favorite color is pink, and I love flowy stuff — I have a very huge style range honestly," Casil says. "I'm a man, and I love dresses, I look great in dresses, and I can still be a man while wearing a dress because I'm still a man any other time. So you could say one of my goals in life is to help everyone forget about gender stereotypes, and genderized clothing, and just wear whatever makes you feel good."

"I look great in dresses, and I can still be a man while wearing a dress because I'm still a man any other time."

For Corinne, she feels the most creative and inspired when she's doing something out of complete authenticity and with a genuine heart. "For me, style is about feeling comfortable in your own skin. I love to dress in a way that makes me feel empowered and good about myself. I really try not to let other people’s opinions or ideas of what I’m suppose to be wearing influence me. I know what makes me feel good, and that’s all that matters," Corinne says. "Fashion is definitely an expression and extension of yourself. It’s actually pretty powerful because you can change how you feel by how you dress." 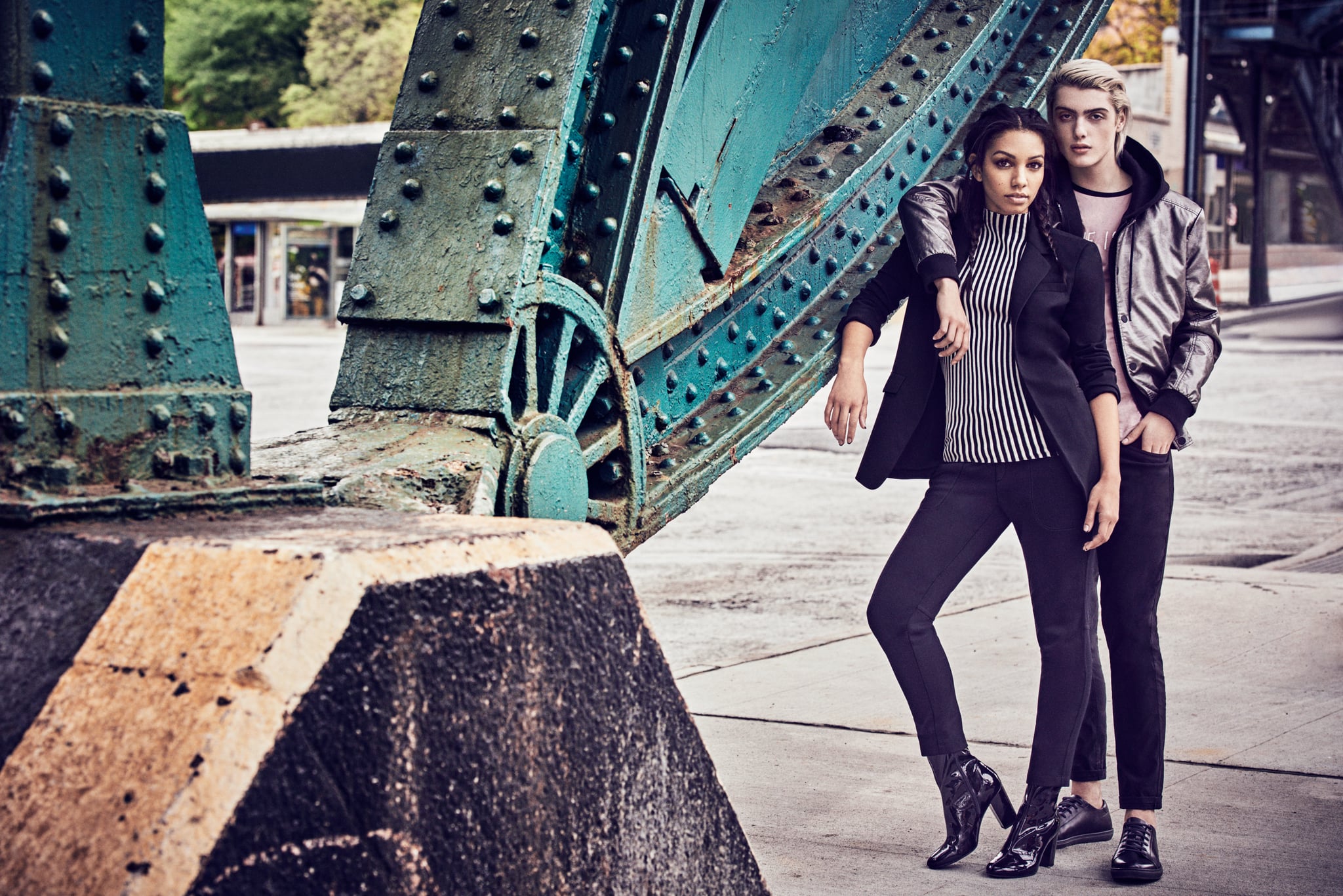 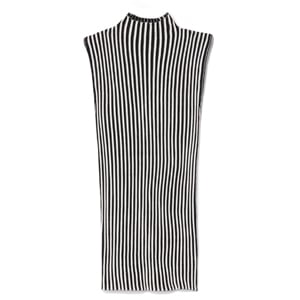 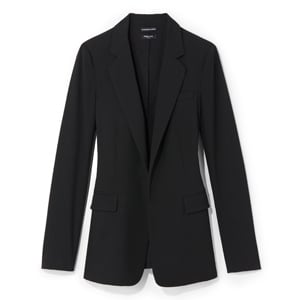 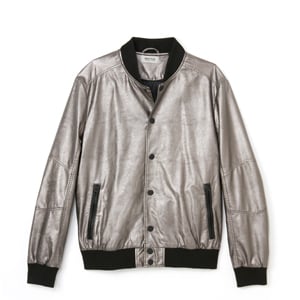 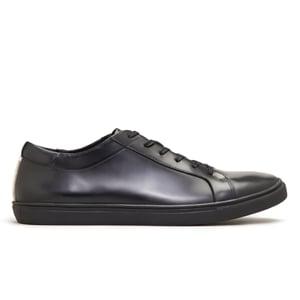 SHOP MORE PRODUCTS FROM THE KENNETH COLE COLLECTION BELOW 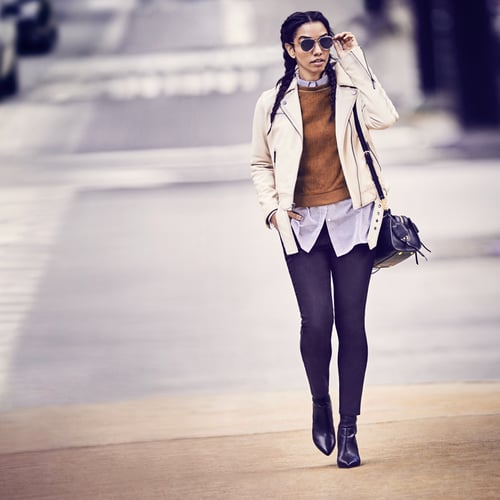 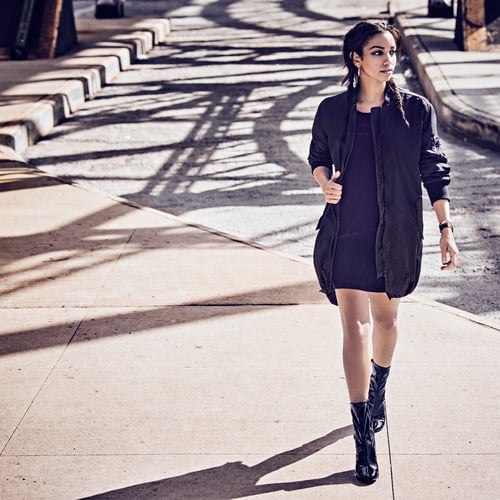 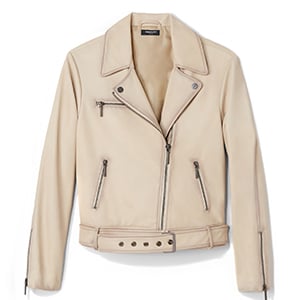 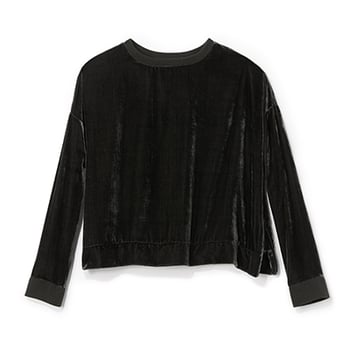 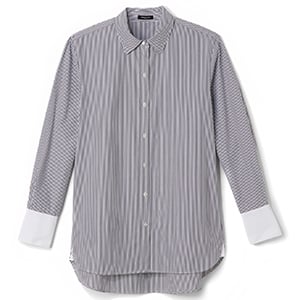 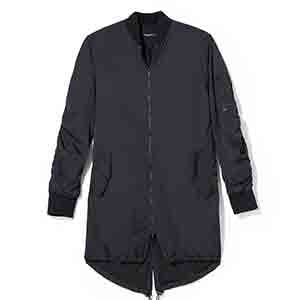 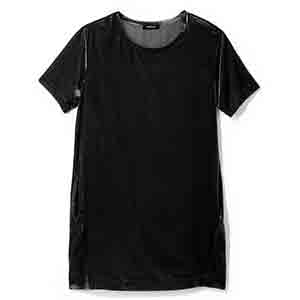 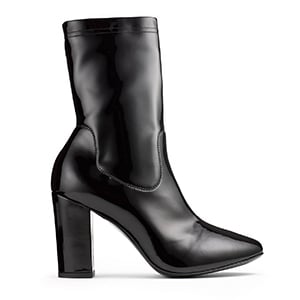