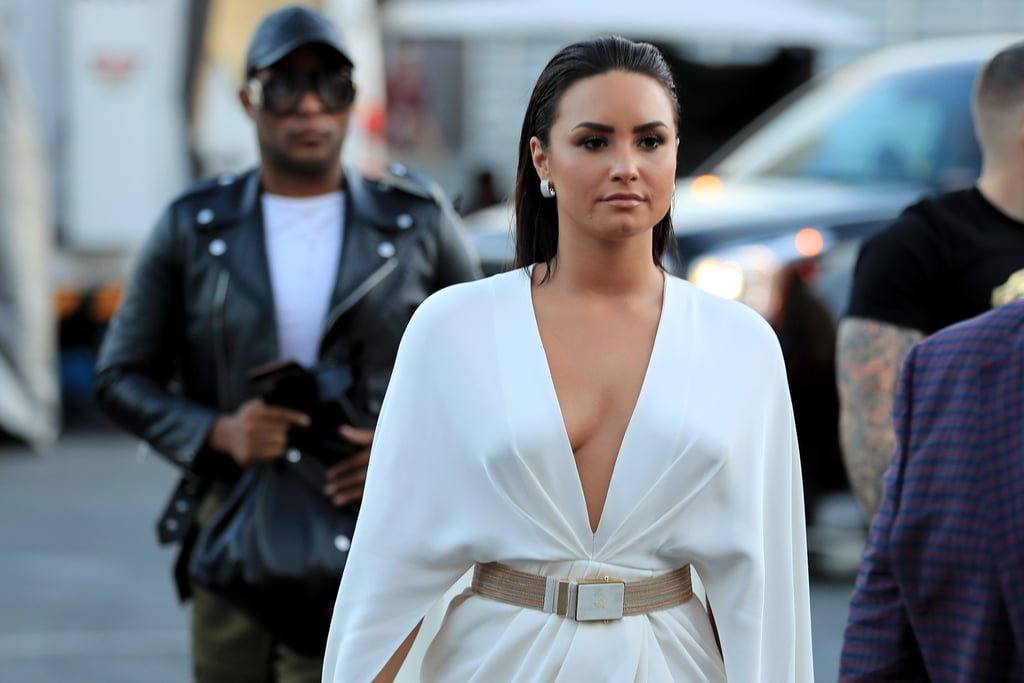 The highly anticipated fight between Floyd Mayweather and Conor McGregor went down Saturday night, but all we paid attention to was Demi Lovato. The singer performed the "Star-Spangled Banner," as well as an a cappella version of the national anthem, before the main event and received rave reviews for her performance.

Demi continued to command the audience's attention in a white Christian Siriano cape dress. She accessorized with EFFY Jewelry. It featured a plunging neckline and a gold metallic belt, which cinched in her waist. The minidress was sexy but tasteful, and a piece we'd totally expect the singer to wear. It's safe to say Demi was the real winner of the fight — sorry, Mayweather and McGregor.

Anne Hathaway
Why Yes, Queen Anne Hathaway Dressed to the Nines For Her Virtual Movie Premiere
by Victoria Messina 3 days ago