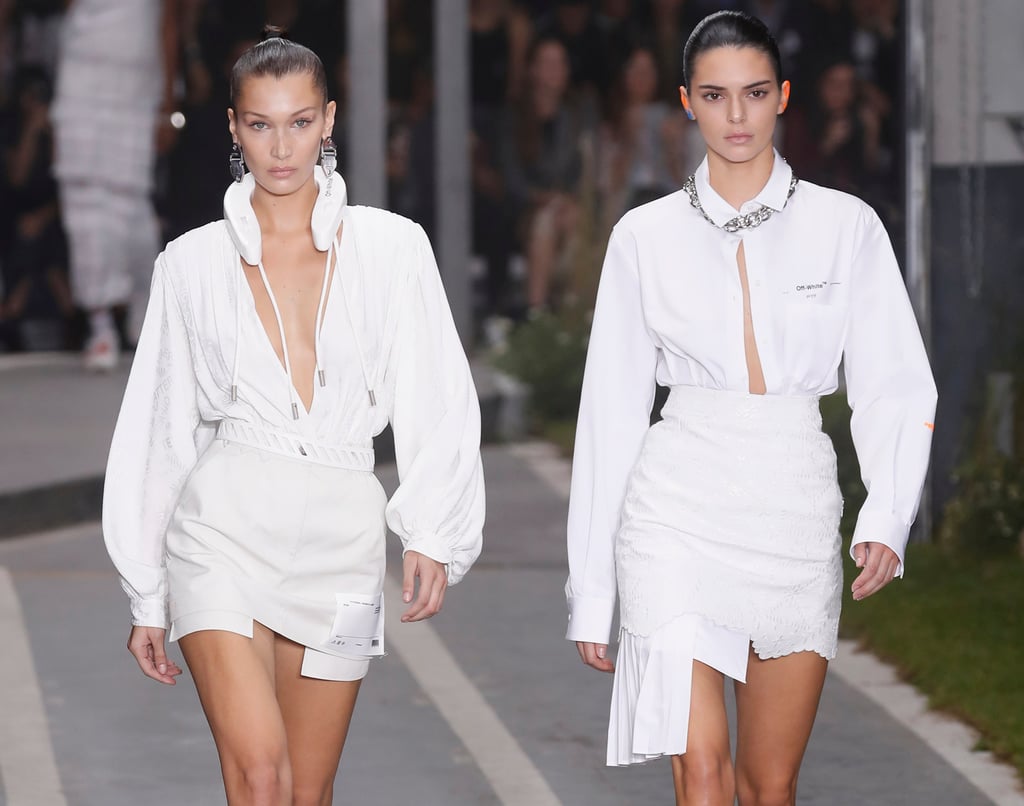 Didn't spot Kendall Jenner on the runways at New York Fashion Week? Don't worry, you didn't miss her. Your eyesight is just fine. Ever since making a comment about her commitment to doing fewer shows, following it up with confirmation that she's taking time for herself instead "on the other side of the craziness," we had a feeling Kendall might keep her September appearances to parties and the street. But after hopping over the pond, where she stepped out for a Longchamp event, Kendall trekked it straight to the Burberry runway in London, and you bet your booty she walked!

Kendall, who is friends with Riccardo Tisci (formerly of Givenchy), supported the designer as he reinvented the British label — starting with its logo. And as soon as the fashion crowd made its way over to Milan for the shows, Kendall popped up on the Alberta Ferretti, Fendi, Moschino, Versace, and Missoni runways too! Now, she's hanging in Paris with Bella Hadid (the two opened Virgil Abloh's Off-White show side by side!). So while she did suggest she'd be MIA, hitting the catwalk for some major moments in fashion eventually seemed to take precedence. Ahead, see Kendall's walks, plus check out all the sexy, avant-garde looks she's worn out and about.

America's Next Top Model
Toccara Jones Is Back With Thick House, a New Curve Model Reality Show
by Marquia Walton 25 minutes ago
Lily James
Lily James's Pamela Anderson Transformation Wouldn't Be Complete Without This Swimsuit
by Karenna Meredith 15 hours ago