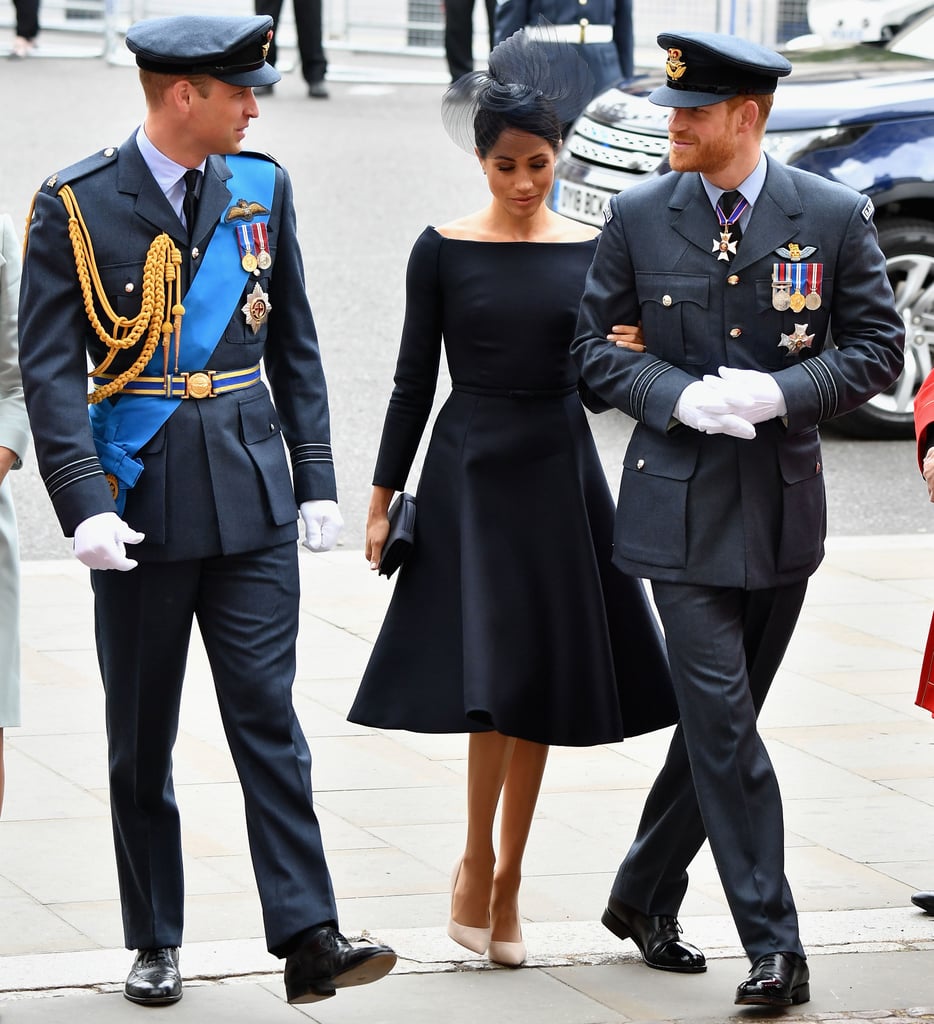 Meghan Markle Loved Her Wedding Dress So Much, She Basically Got It in Black, Too

Fresh from their appearance at Prince Louis's christening, the "fab four" stepped out once again on Tuesday morning, attending events to celebrate the 100th anniversary of the Royal Air Force. While Prince William and Prince Harry dressed in uniform, Kate and Meghan once again dressed in chic formal daywear, and as ever, all eyes were on the new Duchess of Sussex.

Arriving at Westminster Abbey in London for a commemorative service, Meghan looked stunning in a full-skirted black dress with a nipped-in waist and a bateau neckline, something that is fast becoming her signature. Though the dress is actually Dior, the silhouette is almost identical to her famous Givenchy wedding gown. The only difference is the shorter hemline and the addition of a slim belt to cinch the dress in further at the waist.

Meghan teamed the dress with beige pumps, a black box clutch, a swirling net headpiece, and white gold diamond earrings by Cartier. Unlike other female royals, she didn't wear a brooch that paid tribute to the Royal Air Force, and there's a very simple reason why. Brooches like the one the Duchess of Cambridge chose to wear have been gifted by the armed forces, alongside honorary titles. Being new to the royal family, Meghan has yet to be awarded such an honor.

This is unlikely to be the last outfit we see the duchess sporting today; after these events, she and Prince Harry will jet off to Ireland, where they'll begin a short tour, meeting locals and taking in some of Dublin's most famous sights. While we wait to see what else the day will bring, take a closer look at Meghan's stunning dress from all angles.