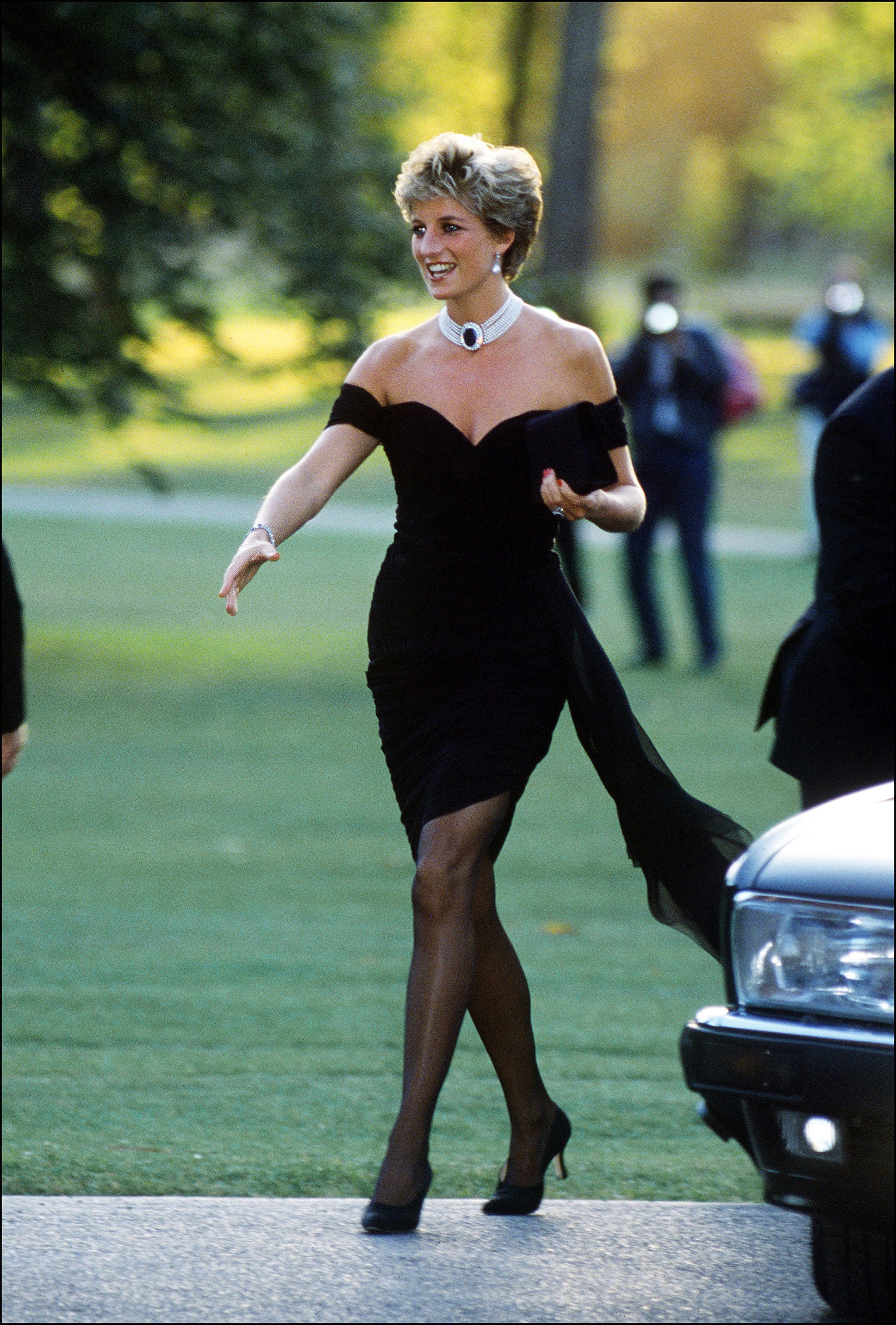 Princess Diana and Prince Charles separated in late 1992 after 11 years of marriage (and scandals), and by the Summer of 1994, the 30-year-old mother of two was single and ready to mingle. In addition to being newly unattached, Diana was also a bona fide style icon. She was renowned and revered for her taste in fashion, and designers all over the world clamored to dress her for high-profile events — so when it came time for her to choose a look for an upcoming party, Diana didn't take the decision lightly. Nobody expected that the dress she would wear would become one of the most iconic moments in fashion history — except, perhaps, for Diana herself.

Related:
7 Fascinating Facts About Princess Diana's Life After Her Divorce

On June 29, 1994, Serpentine Gallery held its annual Summer soiree in London's Kensington Gardens, and Diana was due to attend the dinner being hosted by Vanity Fair. She bought a dress from Valentino, but much to her chagrin, his house released an unauthorized press statement about her look — Diana was so put off by the display of "crude opportunism" that she immediately changed her mind. Instead, she decided to wear what would become one of her most memorable and statement-making looks: a form-fitting black off-the-shoulder number by Greek designer Christina Stambolian.

The sexy LBD was actually made for Diana three years earlier, but according to Christina, the princess "thought it was too daring."

The sexy LBD was actually made for Diana three years earlier, but according to Christina, the princess "thought it was too daring." The dress, which had a ruched, asymmetrical bodice with cap sleeves and a sash at the side, hugged Diana's curves perfectly, and was perhaps her most daring and strategic fashion move to date. Why? Because Diana knew that on the same night as the Serpentine event, her estranged husband Prince Charles would officially confess to his adulterous relationship with Camilla Parker-Bowles in a televised documentary about his life and work. "She wanted to look a million dollars," said her former stylist, Anna Harvey. "And she did." 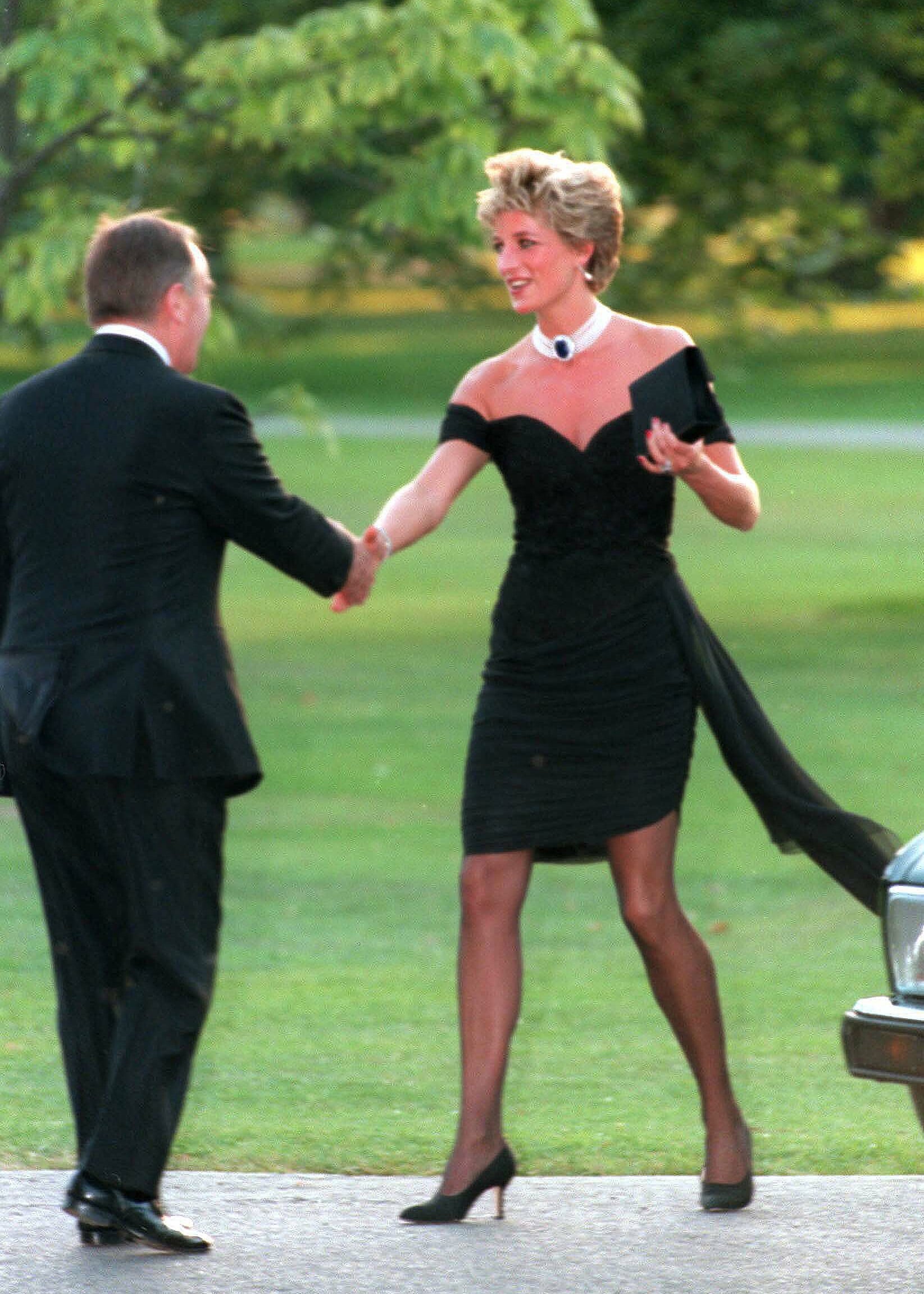 When Diana stepped out of her car to greet the party hosts and waiting fans, she knew her stunning look would make an impression (and be all over the news). She paired the dress with a monochrome choker and pearl earrings; simple, elegant accessories that aided — and didn't distract from — the look, an ensemble that was much more brazen than anything she had worn in the past. Auction house boss Kerry Taylor, whose company auctioned off 10 of Diana's dresses in 2013 — further explained the significance of the moment in a documentary about the late princess. "We called that 'The Revenge Dress,'" Kerry said. "While some would have been like, 'I can't face it this evening,' Diana went out in that dress looking drop dead gorgeous. She made a big statement right there."

Related:
The Badass Move Princess Diana Pulled After Finding Out About Charles's Affair

While we tragically lost Princess Diana in a car crash in August 1997, her legacy lives on in her two sons, Princes William and Harry, her endless dedication to philanthropy, and yes, her elegant (and sometimes daring) sense of style. Diana's smart, sexy LBD will go down in the books as one of the most audacious and deliberate examples of revenge dressing.