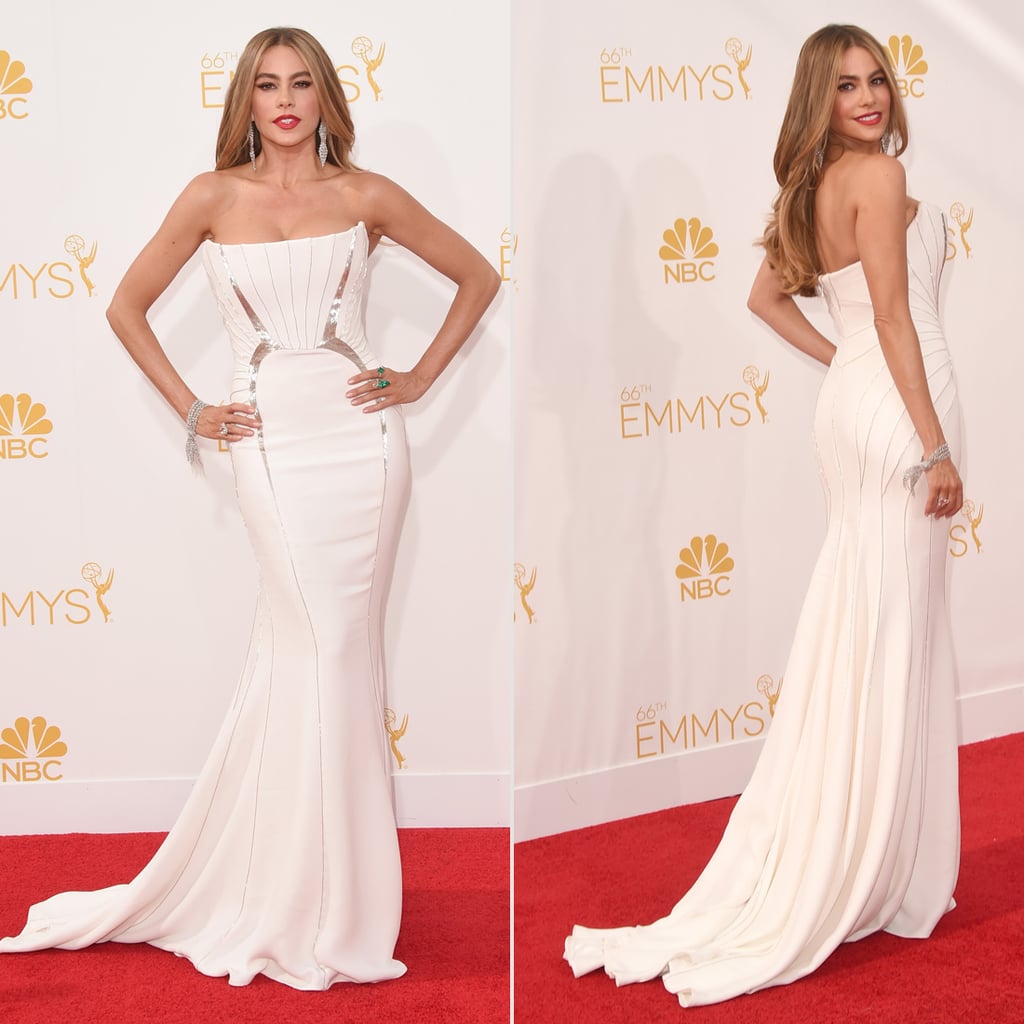 Sofia Vergara has always been one to do things her own way — from the way she tells her jokes in her distinctively hilarious voice to the confident way she struts her stuff on every red carpet. So we weren't surprised to see her in a structured, formfitting Roberto Cavalli gown with silver piping detail that also conjures images of a trophy — but not a standard gold one.

Instead, Sofia took the all-white route, a shade that's been all over the Emmys red carpet tonight, right next to red. And we're kind of obsessed with the subtle accents that came from her emerald rings, too. In other words, Sofia's just as distinctively Sofia as ever. But what do you think? Do you wish the star would've worn a more shocking design, or do you like her just the way she is? Let us know, then be sure to vote on all our Emmy Awards polls here!