If you're a bra-wearer, you know the red flags of a bad bra: spilling, gaping, slippage, and of course, the dreaded uniboob. And sometimes, it just feels easier to stick to the one that isn't working for you than putting in the effort to find the one that will. But that's only because you haven't met your match in the Ashley Stewart Butterfly Bra yet.

Made specifically for curvy women with sizes from 38D to 46H and with a patented design that includes a double back band, this bra not only provides superior support by taking some of the weight off the front, but it also creates a smoothing effect to eliminate bulges in the back. (Fun fact: did you know the band, not the cups, provides a majority of your bra's support? That's why having a good band is so important!) Whatever your dealbreaker is, there's a Butterfly Bra to address it. Get ready to break up with your bad bra in favor of a new support system that actually takes your needs into consideration. Now that sounds like a relationship worth keeping. 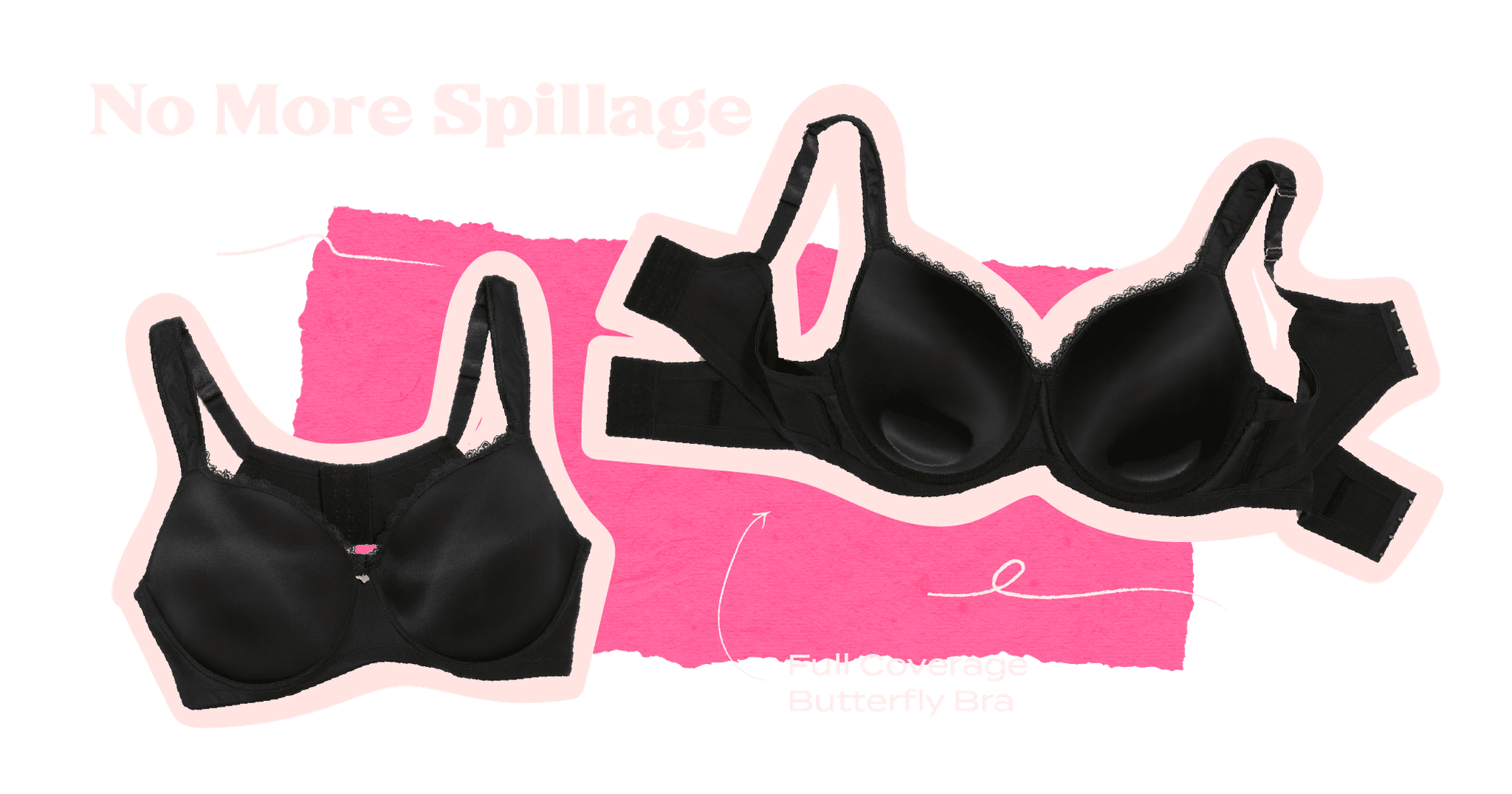 Uniboob is bad enough, let alone quadboob! But that's exactly what can happen when you're wearing a bad bra and you're spilling over the sides. If a too-small cup or band size isn't the issue, try switching to the Full Coverage Butterfly Bra. A full-coverage bra covers the whole bust and has a higher center gore, so it's easier for all your breast tissue to stay within the cups and wires. This will help everything look smooth under tighter tops. It's also a good option for those with softer breast tissue — just scoop your breasts into place when you put on your bra. 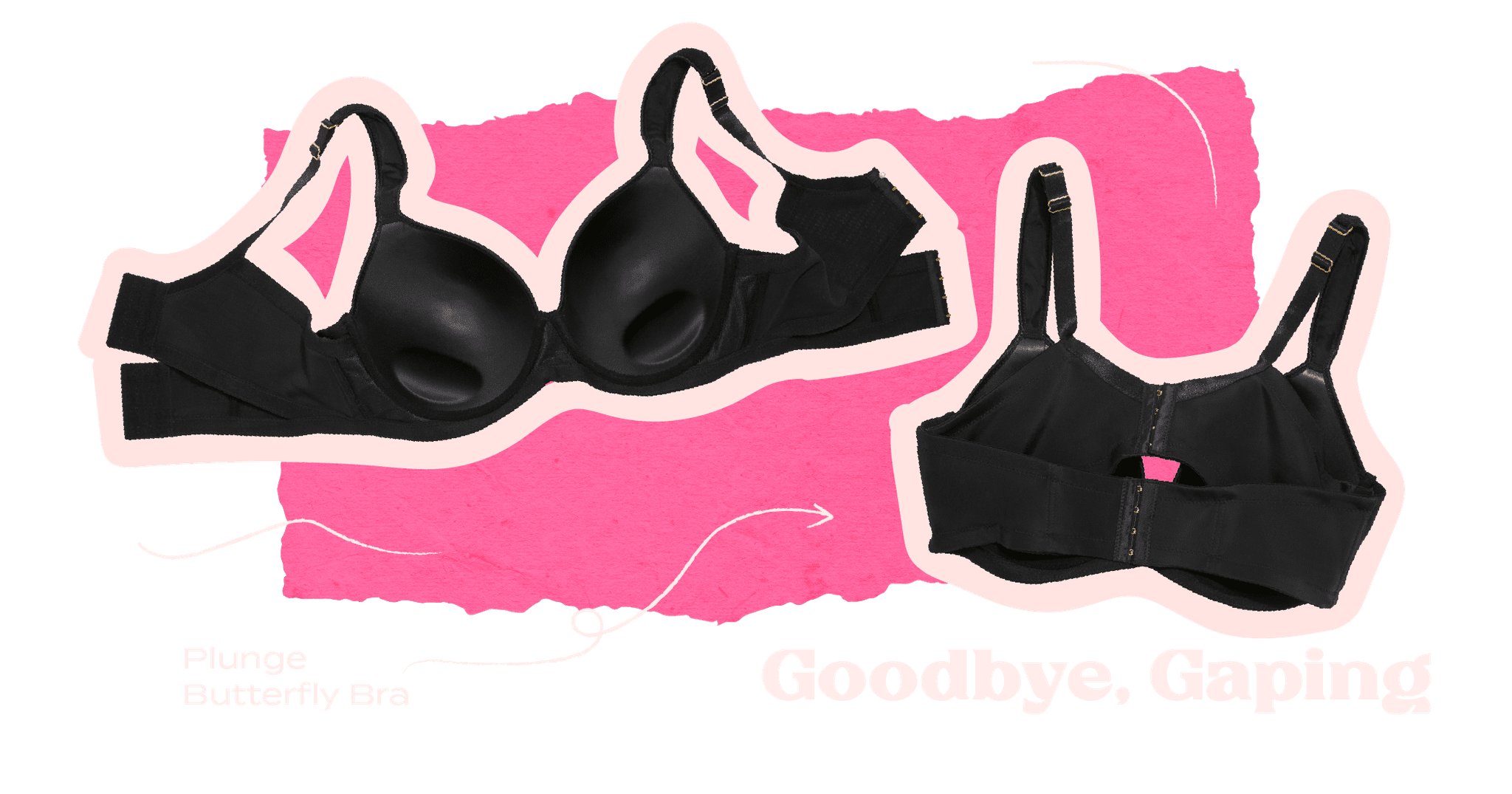 The flip side of overflowing is gaping, which is when you have extra room along the top or side of your cups. This doesn't necessarily mean your cup size is too big — it could just mean that your breasts are fuller on the bottom than they are on the top or set closer together, and you need a different style of bra to accommodate. The Plunge Butterfly Bra is a good solution, since the cups are slightly narrower and more angled to account for breasts that are shallow at the top. Now you can enhance your curves in the way you want. 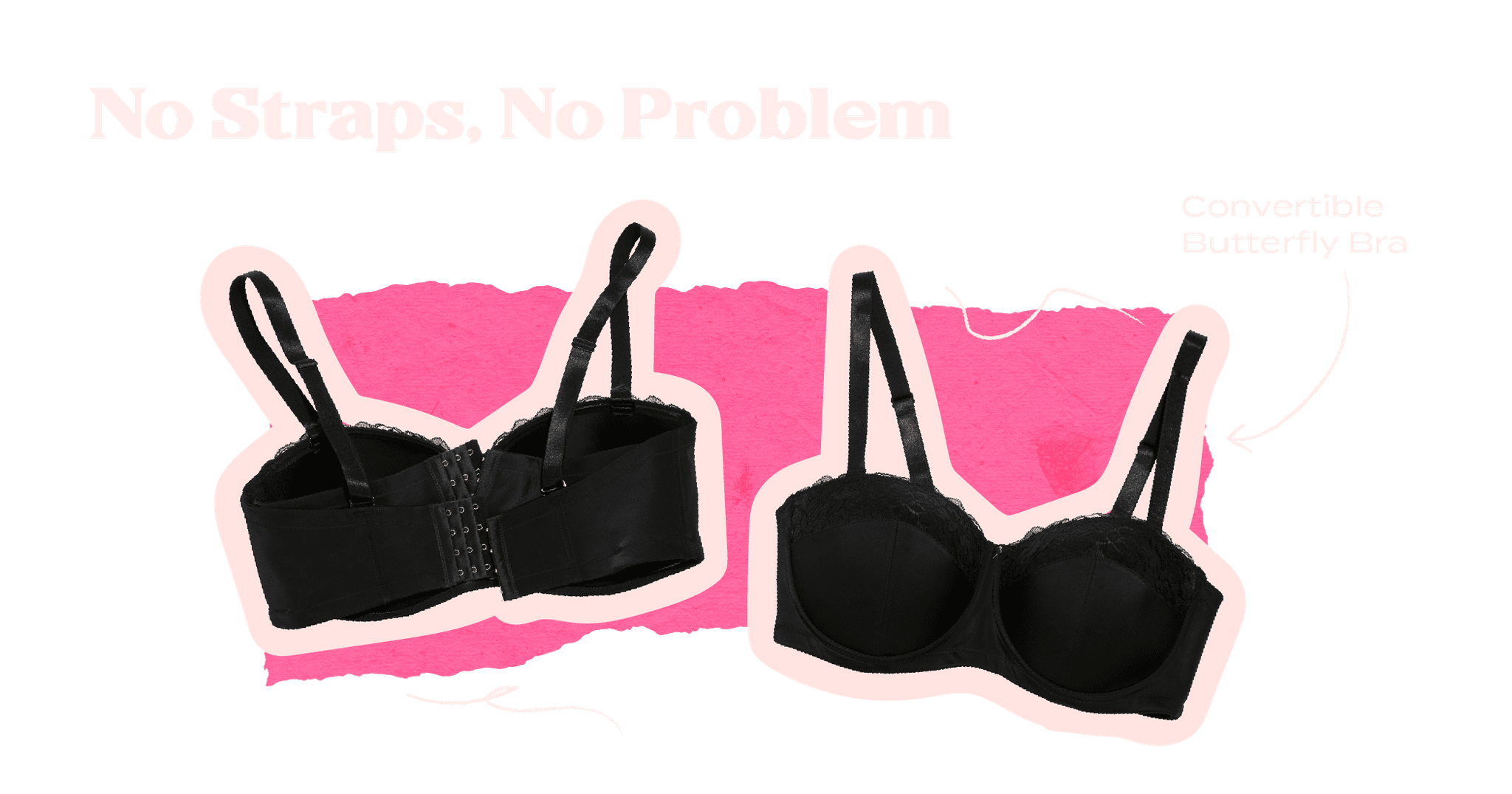 There is nothing peskier than a strapless bra that won't stay up. Without the straps, the Convertible Butterfly Bra features silicone lining and a three-part cup for lift and projection, in addition to the signature double back band for support. And with the accompanying straps, which are designed on the wider side and can be configured six different ways, you'll be able to position them so the straps stay where you want them, and not where you don't. 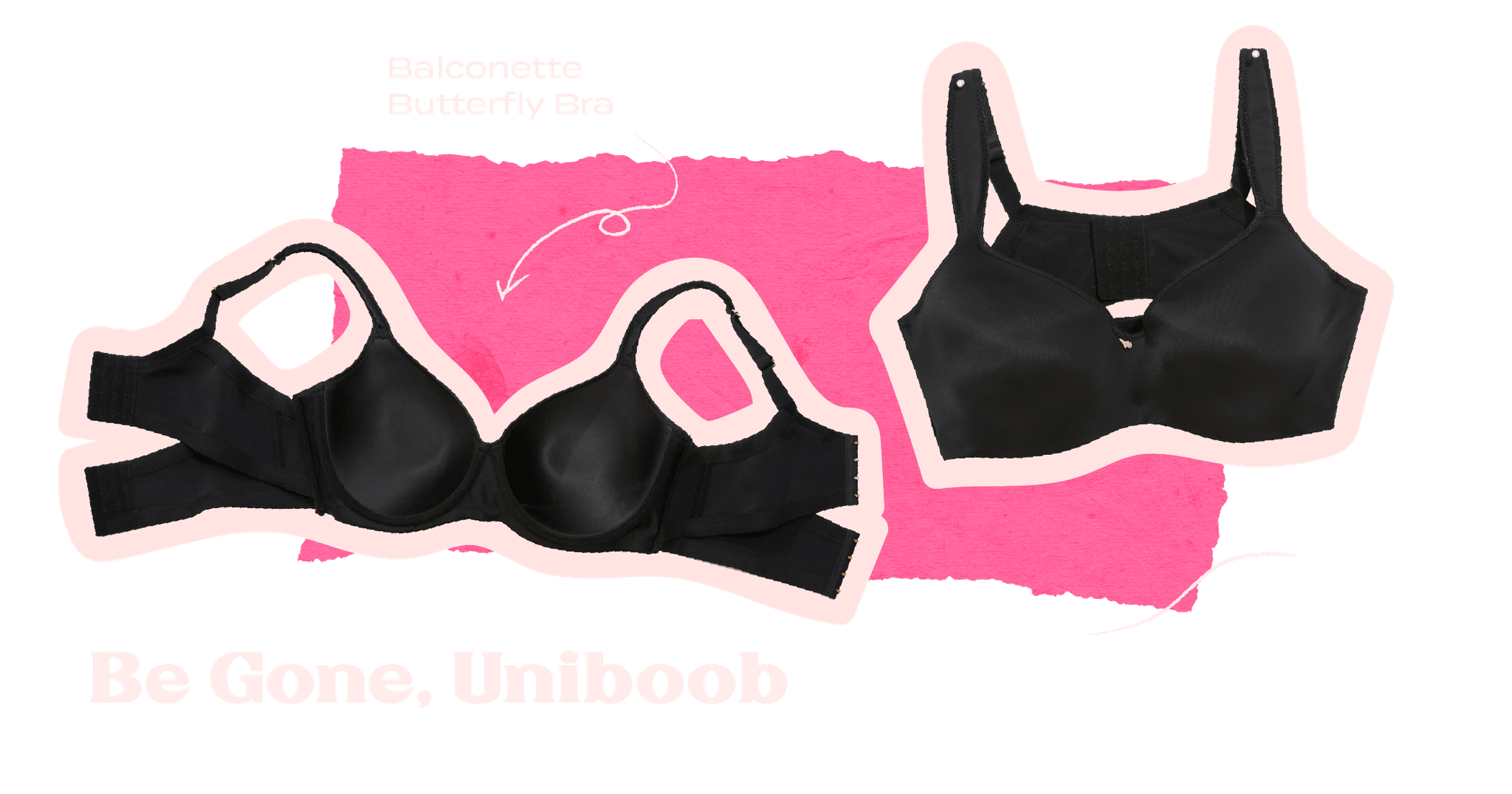 As far as uniboob goes, you can leave that to the sports bras. For times when you want a little more lift and separation, look no further than the Balconette Butterfly Bra. This style gives you a subtle rounded, lifted shape that supports and flatters your curves, but because it also features lower-cut cups and wider-set straps, it's actually quite versatile, and it can be worn with everything from sweetheart to boatneck tops. Additionally, a balconette bra is ideal if you have broad shoulders, and the wide cushion gel straps featured on this Butterfly Bra specifically won't budge.