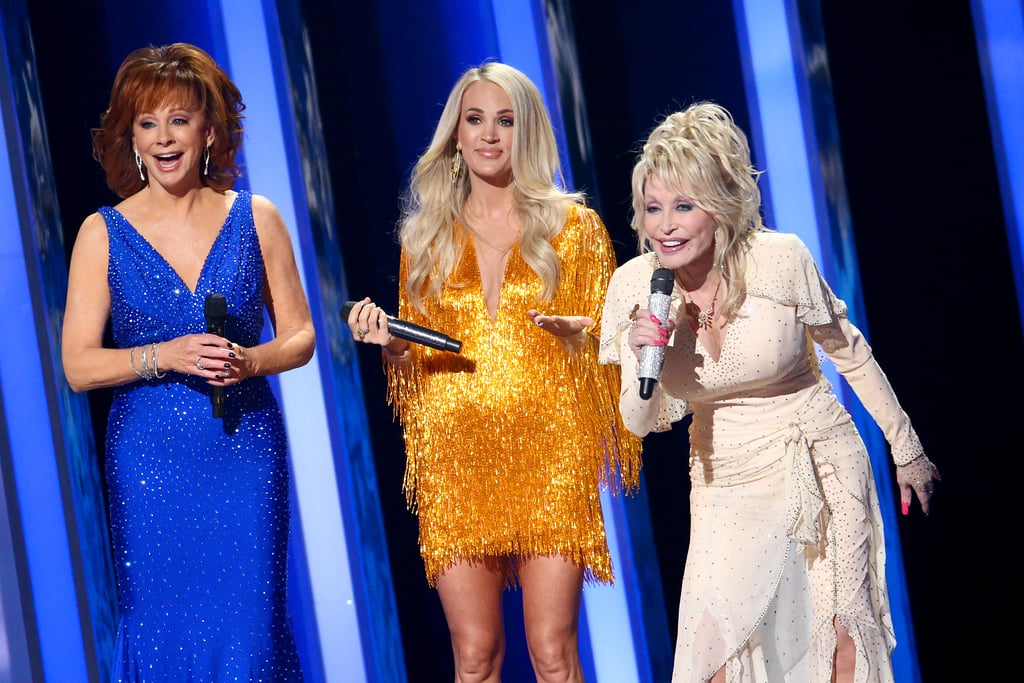 Carrie Underwood found the most lavish way to honor her home state. At the 2019 Country Music Association Awards on Wednesday, which she hosted alongside Reba McEntire and Dolly Parton, the singer wore the inimitable Heart of Oklahoma diamond during the award show opener. The ring's breathtaking square diamond consists of 18.92 carats, leading to a very casual overall value of $1.2 million.

The origin of the diamond's name is a nod to its creator and one of the longest-standing jewelers in Oklahoma, BC Clark Jewelers. In fact, the original 38.05-carat stone was specifically cut down to match the year BC Clark Jewelers was founded, 1892. The Heart of Oklahoma was then later set by jewelry design house Harry Kotlar.

What do you wear with an accessory like that? It's tough, but Carrie managed with a glimmering fringe dress by Nicole + Felicia and strappy gold sandals. There's also, of course, the yellow diamond Carrie wears on the regular: her 12-carat engagement ring, valued at $800,000. See pictures of Carrie wearing both rings on stage ahead, but look to her right hand for the Heart of Oklahoma diamond.