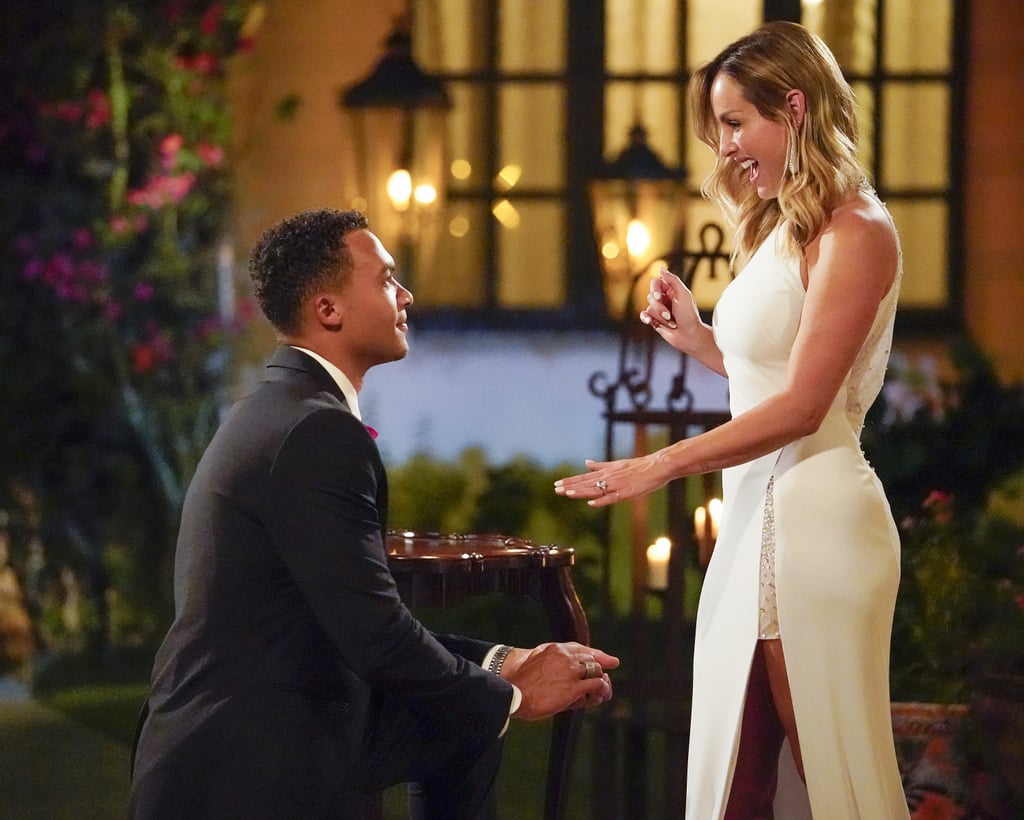 Why Does Clare Crawley's Engagement Ring Sparkle So Bright? It's Just Those Extra 145 Diamonds on the Band

If you haven't had time to catch up on Clare Crawley's season 16 of The Bachelorette just yet, you have a big, sparkling future ahead of you. At the end of Clare's final episode, she puts her heart on the line and fully commits to Dale Moss, breaking up with the other men who came to find love. Chris Harrison had time to quickly FaceTime Neil Lane, who provides the engagement rings for the show, and request a giant sparkler for Dale's eventual proposal. We have a first look at the up-close-and-personal details, and the 4.5 carat platinum design is truly stunning.

According to ABC, the piece consists of a central radiant cut diamond framed by two shield cut diamonds. All that extra glisten comes from the 145 small round cut diamonds that embellish the ring, which is engraved with Neil Lane's signature on the interior of the band. It's safe to say that Clare's white Randi Rahm Couture dress helped to play up the diamond, as it was finished with pearls, sequins, and beads on the front slit and back of the dress.

When you read on, you can see images of Clare's exact Neil Lane engagement ring up close. We predict she'll give her self-love promise ring, which she previously wore on her left ring finger, a little break in favor of sporting this rock for awhile — or at least move that band over to her right hand. Ahead, check out the ring pictures, then see the newly engaged couple celebrating the moment on The Bachelorette.