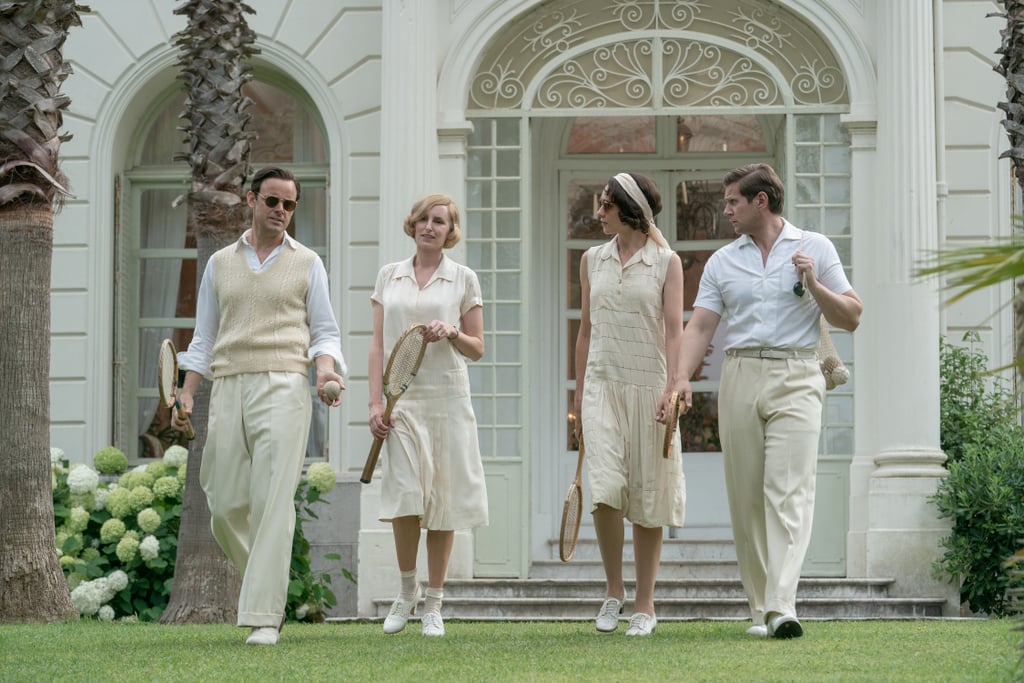 "Downton Abbey" costume designer Anna Robbins returns for the second film, "Downton Abbey: A New Era," where fans get to see the Crawleys in a new light. Still just as glamorous as ever, the British family travel to the French Riviera; because, as it turns out, Violet Crawley has inherited a villa. The atmosphere is more relaxed, with the costumes being more free-flowing and lightweight for warm weather (while still maintaining the air of elegance that the characters are known for when they're home at Downton).

Tuppence Middleton, who stars as Tom Branson's new wife, Lucy Smith, in a quintessential 1920s wedding dress, described the sequel to Mirror, touching on the refreshing aesthetic of the costumes. "You see these characters you're used to seeing in really formal situations, in libraries and drawing rooms and dining rooms, and all of a sudden they're on the beach. And that just does something to them. It frees them up," she said, going on to mention her inevitable moment in swimwear, which was quite constricting in the '20s: "There's such a specific shape and fit. So we spent weeks dreading having to be in front of the camera."

For the second film's wardrobe, Robbins, who has long worked with the cast to make rather ornate and often intricate costumes feel natural, focused on the end of the 1920s period, leading up to the 1930s. "It's a glorious era to design for and to find these treasures," she told Digital Spy. "Picking a favorite costume is like asking me to pick a favorite child."

Find out more about Robbins's design process and see some key looks worn by the Crawleys and their staff, straight from the expert, ahead.

"Downton Abbey: A New Era" hits US theaters exclusively on May 20 but could be available to stream on Peacock as early as 45 days after the premiere. Series creator Julian Fellowes has not yet confirmed a third film.