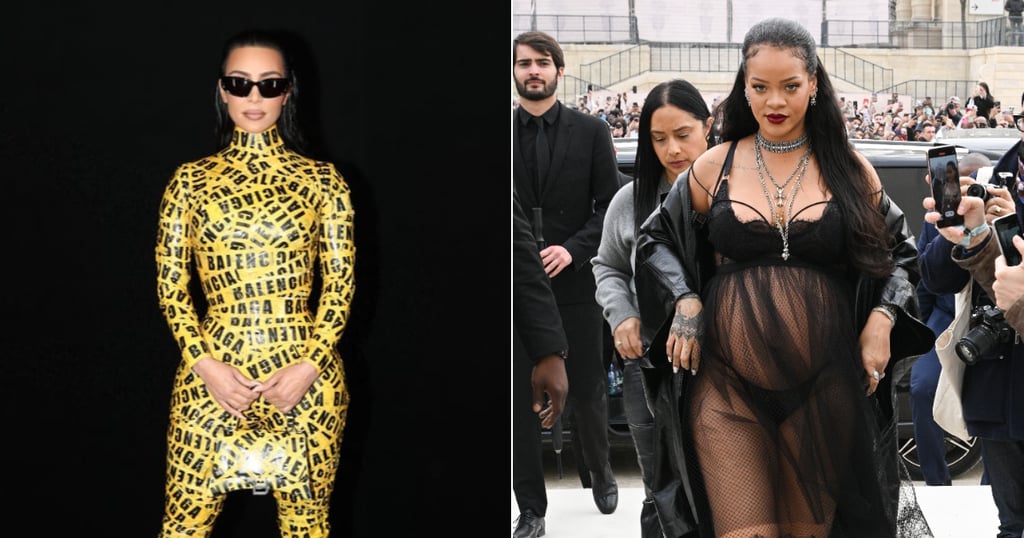 Fashion Week was a buzzy affair this season, drawing big-name celebrities, social media stars, fashion editors, and industry insiders dressed to the nines. From Julia Fox opening the LaQuan Smith show in a cutout dress to Angus Cloud eating a bag of Cheetos in Coach's front row, celebrities were at the heart of the action in New York. The same scenario played out in Milan, where the Hadid sisters walked down Versace's fall 2022 runway with bleached eyebrows and fiery-red corsets. But Kim Kardashian's yellow caution-tape Balenciaga catsuit was what truly set the internet ablaze during Paris Fashion Week — a video of the reality star struggling to walk in it is still going viral.

These events took place on the eve of and during Russia's invasion of Ukraine, which weighed heavily on everyone's minds. Balenciaga creative director (and a war refugee) Demna's show paid a poignant tribute to the crisis, Giorgio Armani staged a silent show in solidarity with Ukraine, and Gigi Hadid pledged to donate her Fashion Week earnings to Ukraine and Palestine.

Ahead, see the best-dressed celebrities in the front row of Fashion Week.