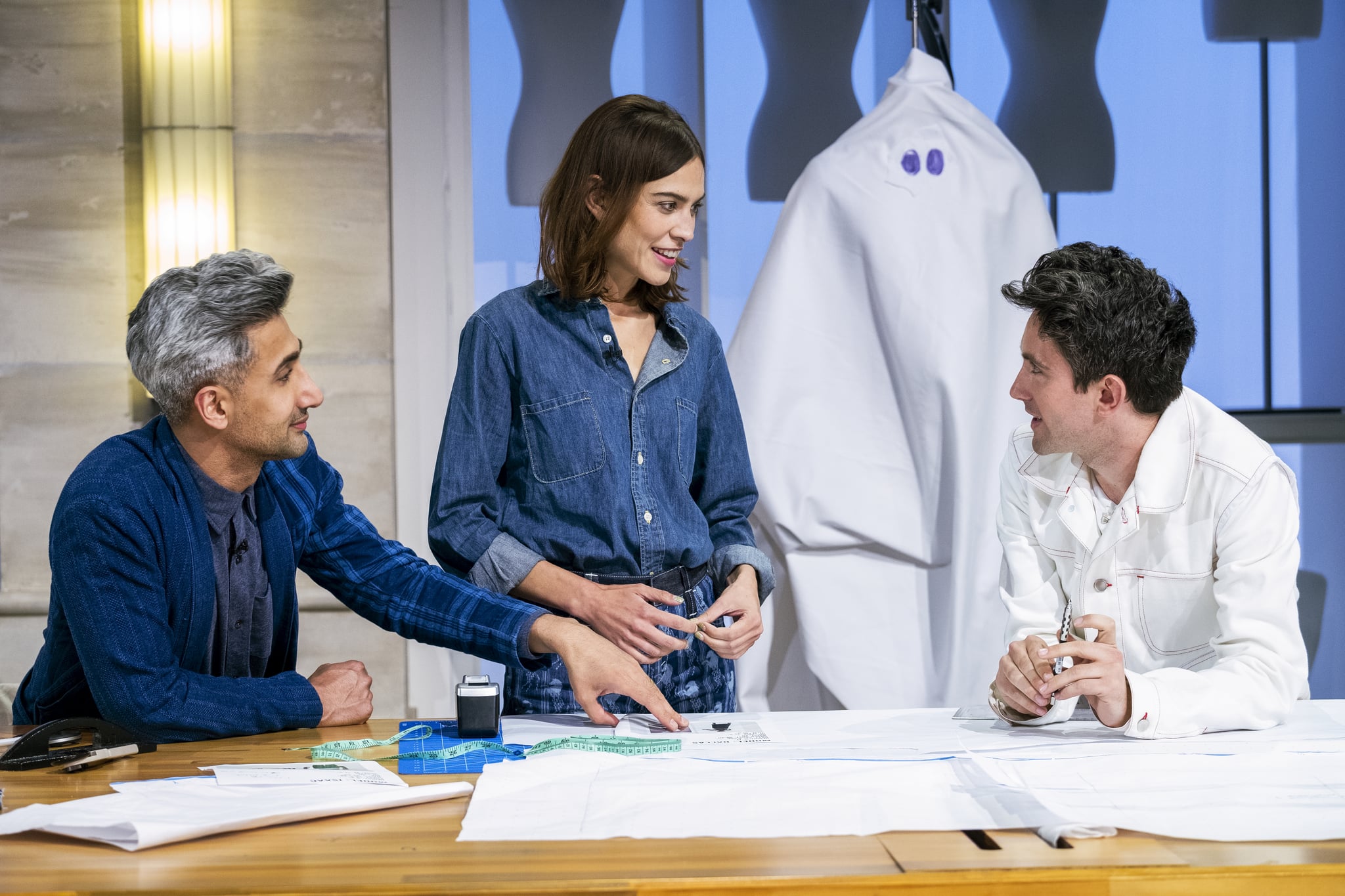 Netflix's Next in Fashion (NIF) is kind of like Project Runway but better. Aside from the darling hosts, Tan France and Alexa Chung, the show is really about relationships — those we have with ourselves and each other. NIF encourages two designers, some with totally different aesthetics, to realize that healthy, creative communication is essential for exceptional design.

Successful creative partnerships is the vortex of the show, but what makes Next in Fashion truly remarkable is how it tackles tough topics like modesty, the environment, and racism, which are integral to the fashion industry today. To be Next in Fashion means being skilled at creating a showstopping fashion moment. The designers were tested at how well they could execute a "wow" moment by collaborating with another designer, as well as going at it alone.

"We're not asking to make regular, down-to-the-mall kind of clothes. We need something that's going to be really impactful on the runway." — Tan France

"Pretty much every episode when we're critiquing the designs, we try to make it clear that, yes, it could be a lovely garment — but this is a runway, this is a competition show," Tan France tells POPSUGAR. For Tan, a winning design needs to make a strong statement on the catwalk. "We're not asking to make regular, down-to-the-mall kind of clothes. We need something that's going to be really impactful on the runway." 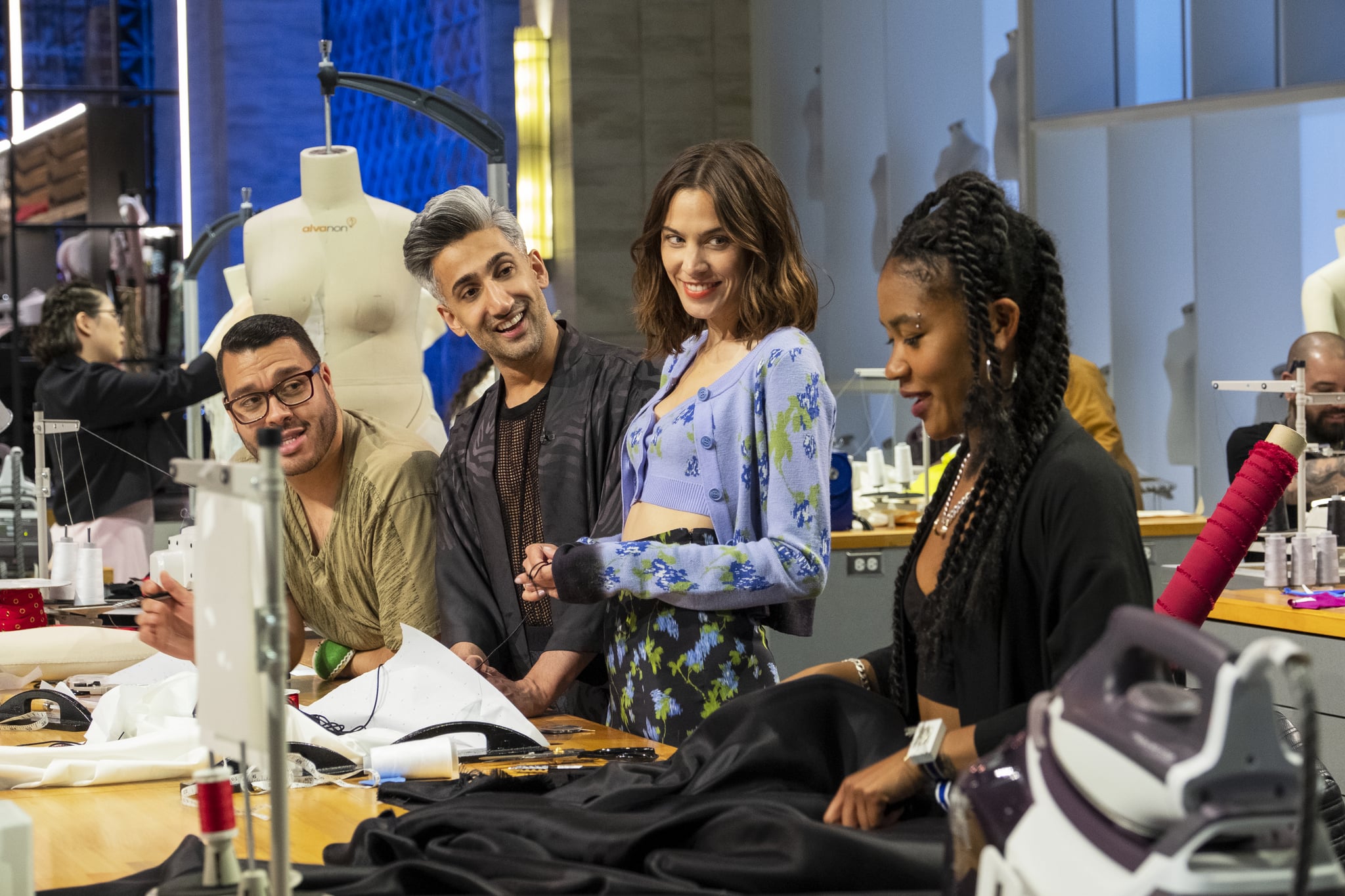 While creativity, craftsmanship, and cohesion are crucial for successful design, Alexa Chung tells POPSUGAR that "energy" is also key. The designers "have to attack each challenge with the same amount of energy as they start with. If you lose focus, you kind of lost it."

Tan might tout a "wow" moment as being integral to a winning look, while Alexa thinks energy is crucial to getting her attention — but even they couldn't resist having secret favorites like British design team Carli and Daniel, and Korean-Chinese duo Minju and Angel. "Everyone is so talented," says Tan. "Are there some people who were incredible but just caved under the pressure? Yeah." he confesses. "Similarly sometimes, the creative differences got in the way," adds Alexa. "There might be one designer who could have really flourished in a different situation, but because they were tethered to someone else, it kind of prohibited the progress."

"Are there some people who were incredible but just caved under the pressure? Yeah." — Tan France

Alexa clarified that week to week "someone's strong suit might not be tailoring and instead it's fluid, but that wasn't their week." For each challenge, the hosts "had to go on what they were confronted with in that particular challenge, judge them on that and not their other work." Tan agrees with Alexa and mentions that a good example was British contestant Carli. "I thought she was incredible," Tan says. "But, she made it very clear that she doesn't do activewear, and even she knew it wasn't as good as everybody else. I really felt for her because I know that she's incredible at what she does, but she said from the start that she doesn't do fast fashion — it doesn't take her two days." 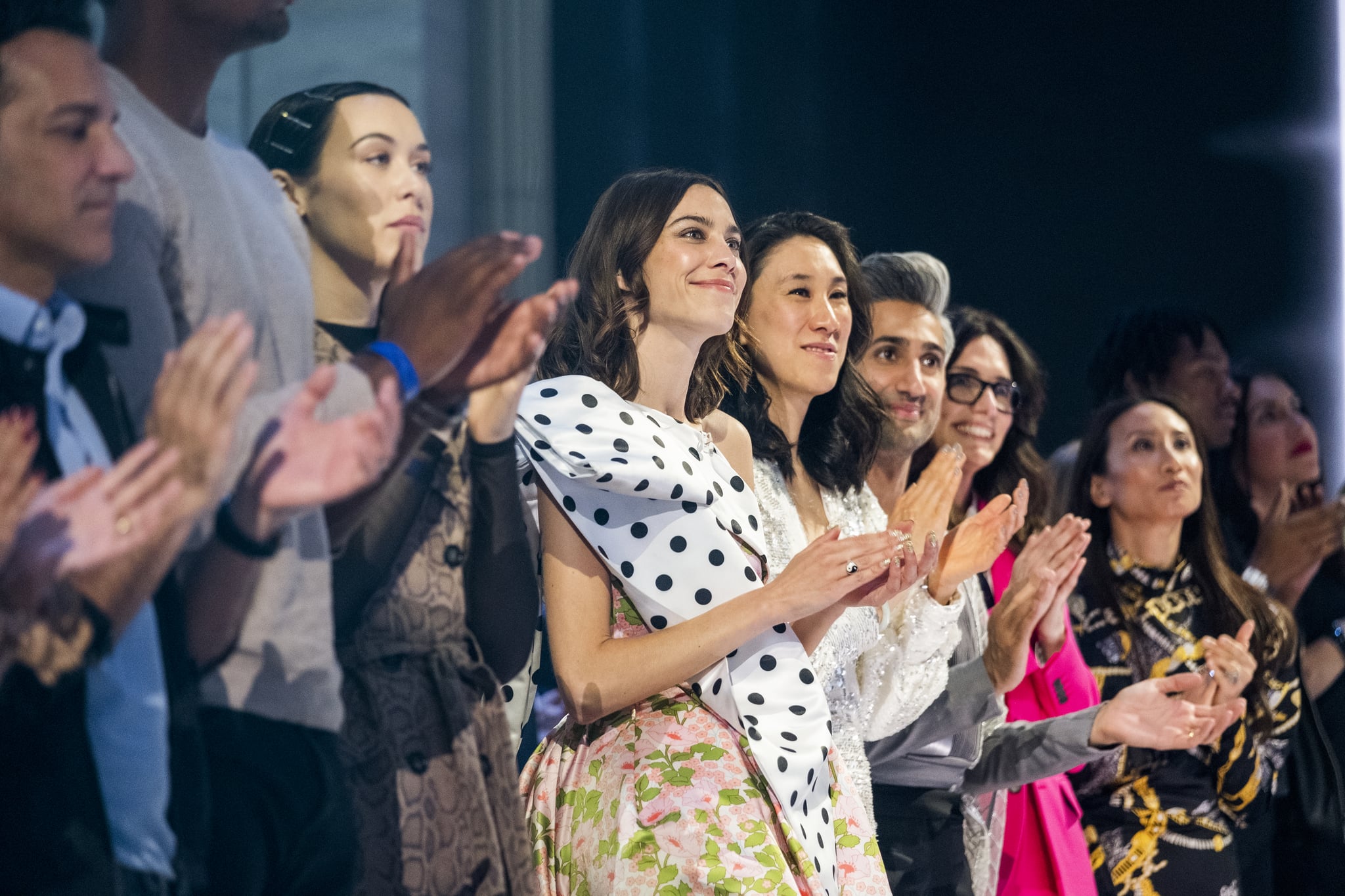 The hosts tried being as impartial as possible when dishing behind-the-scenes tea, and we totally get it. Both Tan and Alexa found balancing between hosting and judging duties particularly tricky. What was even more taxing was that Alexa had her own fashion dilemmas off-screen. "For me, I still have a fashion line," noted Alexa. "The business was still operating, and I was communicating with my office in the lunch breaks. Sometimes I would come back to set, stressed about a real-life fashion scenario, and then be in this high-octane situation," Alexa admits. "It was quite anxiety inducing."

"The business was still operating, and I was communicating with my office in the lunch breaks. It was quite anxiety inducing." — Alexa Chung

Tan, on the other hand, had his own on-screen/off-screen balance to tend to. In the season finale of NIF, his Queer Eye castmates Jonathan Van Ness and Bobby Berk came to support their lovely friend. "It was really weird because I'm in this very unique situation with Alexa," shares Tan. "You know when you're a kid and you're in the talent show and you see your parents and immediately, you're like, whoa? Two worlds are colliding and it's a very strange feeling. So you want to wave at them, but then you're like, people are going to think I'm a dork because I'm busy working. That's how it felt. It was a really surreal experience, and it was so lovely that they turned up. So, so lovely."

Next in Fashion is sure to be one of the most talked about fashion moments of the year. It's an inspiring 10 episodes of up-and-coming and experienced designers facing their own unique creative journeys, while honing their signature aesthetics. But don't take it from us: watch it yourself, streaming now, exclusively on Netflix.

Netflix
Who Was DB Cooper, the Man Who Stole $1.4 Million and Vanished Without a Trace?
by Chanel Vargas 8 hours ago