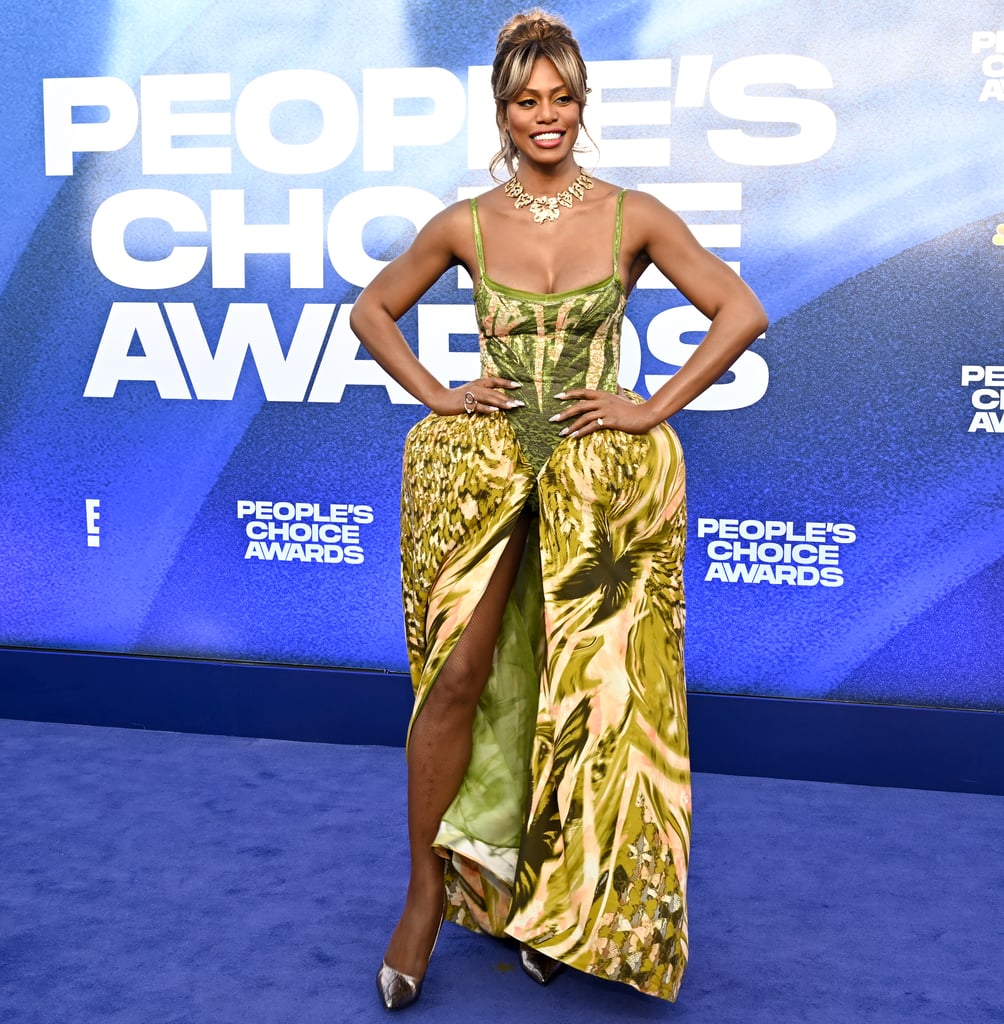 See Every Stylish Arrival at This Year's People's Choice Awards

The 2022 People's Choice Awards red carpet kicked off from The Barker Hangar in Santa Monica, CA, hosted by E!'s Laverne Cox, who was on the scene to interview this year's nominees.

The night celebrated notable achievements in film, TV, and music with a ceremony hosted by Kenan Thompson, who was nominated for best comedy star for "Saturday Night Live." This year's presenters included Billy Porter, who brings his unique, dramatic flair to every red carpet appearance, whether in a tuxedo gown or a metallic jumpsuit. Sarah Hyland also took the stage in her Vera Wang Haute minidress to present, coming off her stylish bridal fashion run following her wedding and bachelorette.

We also saw appearances from Shania Twain, Ryan Reynolds, and Lizzo, who were all recognized as icons.

Past People's Choice Awards red carpets have offered a mix of glamour and grit, from Chlöe and Halle Bailey's sparkling jumpsuits in 2020 to Becky G's yellow cutout dress in 2021. Sydney Sweeney delivered a memorable look last year as well, channeling Marilyn Monroe in a plunging minidress with a glitzy oversize bow adorning the neckline. In another nostalgic fashion moment, Christina Aguilera re-created her iconic "Dirrty" video look that year, replete with fishnet tights and a lace-up corset.

Ahead, see which celebrities delivered impactful fashion moments upon arrival at this year's People's Choice Awards on Dec. 6.