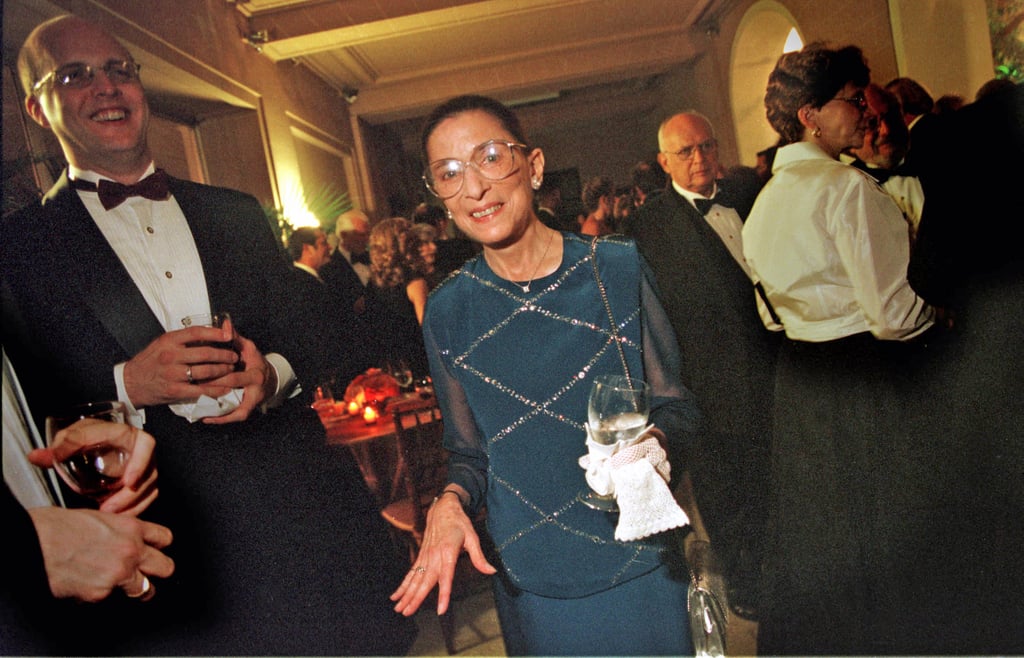 Ruth Bader Ginsburg's legacy continues to live on through heartfelt tributes across the board, but no words can pay the respect that is owed to her for her dedicated work toward gender equality. As women, we should recognize that we would not be where we are today if it weren't for the Notorious RBG, as she's often called. One of my favorite parts of RBG, the film, is when Ruth recounts the very important lessons her mother taught her, which she carried with her throughout life:

She had two lessons that she'd repeat over and over. Be a lady, and be independent. "Be a lady" meant don't allow yourself to be overcome by useless emotions, like anger, and by independent, she meant it would be fine if you met Prince Charming and lived happily ever after, but be able to fend for yourself.

Ruth certainly did fend for herself as a litigator, working her way to a place on the Supreme Court, where she served proudly, confidently, and boldly. As a fashion editor, I want to take a moment to recognize how Ruth established herself as a unique, independent lady from a style perspective, since we all know she has more than proven her immense worth through her accomplishments.

"So you can see, many varieties, and there are more up on top," Ruth says in RBG, opening up her wardrobe full of robes and motioning to the intricately stitched collars and necklaces that got their own hangers, some of which were sent to her as she continued to wear her personality on her sleeve while on the job.

"This one was given to me by the University of Hawaii with french lace and beads from the beach," she explains, opening a delicate box with velvet lining. RBG even went so far as to dedicate certain collars to specific moments during her cases.

It was not just her collars that stood out. RBG wore statement earrings all throughout the '70s, and ornate studs later on in life. She tended toward long, beaded necklaces and had a pair of mesh hand gloves in almost every color. Her glasses — having been round and oversize in the '70s with translucent lenses, and becoming more rectangular later on — will always be one of her recognizable trademarks. Here, I've rounded up some of my favorite moments, all of which I'll picture when I try to visualize a strong, independent lady — who also knows a thing or two about defining her sense of style.

by Joely Chilcott 57 minutes ago