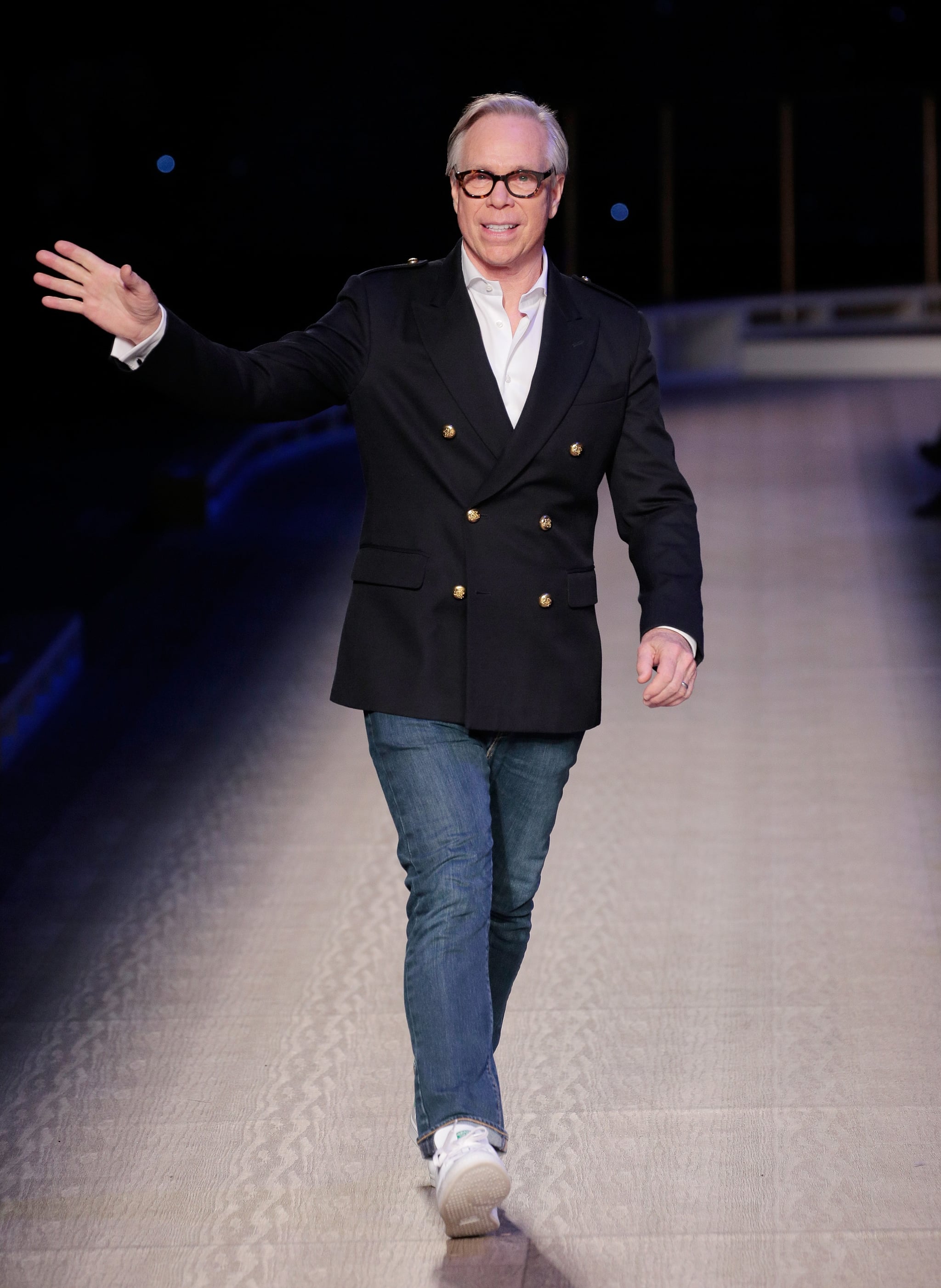 I'm not sure who needs to hear this, but apparently somebody does: Tommy Hilfiger is a real person. No, the fashion brand isn't named after some designer from 200 years ago, as some people seem to believe. "I literally thought Tommy Hilfiger was from the 1800s. Didn't think he was still alive," one Twitter user wrote on Feb. 24 after stylist Law Roach posted the TikTok video trying the "I'm Busy" prank on his celebrity friends, including Tom Holland, Kerry Washington, Tiffany Hadish, and Tommy himself. The video now has over 1.4 million views and has a lot of fashion fans questioning why they never knew Tommy Hilfiger was more than just a brand name.

Hilfiger has been in the fashion business since 1971 and has designed for multiple celebrities, including Jennifer Lopez, Zendaya (see: her Cinderella gown at the Met Gala), Gigi Hadid, Winnie Harlow, and many other well-known stars. So, contrary to the belief of some, Hilfiger is, in fact, a real person, and he has many well-known stars who can vouch for him. If you're still not sure what to believe, check out this interview with Tommy about promoting representation and inclusivity in the fashion industry (photo included) and watch Law's full prank-call video ahead.