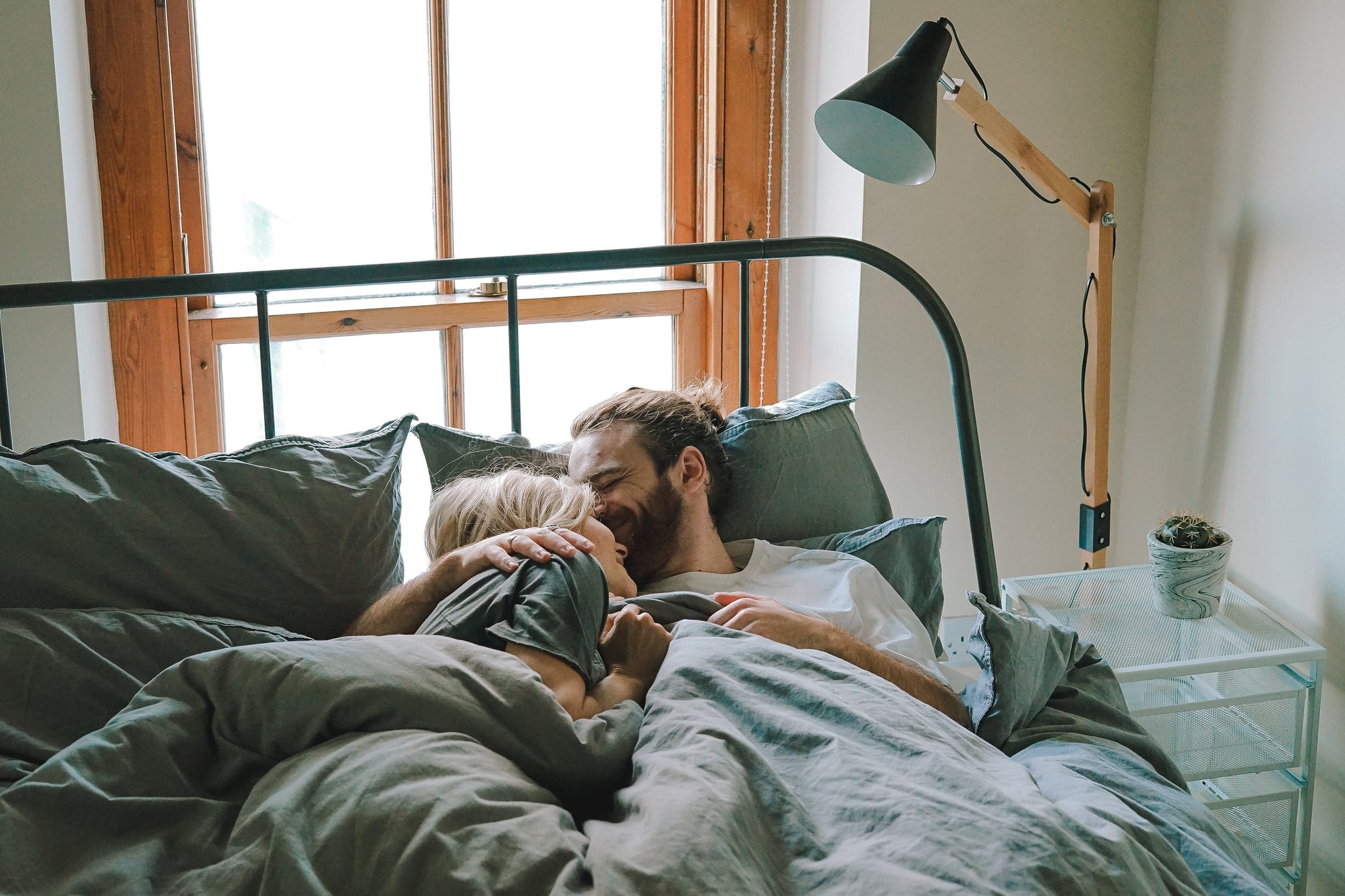 If you experience bleeding after sex, the immediate assumption for many of us is that it's your period, and of course, sometimes that is the case.

Bleeding after sex can sometimes be as simple as vaginal dryness or trauma from a larger penis. "In the case of vaginal dryness, I recommend embracing sexual lubricants," says Caleb Backe, a health and wellness expert for Maple Holistics. In addition to using it for increasing arousal, many women report overall more pleasurable sexual experiences when using lube. "Try to find a lubricant that is pH balanced, 100 percent natural, and contains food-grade preservatives, and you can effectively reduce dryness and promote healthy lubrication that will improve all forms of intimacy," says Backe.

Related:
I Got an IUD, and It Was NOT the Easy Contraception I Thought It'd Be

But there's also a chance something is wrong: "The most common causes of bleeding after sex are glandular cells on the cervix (ectroprion), benign fleshy growths (polyps), and infection," says ob-gyn John Thoppil.

Cancer is the scariest possibility, of course, but it's also pretty rare. "Cervical cancer is the most serious cause of bleeding after sex, especially in women who have been appropriately screened with Pap smears," says San Diego-based gynecologist Christine Carter Sterling, MD. "Some women have sensitive tissue normally found in the canal of the cervix on the portion of the cervix within the vagina. This condition is called cervical ectropion," says Dr. Sterling. While it is not dangerous, it can lead to bleeding after intercourse and/or increased discharge.

There can also be growths on the cervix called polyps that are typically benign but can cause pesky bleeding. Infections of the cervix and vagina can also predispose women to bleeding after sex. "Women with more than one episode of bleeding after intercourse, also called postcoital bleeding, should see an ob-gyn," cautions Dr. Sterling.

Since there are a number of different reasons you may be bleeding after sex, a good first step is to make an appointment with your doctor to rule out any serious conditions. Ultimately, as with any other health issue, it's always best to be cautious and reach out to your doctor if anything feels wrong or different.

Reproductive Rights
The US Supreme Court Has Overturned Roe v. Wade
by Mirel Zaman 1 week ago