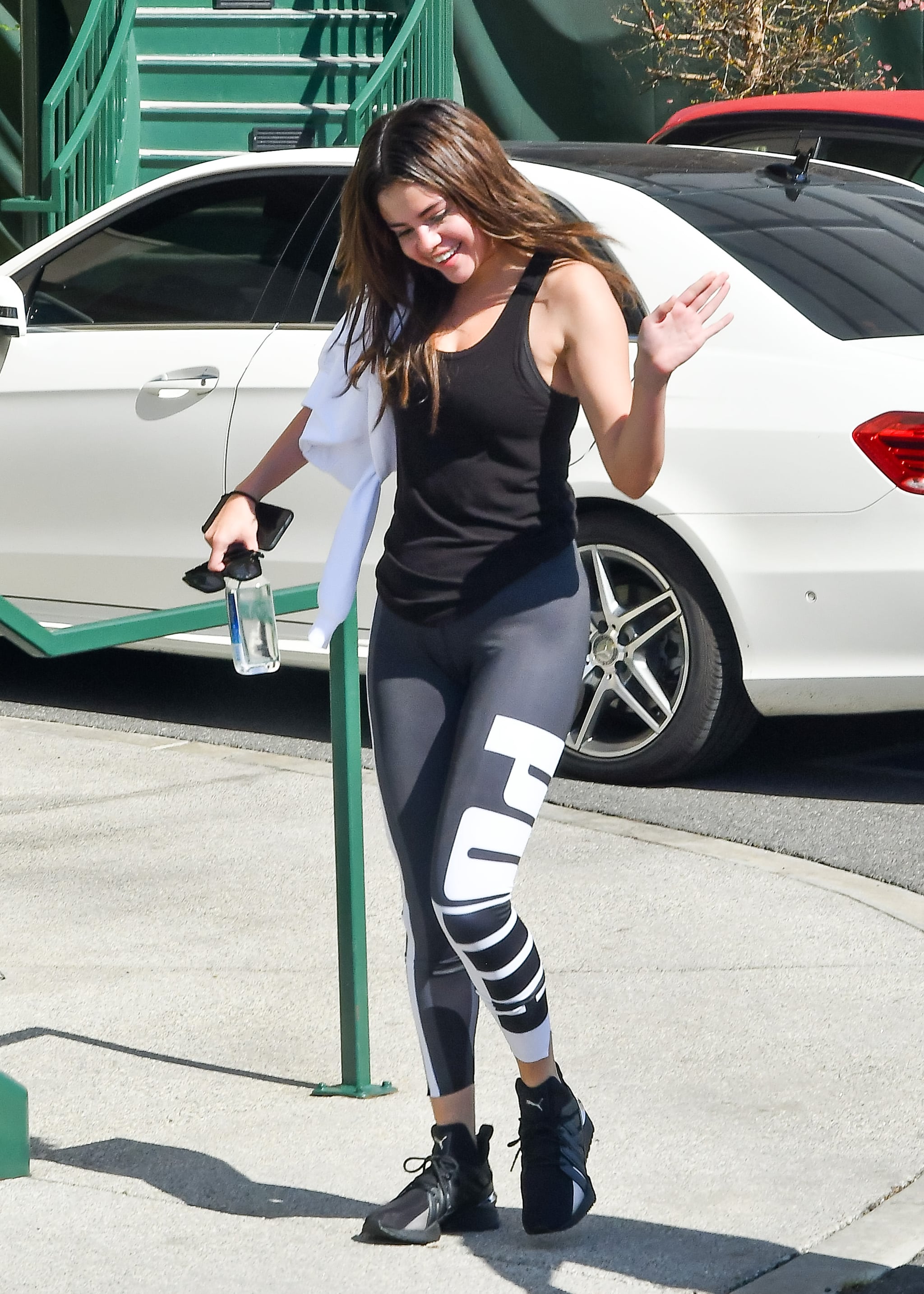 We've always thought of Selena Gomez as a healthy inspiration, but that couldn't be truer now. Since opening up about her lupus diagnosis and undergoing a kidney transplant, Selena has been putting her physical and mental health first.

Related:
Selena Gomez Opens Up About the "Life or Death" Moment in Her Lupus Battle

The Puma ambassador is up for three awards at the iHeartRadio music awards (including best fan army, dance song of the year, and best music video!) and is living a pretty ideal version of a healthy and balanced lifestyle: she has a workout she loves that makes her feel good, she eats healthy but still indulges, she works hard to reach her fitness goals, she doesn't use a scale, and she uses fitness to boost her mental health. Damn, girl. Take a peek at some of her healthy-living secrets.

Selena has been a Pilates superfan for forever. In fact, she loves Pilates and hot Pilates so much, she's been dragging Justin with her to workouts in LA!

Selena has been working with trainer Amy Rosoff Davis for years now; they train three to five days a week regularly and up to seven days a week if she's going on or currently on tour.

In addition to the strengthening and cardio Amy has Selena do, they also do some yoga, dancing, and booty-toning moves. Sounds like a well-balanced routine!

Related:
A Doctor Told Us to Throw Away Our Scales If We Want to Lose Weight: Here's Why

While Selena still has her favorite indulgences, Amy helped her make overall changes and swaps to take her to the next level of health. They went from lots of fast foods to more whole foods, and though nothing in particular is "off limits," the emphasis is to make healthier choices overall. Selena eats french fries backstage but she has a juicer back there, too . . . see? Moderation!

Related:
Get Selena Gomez's Workout Style With These Affordable Pieces