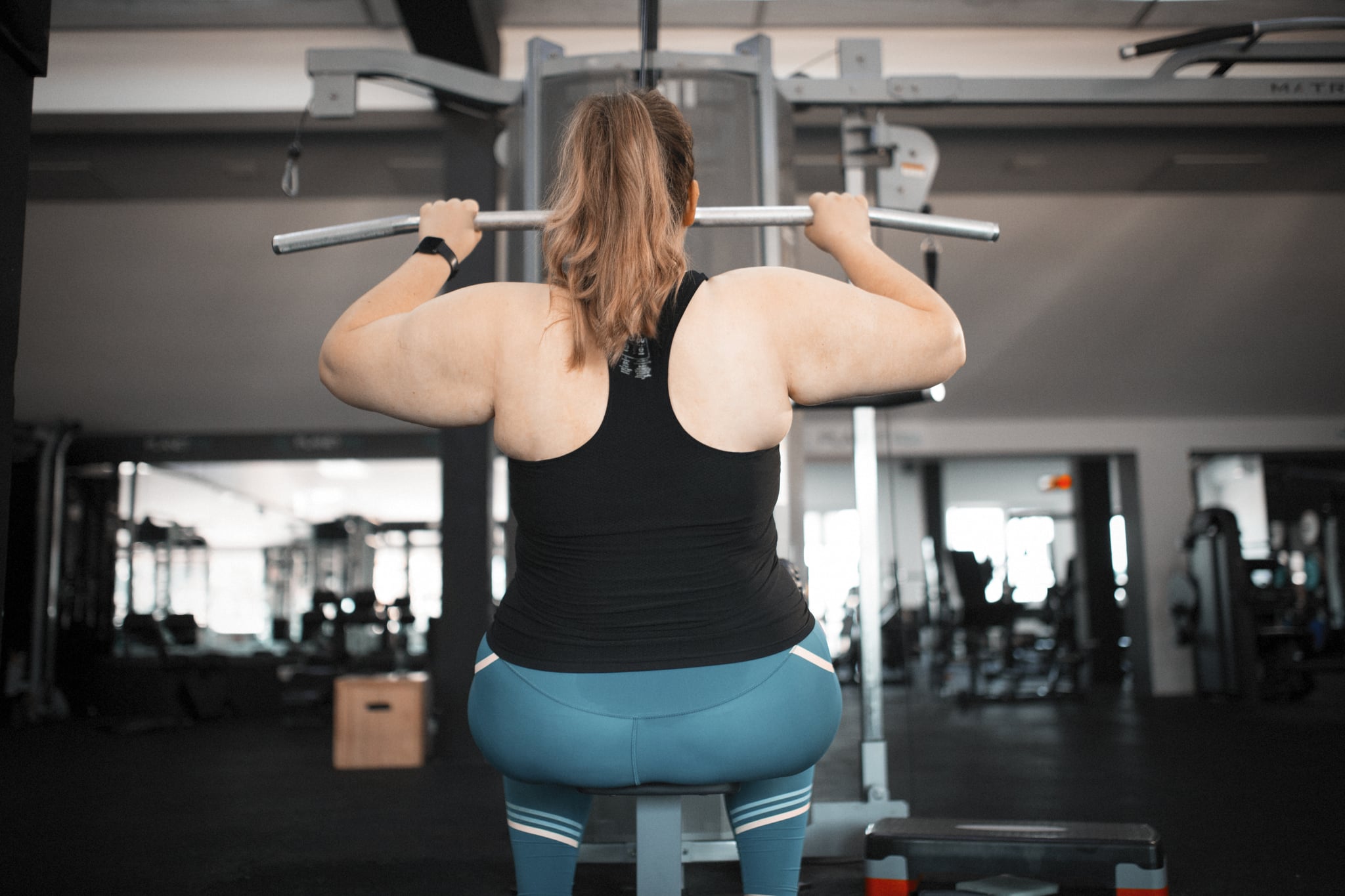 Stepping on a scale is a unique form of self-torture, in my experience. I've spent the vast majority of my life actively trying to lose weight, taking rigorously unhealthy approaches that sometimes resulted in the number on the scale going down and sometimes made it go up even higher. There were times when I would weigh myself and be relieved to see I'd shed a pound or two, but that happiness was short-lived as I'd gain back the weight (and then some), which deeply affected my mental health and the way I saw my body.

Each person's physical health journey is unique, and sometimes the scale can be useful, helping you keep track of your progress if you want to lose weight, gain weight, or put on muscle. For me, that's never exactly been the case. Keeping track of how much I weighed on a regular basis — aka stepping on the scale every morning like clockwork — meant I constantly had numbers swirling around my head: how much I weighed, how much I wanted to weigh, and how much I needed to lose, like, yesterday to make this happen.

Where It All Began

After a scheduled physical in 2019, I spent the rest of the day mentally berating myself over the fact that I'd hit my highest personal weight ever. Even though I was aware of the specific life factors that had led me to this point, I blamed myself for turning to food as a source of comfort and "letting it get this bad." I now understand that emotional eating is normal.

"Food is meant to be pleasurable and can be a coping mechanism or way to self-soothe," registered dietitian Brenna O'Malley told POPSUGAR. "If you do binge, don't beat yourself up for it, and try to resist the temptation to fix the binge by dieting, skipping meals, or purging." But it would take time before I realized my emotional eating wasn't purely a product of availability or temptation, but the result of an imbalance in the way I was caring for myself physically and mentally. After some deep self-reflection, I made it my goal to get to a point where I felt healthy again.

In the past, I'd tried diets that restricted which foods I could eat or how much of what — sugar, sodium, carbs, oils — I could put in my body; but the goal was always to reach a certain number on the scale, a number that I could say aloud without fear of judgment or self-loathing. Fearful of being discouraged about my progress by weighing myself at frequent intervals, I decided to give myself the grace not to step on another scale until my next physical, which would take place one year later.

This wasn't a decision I made lightly, as it would mean losing the framework by which I'd grown so accustomed to living. So I started with what I knew and set out to exercise on a regular basis and eat healthy foods that made me feel good, i.e. foods that are minimally processed because of my many dietary restrictions, including a gluten intolerance, lactose intolerance, and sensitivity to high-FODMAP foods. I also stopped counting calories and shifted my focus to intuitive eating. Intuitive eating involved taking the time to feel when I was hungry or full and acting on those feelings. It also involved letting go of the diet mentality I'd been stuck in for so long and allowing myself to eat more calorie-dense foods in moderation without letting the carbs and sugars weigh on my mind.

The most difficult part of this new step was making my peace with food and adjusting my mentality around what I was "allowed" to eat and what made my body feel its best. Before my decision to try this new approach, I would tell myself that comfort foods like french fries, cookies, and pizza were completely off limits, no matter how much I was craving them. Eventually, I got to a place where I was no longer terrified of losing all my progress because I ate a handful of potato chips, and I learned that it was OK to give into my cravings and even more beneficial than ignoring them completely. The final part of my game plan was to keep a workout routine that encouraged me to push myself without using the exercise as way to punish myself for eating anything that wasn't a "health food," which went hand in hand with my new approach to healthy eating.

How I Let Go of Being Defined by a Number

After sticking to my self-made plan for a few weeks, I noticed I'd started to make progress. I could tell by the way my clothes fit and the way I felt physically that I was losing weight. Sure, when the pounds started to shed off, I was curious and wanted to step on a scale, but as part of my new plan, I no longer owned one. This helped me resist the urge to weigh myself but also gave me the time to reflect on what I hoped to gain from seeing a new number staring back up at me. In theory, I would see the number and feel encouraged to push forward until I'd reached my goal weight. But I knew that, no matter what number I saw, I would still feel a sense of disappointment that I couldn't yet explain, and I was glad to be relieved of the opportunity to judge myself for the thousandth time.

I learned to recognize the signs my body had been putting out for years.

Eventually, I moved on to measuring myself by which pair of jeans I fit in, but even that could prove fruitful one week and discouraging the next. As I pulled out my phone one afternoon to add a strip of measuring tape to my Amazon cart, I stopped and forced myself to think about why the inches around my waist or the exact pounds hanging off my body were so important when I already felt better than I ever had before. By no means was I the smallest I'd ever been, but I'd given myself the freedom to live life with a new mindset. I still wanted to lose weight, but more than that, I wanted to do what was best for my body and my mind.

Eventually, I started to take a more mindful approach to eating, which involved eating more slowly to take in the smells and textures of the food, listening to my personal hunger cues, and reflecting on how different foods made me feel. It was only when I began listening to my body when it demanded the basics, like more water and more sleep, that I began to fall in tune with myself and pay attention to what I really needed. I'd practiced mindful eating and meditation for short bursts in the past, so I knew these methods of recentering myself were effective for me.

In addition to keeping away from the scale, I gave myself permission to take a step back and acknowledge when I was stressed or upset and why those emotions made me want to turn to food. I learned to recognize the signs my body had been putting out for years, asking for rest or fresh air or even just a hot cup of tea. So when I finally started to listen to those signs and act on them, my body rewarded me not by immediately shrinking down to my goal weight, but by equipping me with the knowledge that being smaller is not equivalent with being happier.

What I Learned Along the Way

One year after I'd set my goal, I returned to the doctor's office for my annual physical. I wasn't surprised when I saw that the number on my chart had gone down or when my family congratulated me on my weight loss, but I also didn't feel the urge to celebrate. I knew that taking care of my body and mind would be an ongoing process, and I carried that knowledge with me into the next year as I stuck to doing what worked to make me feel healthier and more content, which included avoiding the scale. Another year went by and I returned to the doctor's office to do it all over again, only to find that my weight from the previous year hadn't shifted. I was exactly where I was a year ago, and it was nowhere near the imaginary number I had once told myself would grant me infinite happiness.

I had reached a point where I was happy with who I was and the way I looked, and that level of satisfaction didn't equate to any specific number on a scale.

I will say, for a few hours, I was disappointed in myself. I'd spent the last year eating foods that made my body feel good, exercising when I needed to move, and resting when my body told me it needed a break. I'd stuck to meditating, gotten into the habit of drinking more water, and rarely missed out on eight hours of sleep. So why had my weight not gone down? After giving myself time to reflect, I realized it was because, for the first time in my life, I wasn't actively trying to lose weight. I had reached a point where I was happy with who I was and the way I looked, and that level of satisfaction didn't equate to any specific number on a scale.

By taking a more holistic approach to my self-care, I moved past defining myself by my weight; I learned just how connected my mental and physical well-being are; I learned to speak to myself with words of encouragement rather than words of derision; and I learned that my body is ever-changing, and no number on any scale is allowed to threaten my happiness. 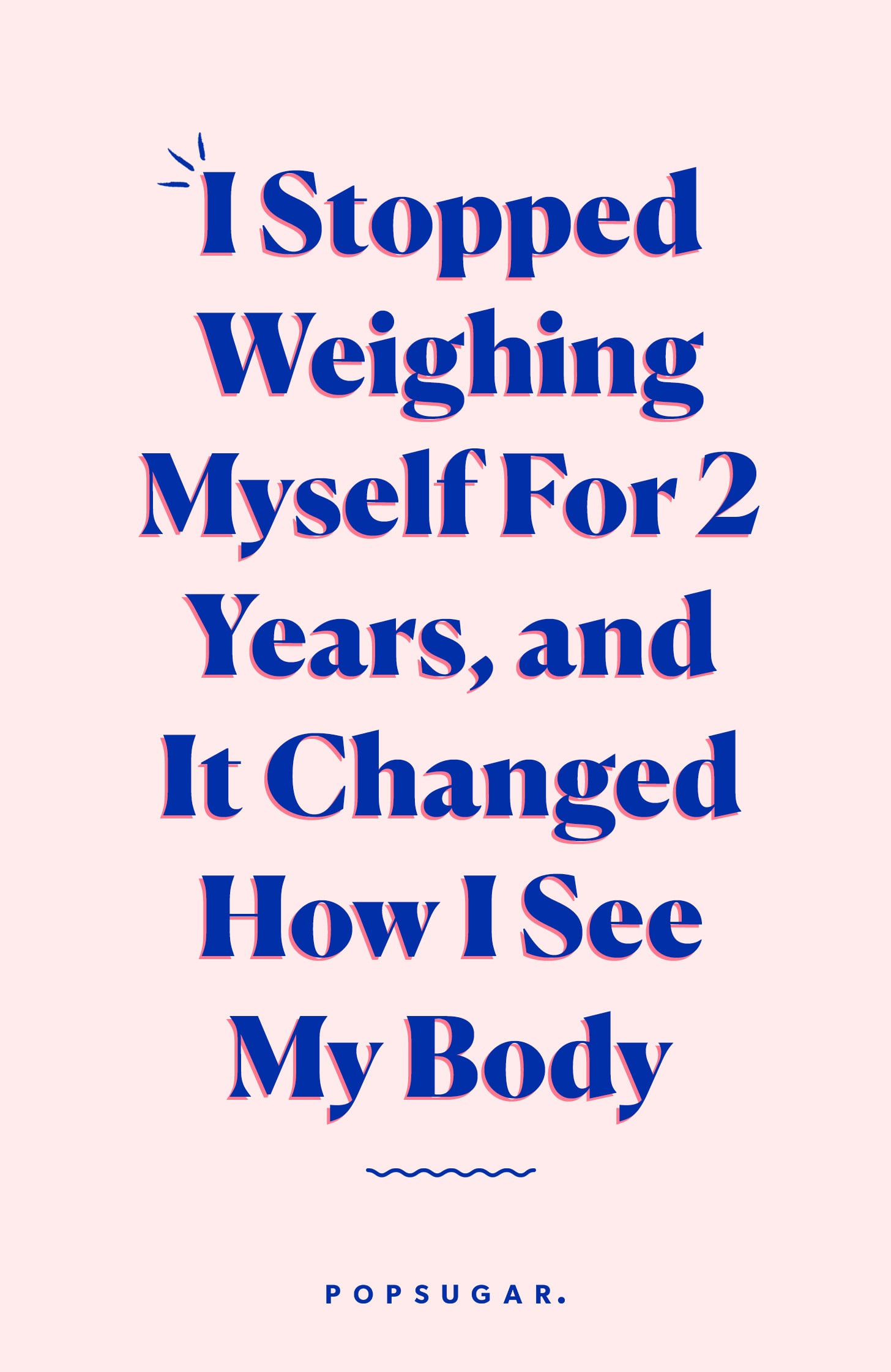 by Angelica Wilson 33 minutes ago