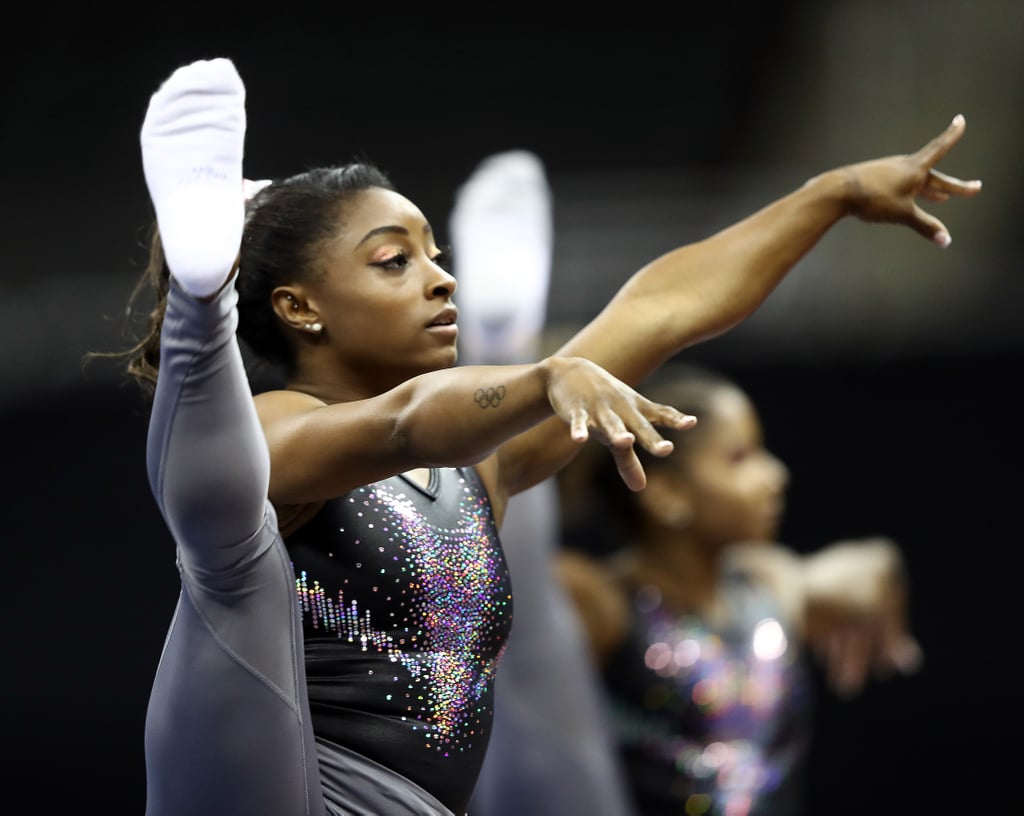 The 2019 World Gymnastics Championships in Stuttgart, Germany, officially starts on Oct. 4, but first, the teams have to train. The first of the month marked the start of podium training for the US women's team consisting of 2017 World floor and vault silver medalist Jade Carey, 2018 Worlds team members Kara Eaker and Grace McCallum, 2019 Nationals silver medalist Sunisa Lee, 2016 Olympic alternate and University of Utah collegiate gymnast MyKayla Skinner, and five-time Olympic medalist (and GOAT) Simone Biles. (Note: on Oct. 3, it was announced that MyKayla had been chosen as the alternate for Worlds.)

Simone already made history at the last World Championships when she became the first female gymnast to win four World all-around titles. She also holds the record, after a tie-breaker, for the most World medals of any woman in gymnastics. This time around, she needs to place on the podium four more times to become the most decorated World medal gymnast, out of men and women, in the sport (she'd surpass the record of 23 World medals earned by Vitaly Scherbo).

Then, there are the record-breaking skills. As we've reported in the past, Simone is dominant because her routines bring a high level of difficulty and she executes them well. She already has two skills named after her, both called "The Biles" — one on floor and one on vault. And, she's en route to adding two more skills into the record books under her name. One of them, a triple-twisting double on floor, is something she's guaranteed to do during Worlds this year, she said in a press conference before today's training session.

"The triple double I'll do at every competition here, because that's what we've been doing in the gym. It's getting better, so I'll do that every time I do a full routine," Simone said, according to USA Gymnastics. As for her double-twisting double dismount off beam, Simone and her coach Laurent Landi are reportedly more selective about when she competes that move. But, that doesn't mean she won't go for it at Worlds — she's already doing it in training, and she told us in a previous interview that getting those two new skills named after her is her main goal before the Tokyo Olympics in 2020. (Note: it also looks like she submitted a third new skill for evaluation on bars!)

Ahead, watch clips from Simone's first podium training session in Germany. She competes on Saturday, Oct. 5, with the rest of Team USA during the qualification round. That will be televised on NBC live platforms, according to the schedule on USA Gymnastics's World Championship landing page. The team competition is set to take place on Tuesday, Oct. 8, the all-around competition will happen on Thursday, Oct. 10, and the event finals are the weekend of Oct. 12 and 13. Watch those on NBCSN. There's a lot to look forward to! 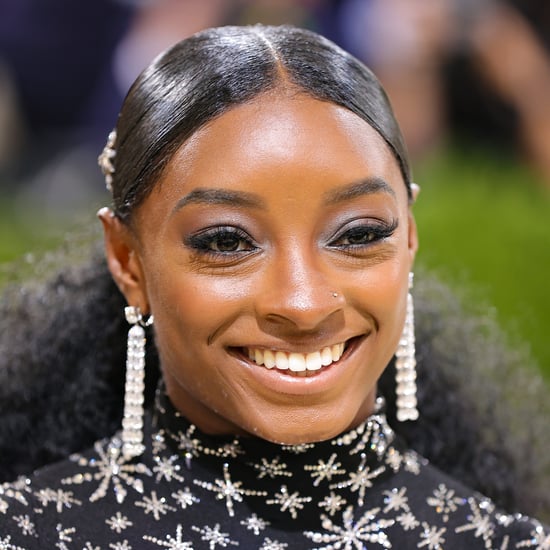 by Jenny Sugar 13 minutes ago