POPSUGAR / paid for by / Kraft

There's nothing better than an easy spin on a classic dish. That's why we partnered with Kraft for this recipe. 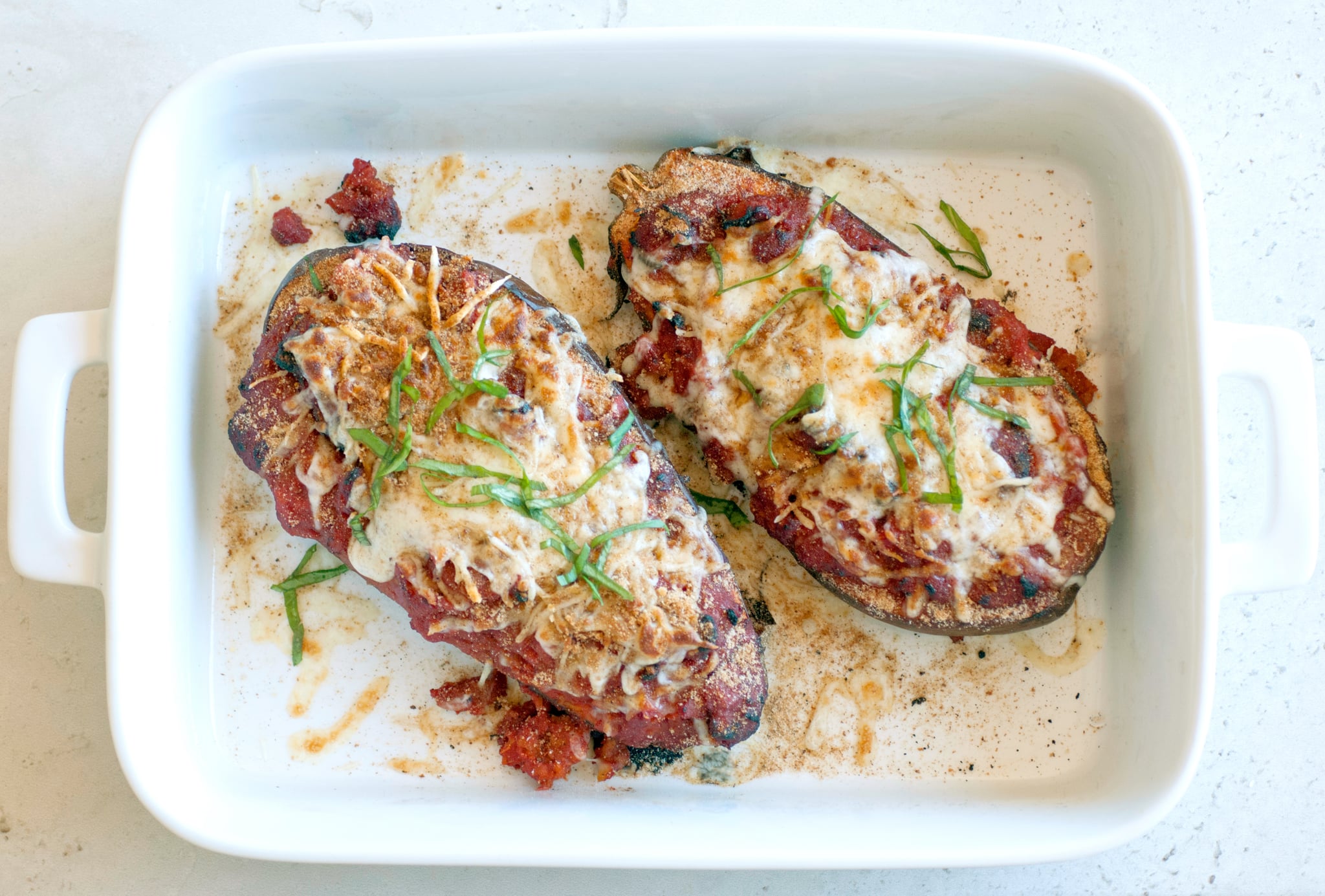 I absolutely love eggplant parmesan. The combination of soft eggplant tucked inside a crisp coating then topped with melted cheeses is simply so good. But doing all that slicing and frying is a bit time consuming when you'd rather be eating the finished deliciousness. Make it easy and slice an eggplant in half for a quick version of the dish that's still crazy good.

Slightly scooping out the insides of the eggplant creates a lovely resting place for your homemade sauce. Yes, that's right — a simmered sauce that only takes 20 minutes to make. 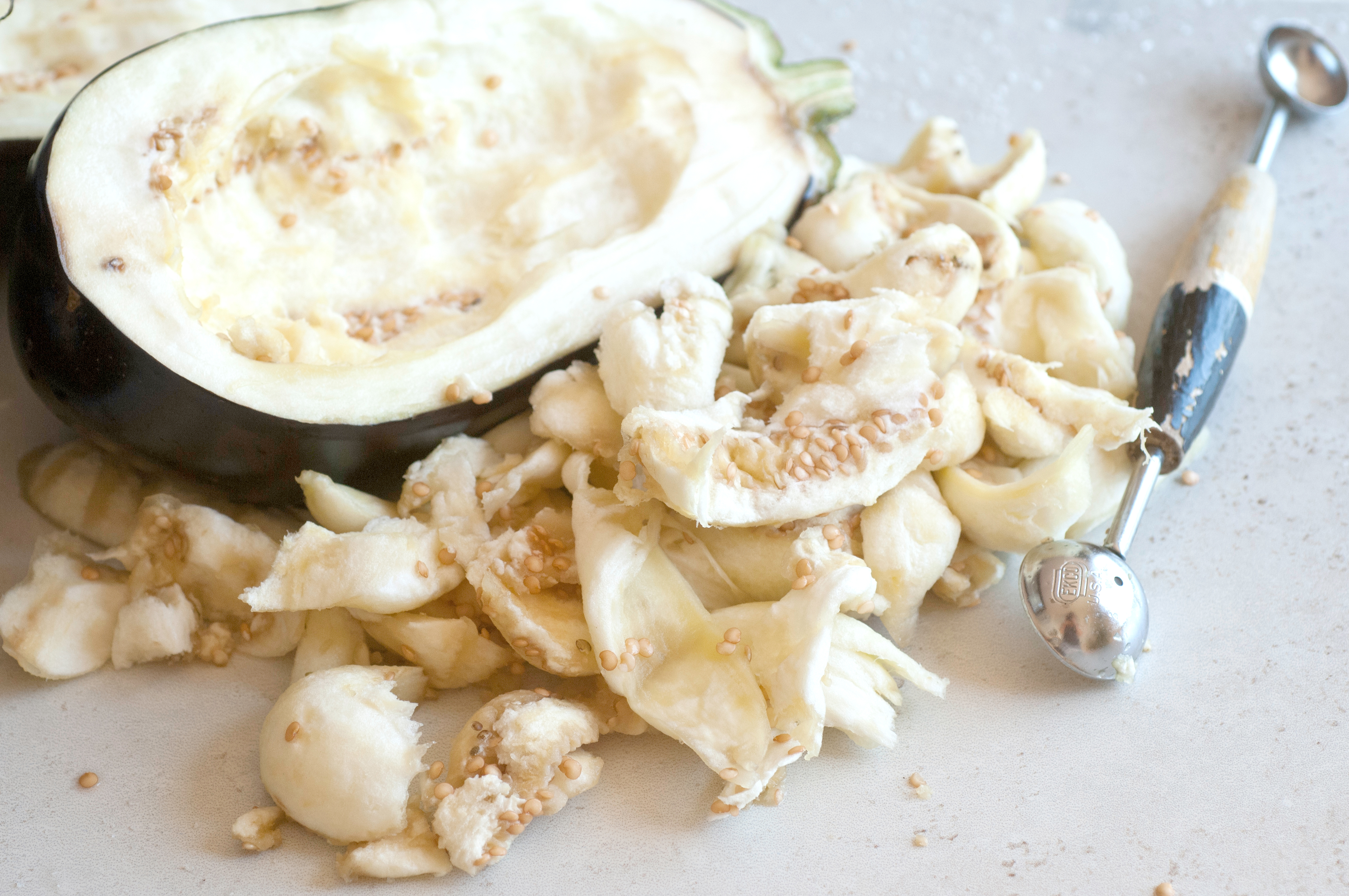 After a bit of time in the oven, layer on the cheeses and finish under the broiler for a dinner that's finished in under an hour. You can't beat that. 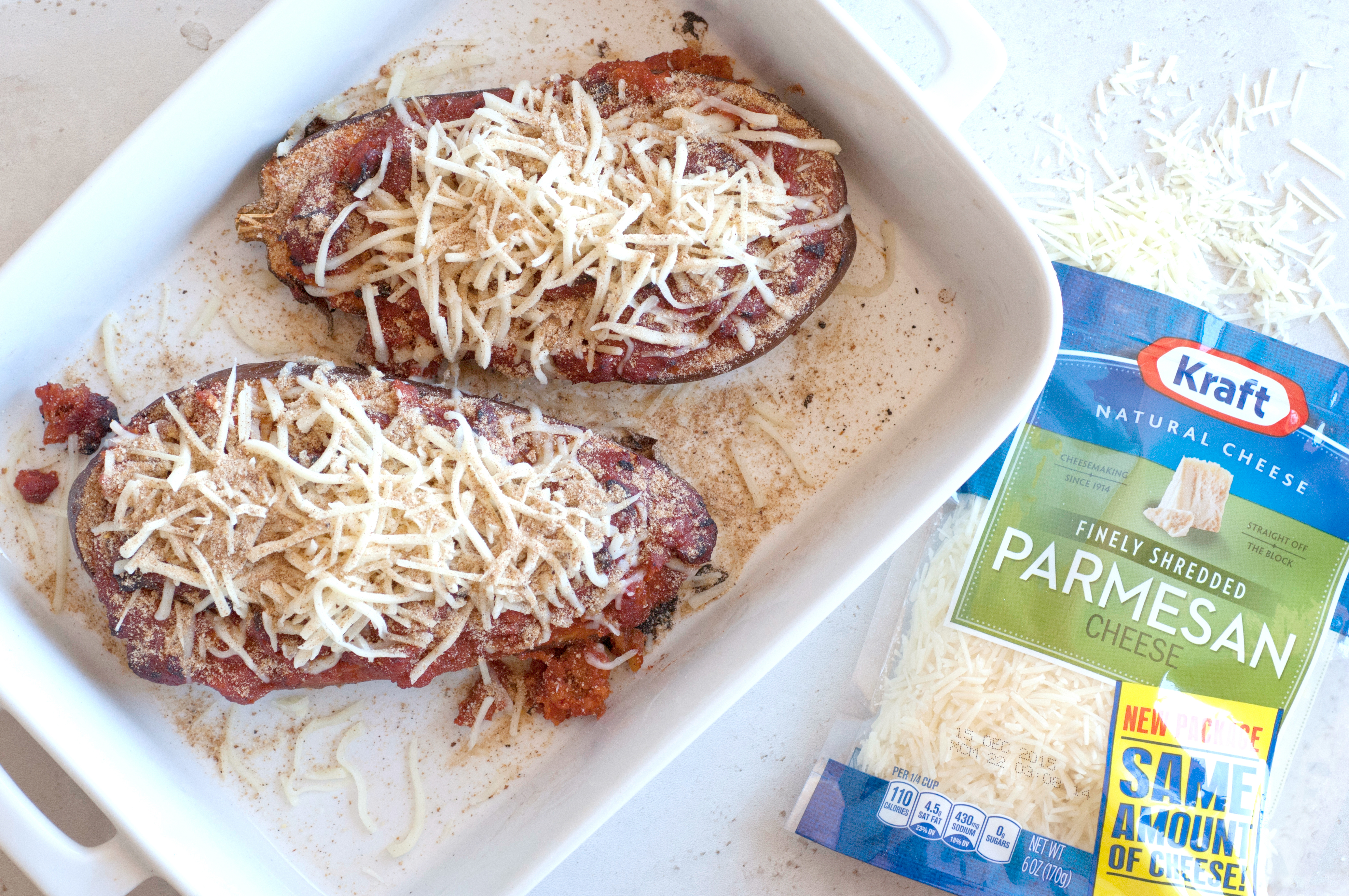 Scoop it up and serve alongside a fresh salad or over pasta. Or just eat straight out of the casserole — it's completely acceptable. 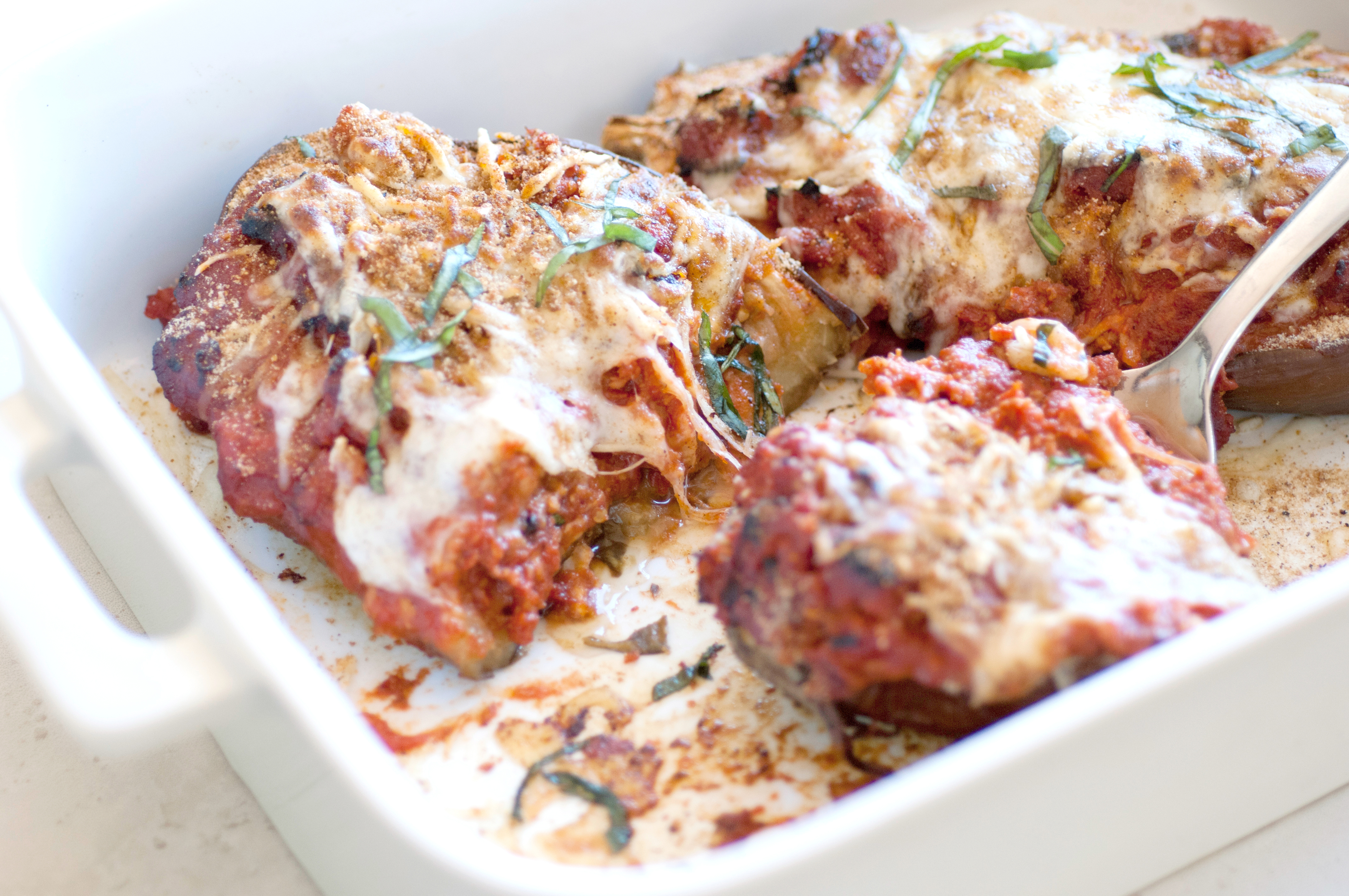 Eggplant can get a bit bitter if you rush the cooking process, so take the time to salt the sides and let them sweat out some liquid before baking. 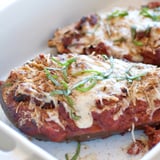