Broccoli soup lovers will go crazy for this greener take on fettuccine alfredo from Tastes Lovely. 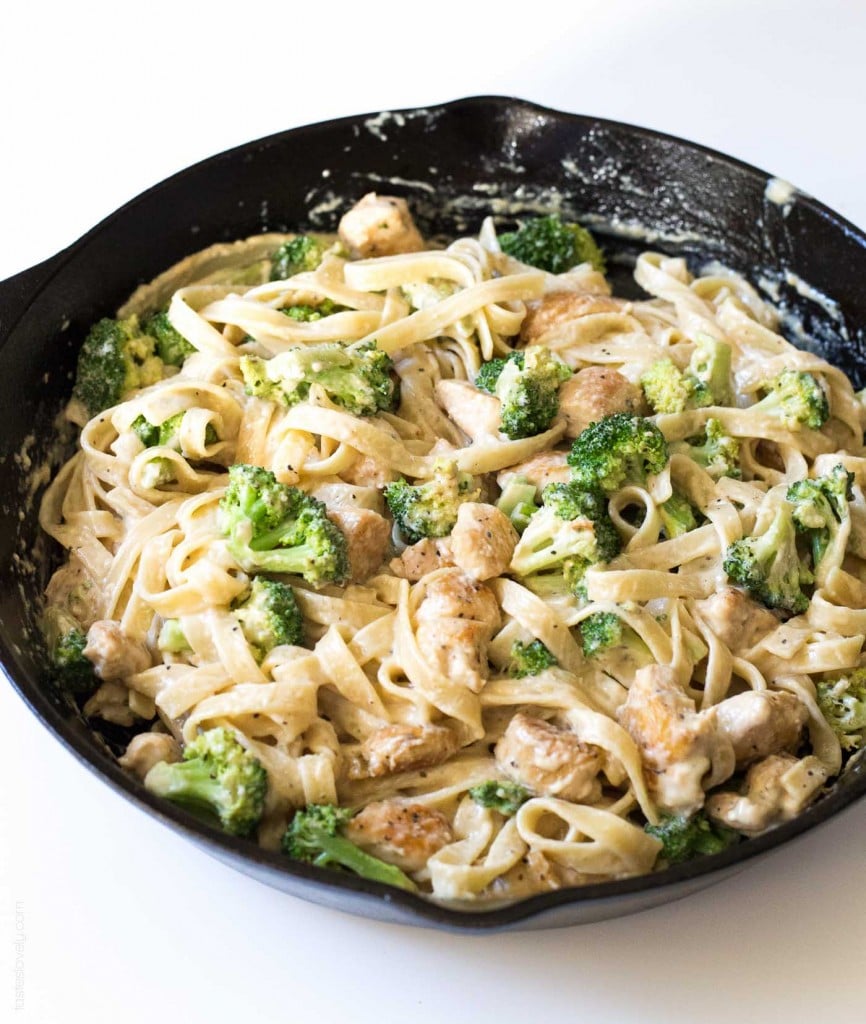 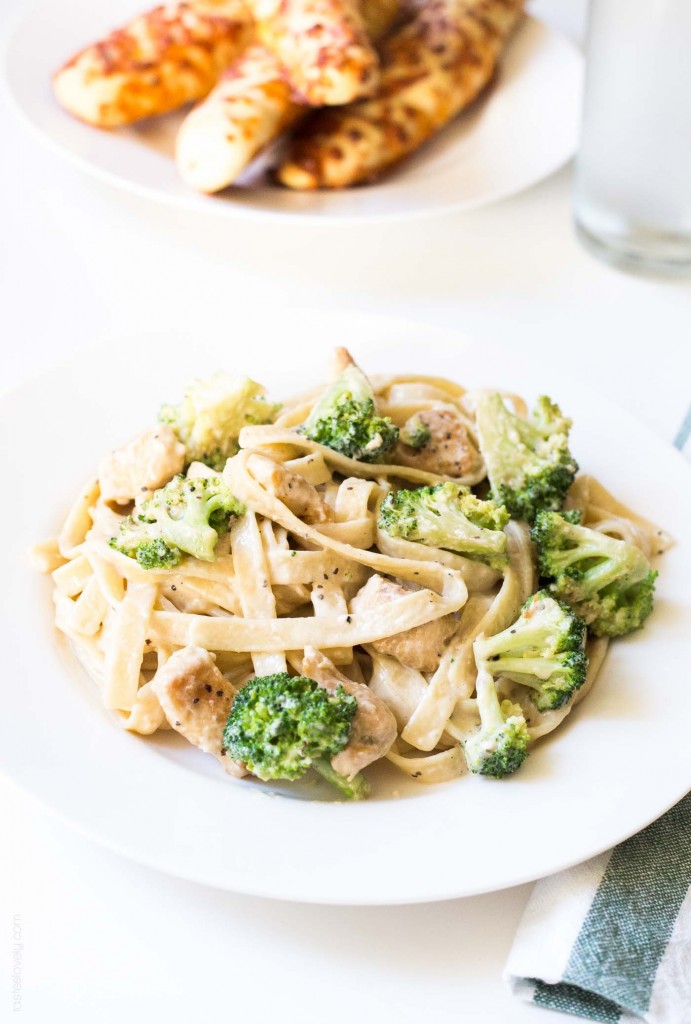 Our dog Lou is a Havanese, and needs a haircut about once every 6 weeks. Otherwise, his fur would grow to the ground. I could take him to a fancy pet grooming salon, but they charge the same amount of money to cut his hair as I pay my hairdresser. And I only get my hair cut about 2 times a year!

Instead, I cut Lou's hair myself. 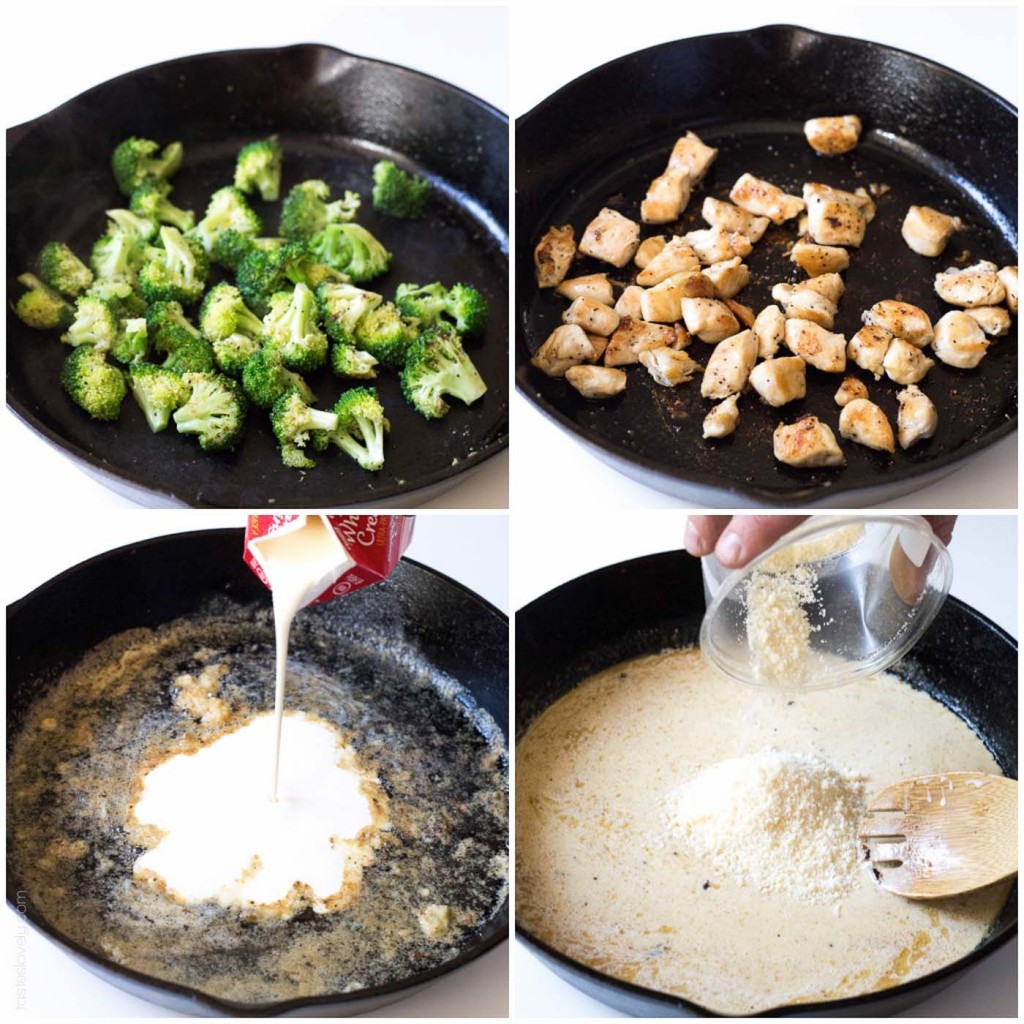 A Lou haircut day is a a big chore day. Cutting it, bathing him, drying him. It takes at least 2 hours.

This weekend I gave him a haircut, and after we were allllll done, I let him out to go out to the bathroom. As I was wiping down the sink and putting all the wet towels away, he walks in the house COVERED in dirt. We had just laid out some new black dyed tanbark, and Lou rolled all in it. And my once white and sparkling clean dog was now almost black. 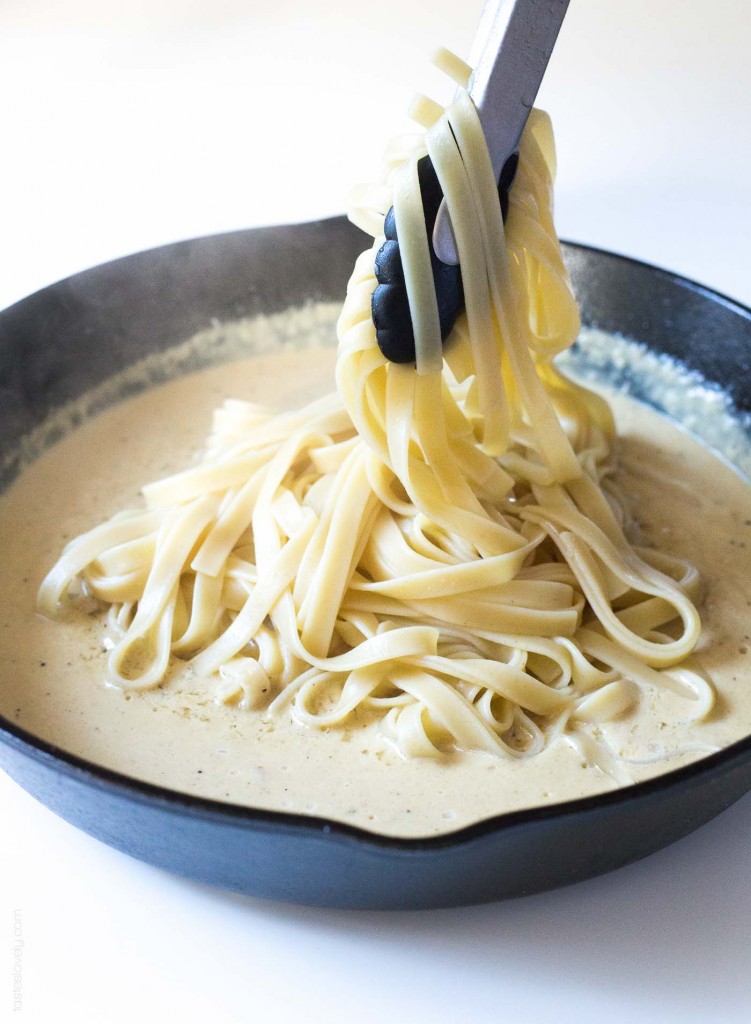 I had to give him a brand new bath and dry him all over again. It was like Groundhog's Day. What should have taken 2 hours now took over 3 hours.

Afterwards, I took a nap. 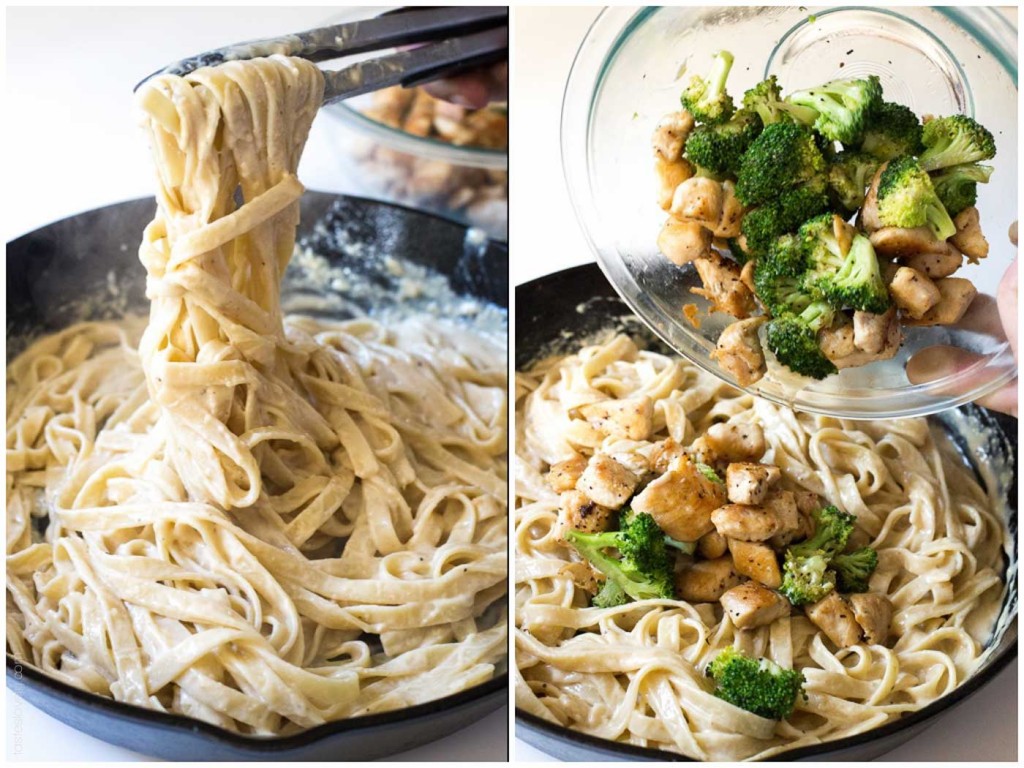 After a long day of dog grooming, I wanted a quick and comforting dinner. Luckily for me, I had all the ingredients for this broccoli chicken fettuccine alfredo. I didn't even have to make a trip to the store.

Not only is this pasta dinner delicious, but it comes together in a snap. Ready in less than 30 minutes. 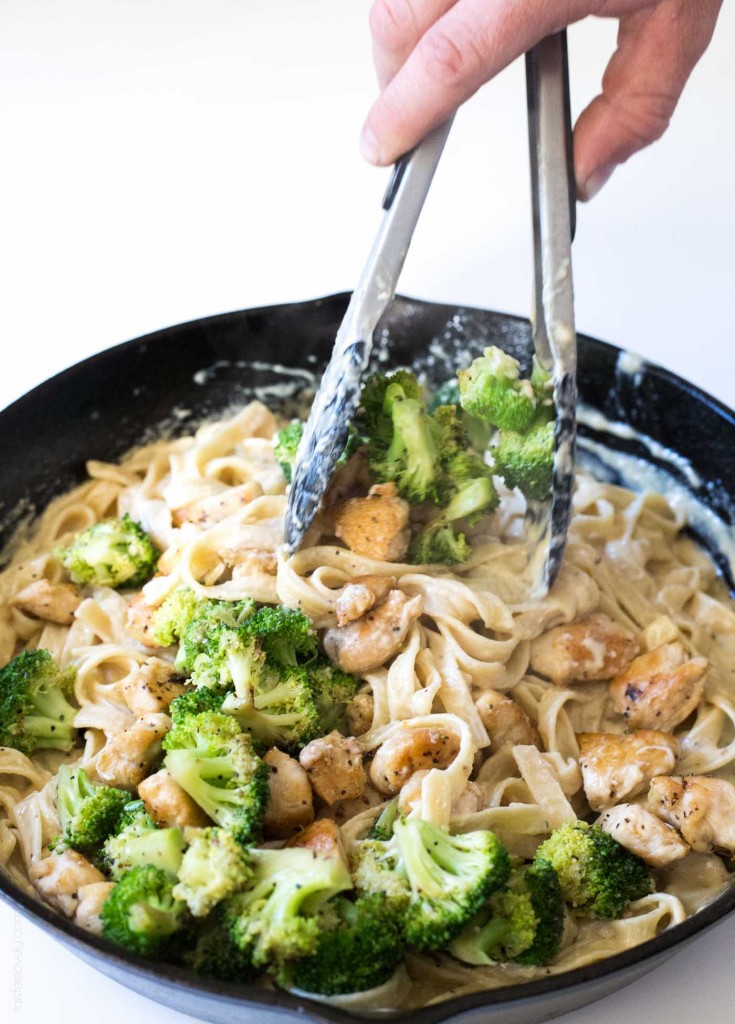 Do yourself a favor, and never use a store bought jar of alfredo sauce. You can make your own alfredo sauce almost as fast as opening a jar, but it tastes a million times better. Just some butter, garlic, heavy cream, and grated parmesan cheese. While it's not exactly the healthiest, I can promise you it is the tastiest. I've made "healthier" versions of alfredo sauce, it's just not the same. If it's fettuccine alfredo you want, you're craving this.

Besides, it's almost stretchy pants season, so it's OK to indulge every now and then this time of year. And I'm pretttttty sure the broccoli cancels out the heavy cream, right? 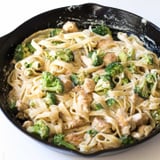