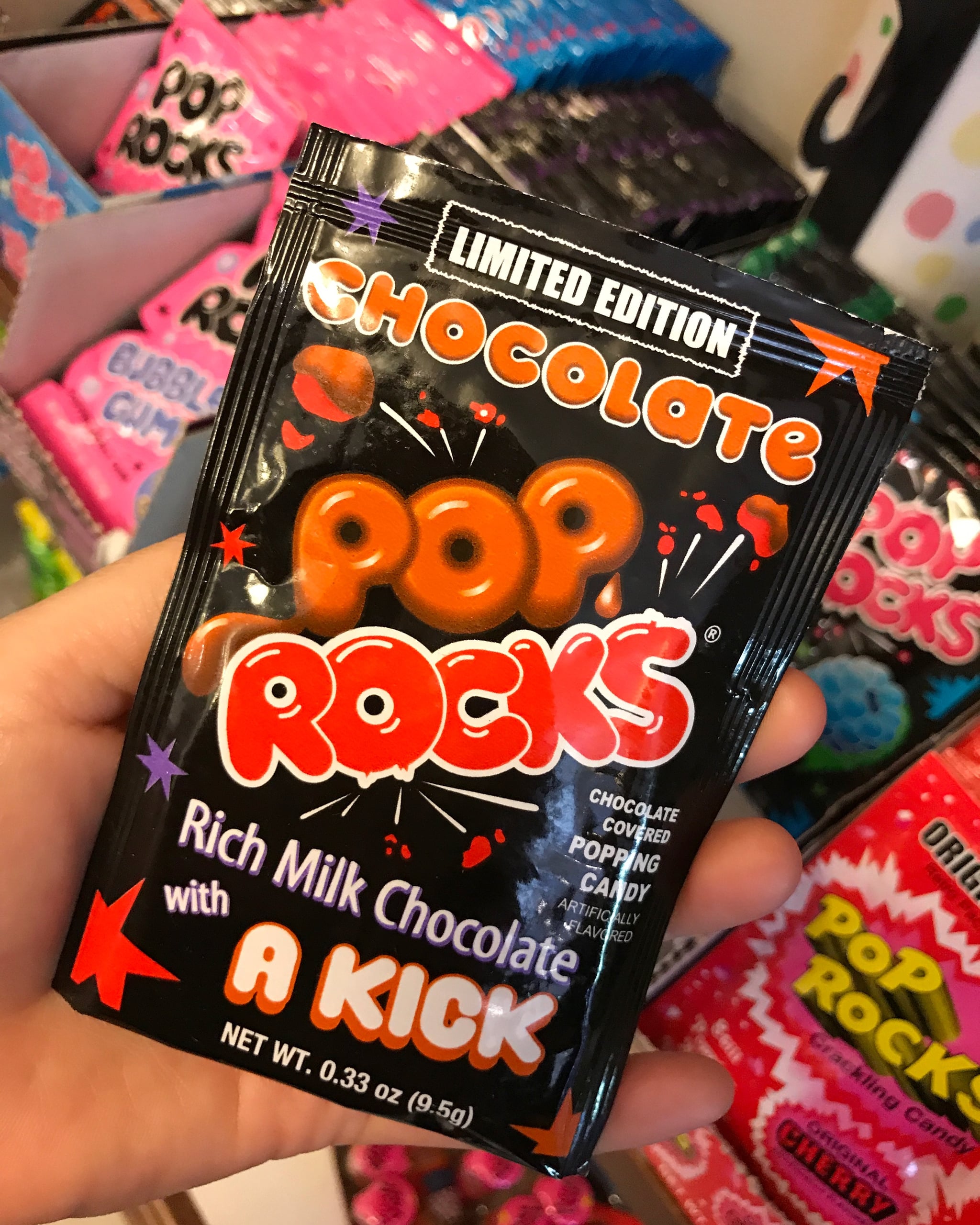 I was perusing the candy aisle at my local candy store, because why not? I mean, it's part of my job to be the full-on guinea pig taste-tester for new products, so I'm always on the lookout for things I've never seen before. These "limited edition" chocolate Pop Rocks totally caught my attention. At first, I thought they were chocolate-flavored Pop Rocks, but upon careful inspection, they are actually just milk-chocolate-covered Pop Rocks. Still intrigued, I ripped open the pack and dumped a handful of what I can only describe as the cutest tiny animal poops into my hand. My friend made a joke about calling them "Poop Rocks," which made me chuckle just a bit, and then I tossed them in my mouth.

My friend made a joke about calling them "Poop Rocks," which made me chuckle just a bit, and then I tossed them in my mouth.

Now we had quite the debate over them, with some people in the group thinking that they lacked the firepower potency of the OG rocks, but my friend and I really enjoyed them. Sure, they didn't snap, crackle, and pop on contact, but the slowly melting milk chocolate made for a quite enjoyable experience. It was smooth at first, and then the pops almost caught me by surprise! It was refreshing and fun. 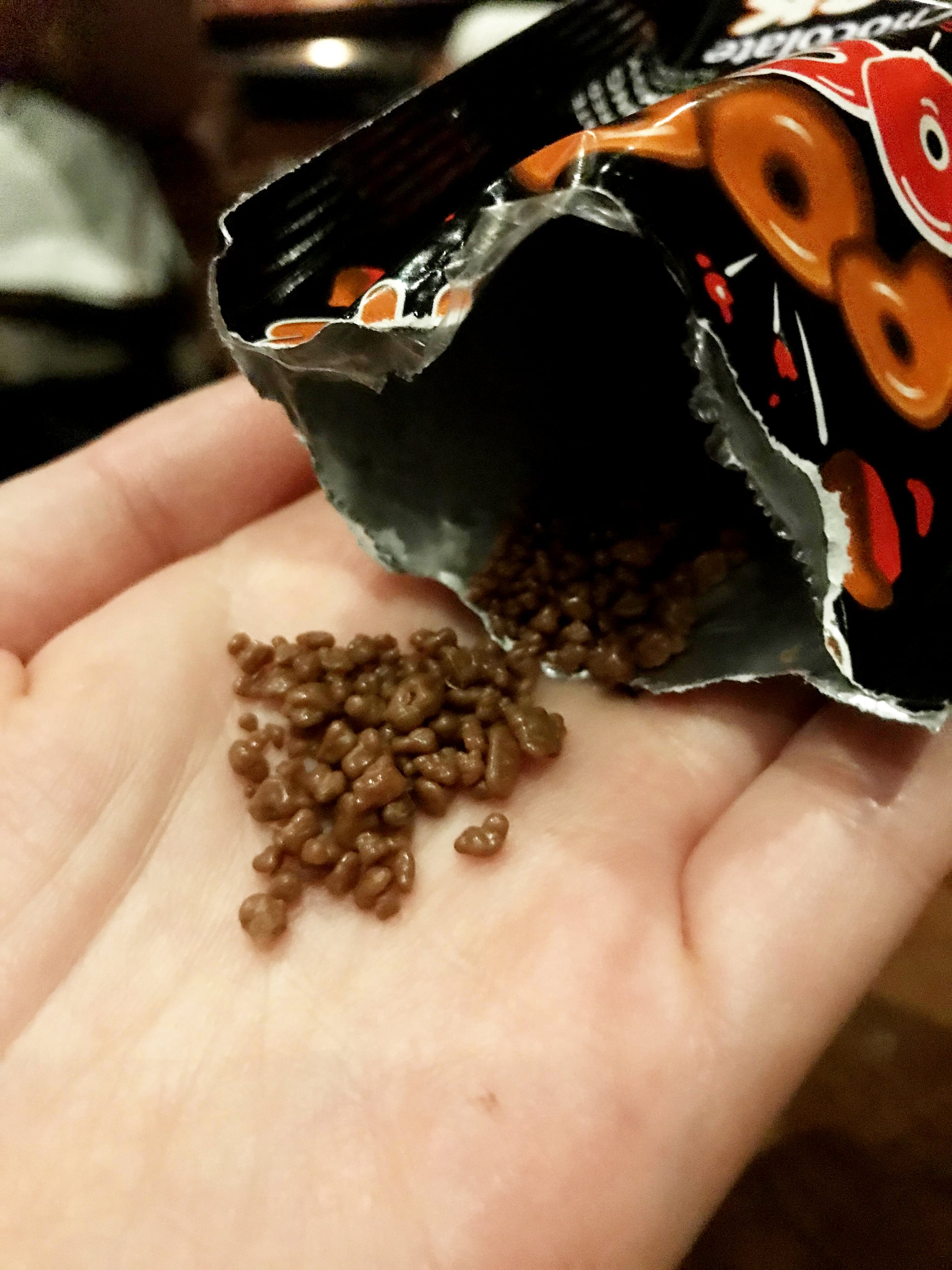 Once I got home, I dug into the origin story of these little gems. As far as I can tell via internet digging, they've been around since 2006. Limited edition going on year 11 now? The website leaves zero clues as to when they were launched and if they ever have a chance of becoming a regular flavor vs. living in their ambiguous state. All I have to say is I'm so glad that I found them. If you do see them in your local candy aisle, do yourself a favor and give them a try.

Food News
The "Edward Drink" at Starbucks Is Going Viral, and Here's Why
by Lauren Harano 1 day ago

Walt Disney World
Disney's Starbucks Tumbler Is Back in Stock, and It Features Doodles of the Park's Iconic Spots
by Lauren Harano 1 day ago

Food News
A Cheez-It Cake Now Exists, and You Can Buy It Online If You So Choose
by Victoria Messina 2 days ago