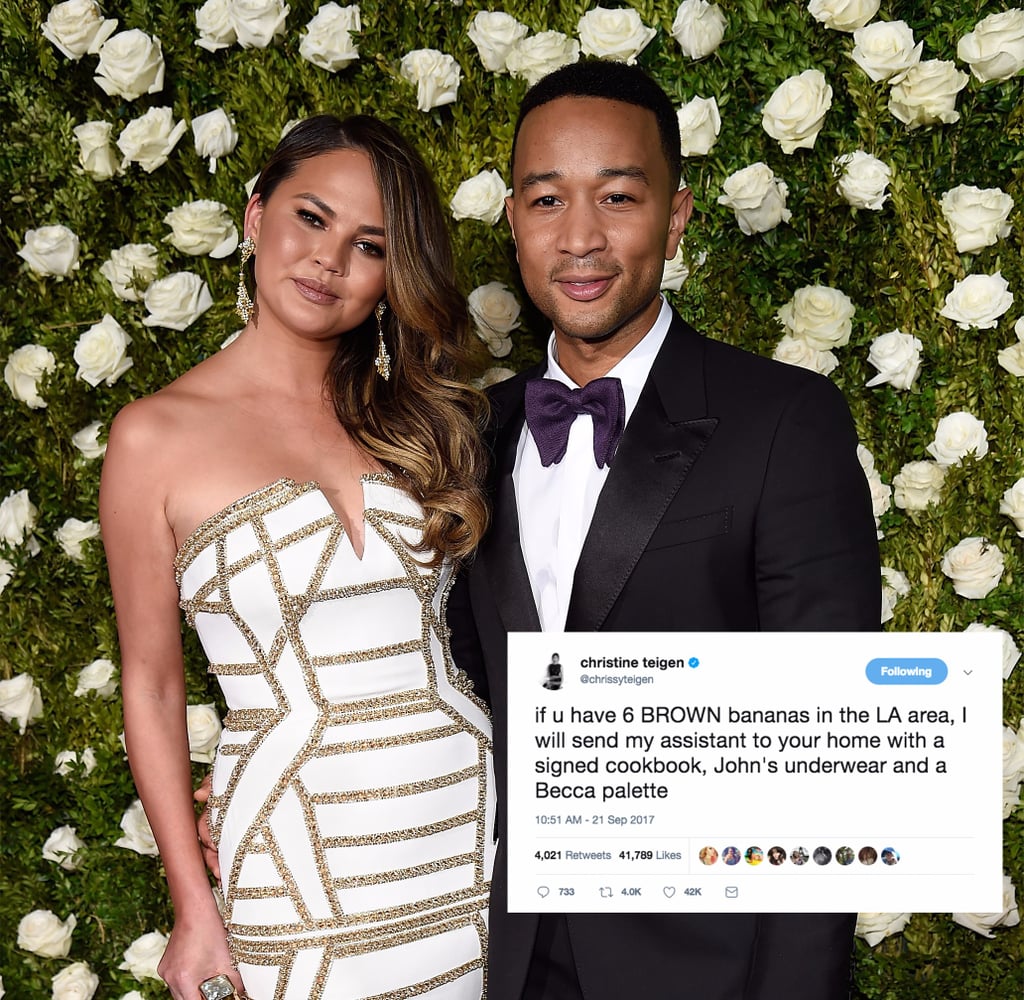 Any home baker knows that the perfect banana bread is made with overly ripe, browned bananas to exact optimum sweetness. Chrissy Teigen, an accomplished foodie who is currently working on her second cookbook, believes this deeply — which is why she was willing to offer a lucrative trade for several ripe bananas while recipe-testing.

Chrissy tweeted a plea to her 7.5 million followers seeking browned bananas anywhere in the Los Angeles area. "I will send my assistant to your home with a signed cookbook, John's underwear and a Becca palette," she tweeted, adding that it was a real offer. Naturally, Chrissy's fans responded quickly and obsessively, all jumping at the chance to provide bananas.

All in all, the Twitter plea worked — Chrissy's "assistant" (AKA her mom) picked up five brown bananas from a local winner within the hour, and everybody was happy. Trust us, you'll want to read the entire exchange!