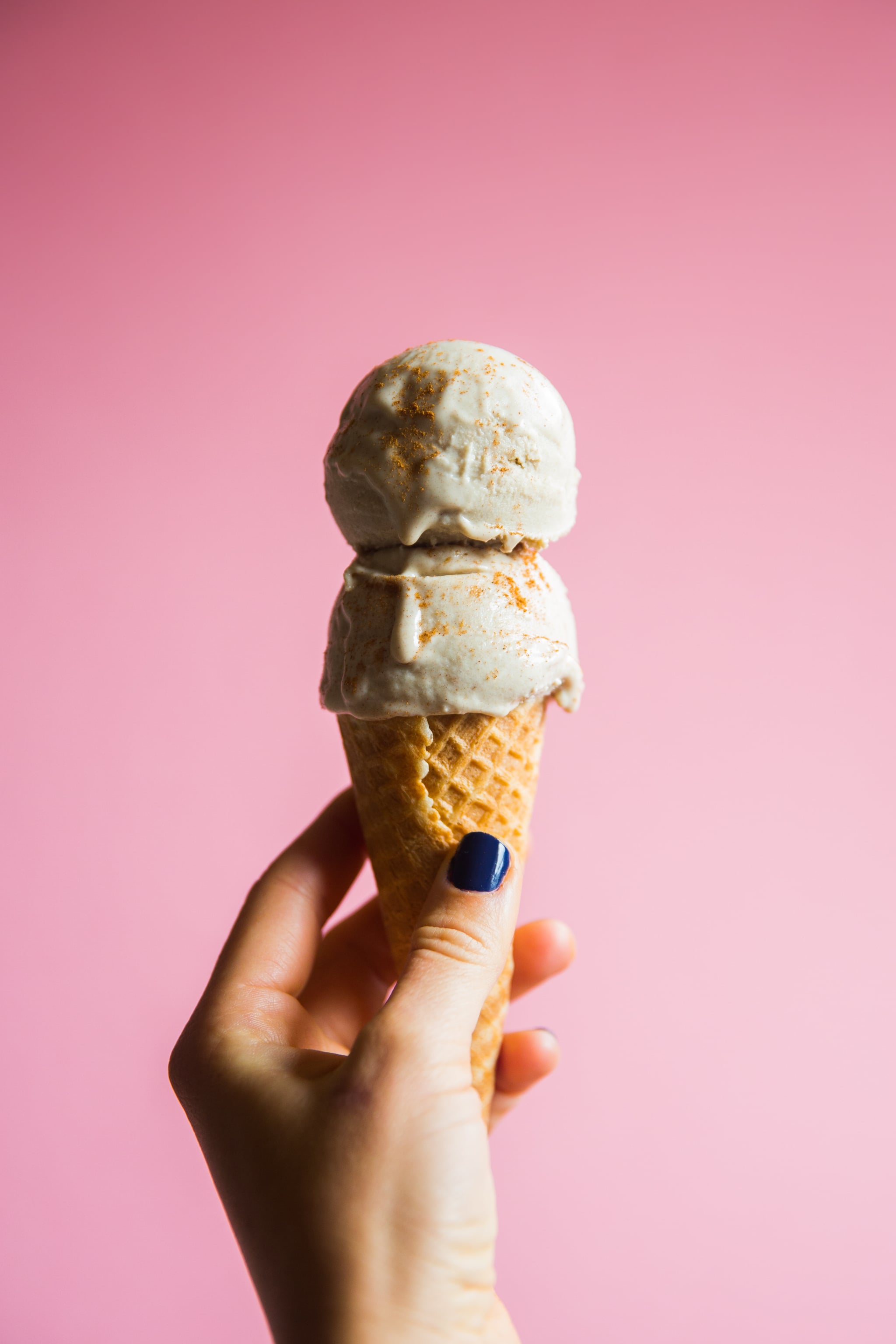 On the days when we need an extra boost, we'll reach for coffee in any form we can get it. From a regular "cup of Joe" to caffeine-infused snacks, coffee is our savior at those especially sleepy moments. But just because a drink or food may be coffee-flavored, that doesn't necessarily mean that it has a ton of caffeine in it. Case in point: coffee ice cream.

For starters, a typical eight-ounce brewed cup of coffee has 95 milligrams of caffeine and one shot of espresso has 64 milligrams of caffeine. The recommended daily limit is 300 milligrams, or about three cups of brewed coffee. In order to reach that amount via ice cream, while it depends on the brand, the overall theme is that it'll take many, many spoonfuls.

To put that in perspective, you would need to eat about a cup and a half (or three servings) of Häagen-Dazs's coffee ice cream to reach the amount of caffeine in one cup of coffee. That means that you could eat 10 half-cup servings (or two and a half pints) of it and you still wouldn't have hit the recommended daily limit.

So, if you stick with the serving size on most coffee-flavored ice creams, you won't come near a coffee-cup's worth of caffeine. While this means that you're better off reaching for a regular cup of coffee in the morning to get your fix, it's good news for any late-night snacking, because the low amounts of caffeine won't keep you up!