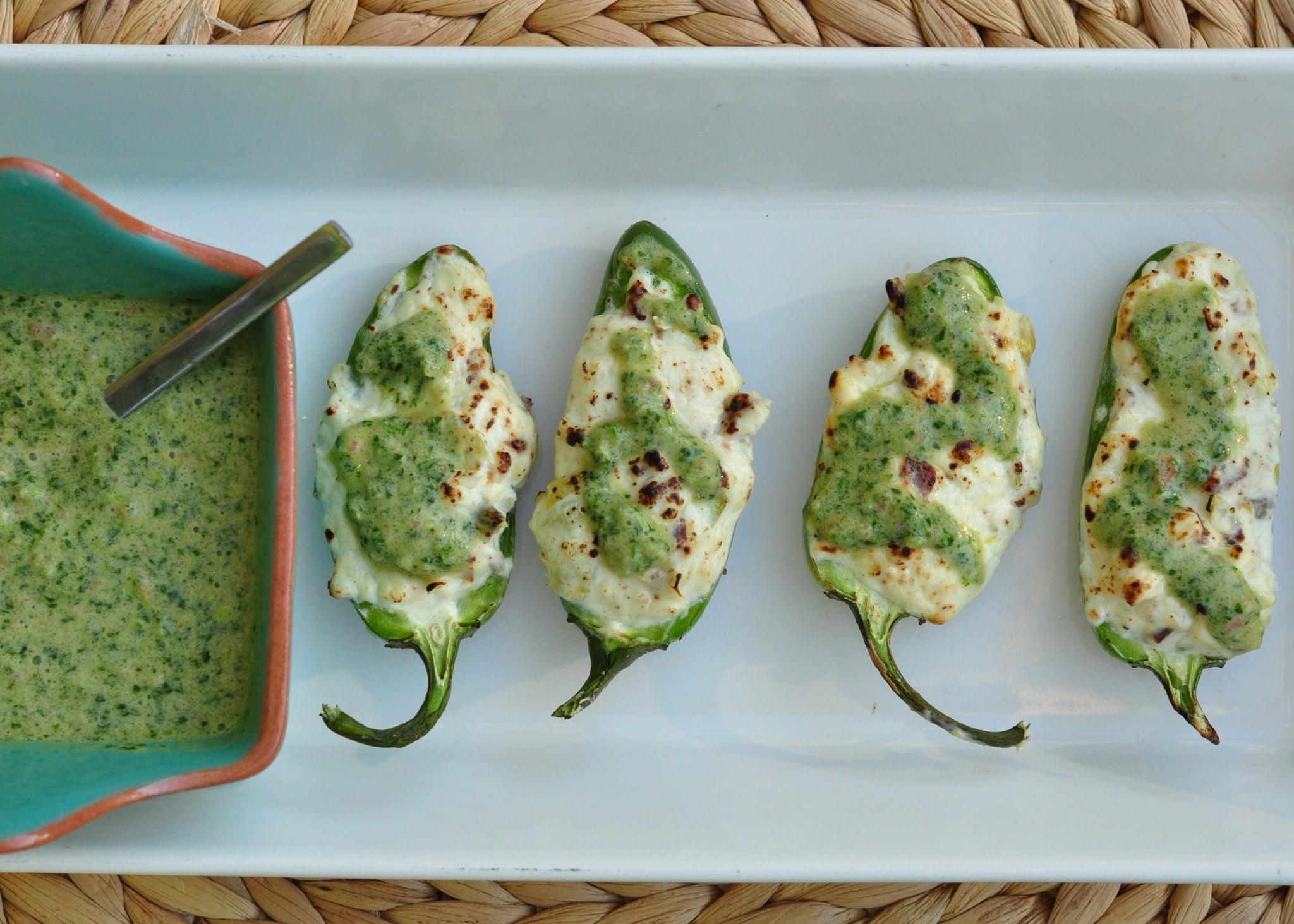 If you're barbecuing this weekend, don't forget to light the grill a little early and make these amazing jalapeño appetizers to get the party started right!

Each halved jalapeño is stuffed with a combination of crispy bacon, whipped cream cheese, pepper jack cheese, then baked on the grill to keep the heat out of your kitchen. Even cooked, these peppers tend to pack a lot of heat, so to balance the spiciness, top it all off with a refreshing cilantro sauce. 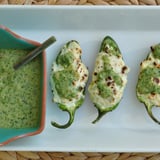