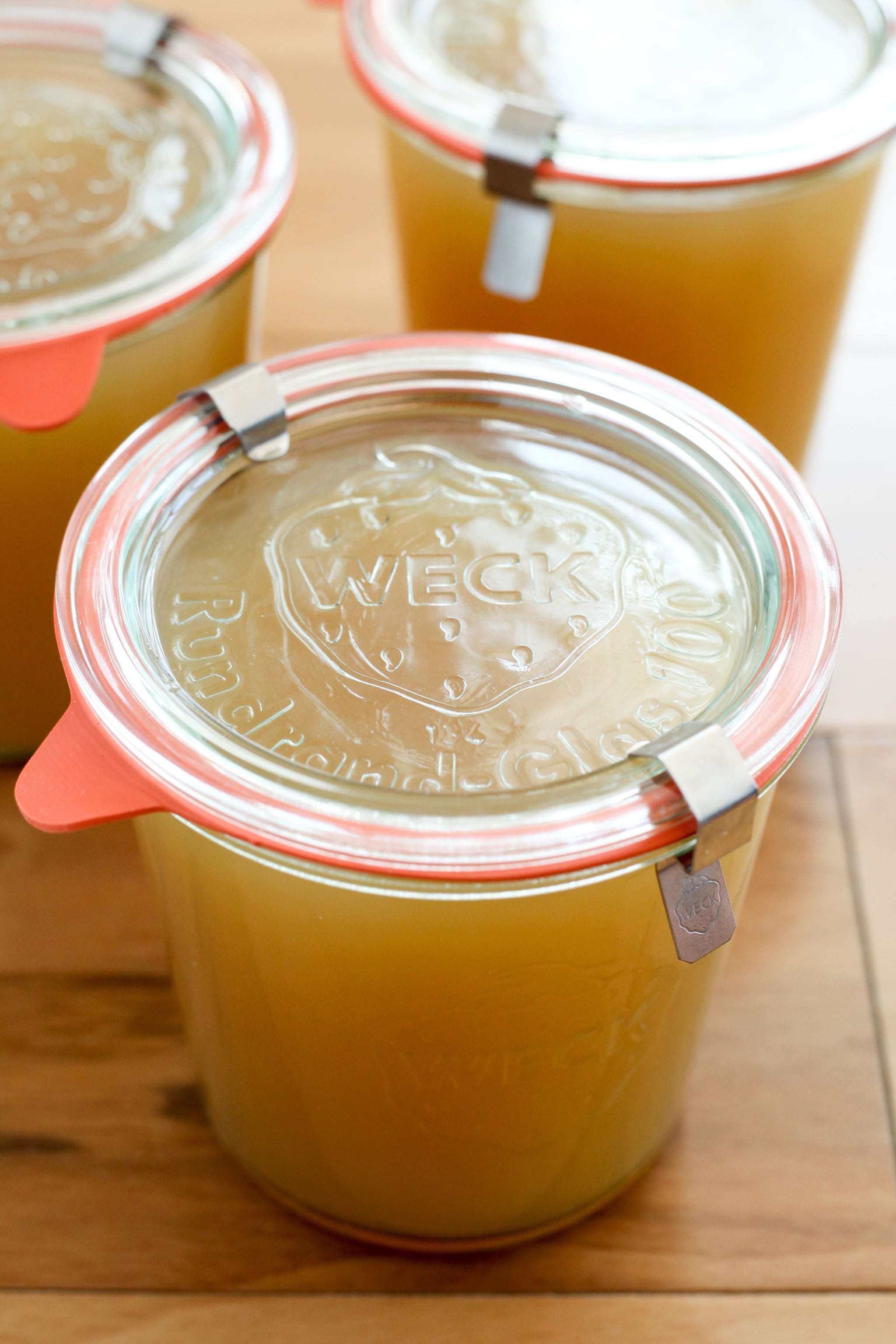 Simmering up a batch of homemade chicken stock may just be the kitchen task most closely tied to feeling like you have your sh*t together. Not only is it a great way to imbue your apartment — no matter how cramped or cluttered — with a homey, motherly vibe, but it also means that you'll soon be the proud owner of a couple quarts of the culinary equivalent to a great pair of jeans. Unassuming, yes, but a vital building block to many recipes, and, similar to how pulling on your favorite pair of skinnies makes you feel, cooking with homemade stock instantly makes everything it touches taste better. 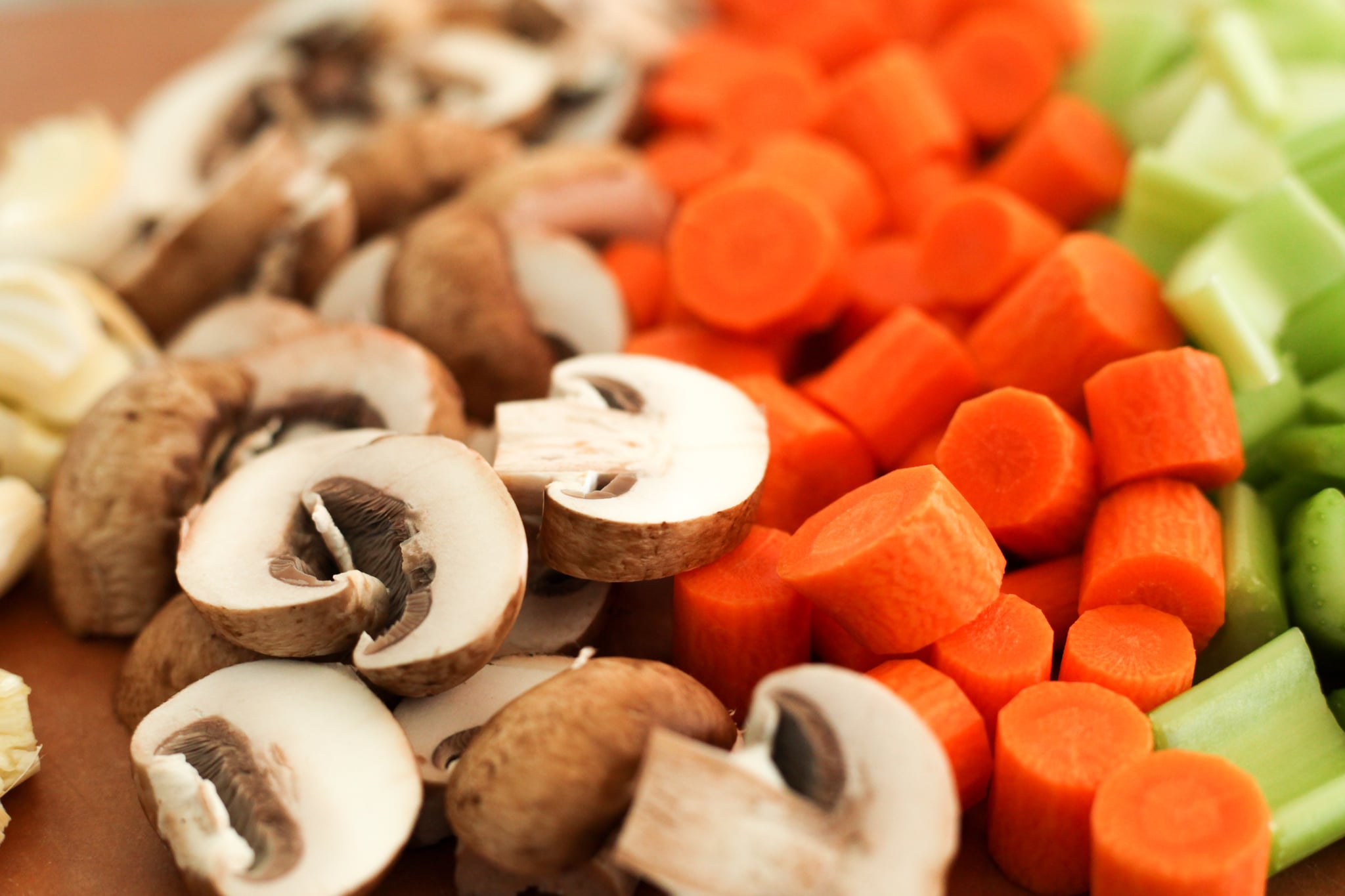 Now, I get what you're thinking. Can't I just pick up a quart of boxed chicken stock or a jar of Better Than Bouillion and call it a day? Sure, you could, and of course, sometimes I do, but when I can, and especially when I'm making a brothy soup, I strongly prefer to go the homemade route. My secret to making this all doable, rather than feeling like a chore, lies in the freezer. Whenever I have the time and inclination to simmer up a batch of stock, I cool and then freeze any extra in freezer-safe quart bags (I find one- and two-cup portions to be the most useful). These bags of frozen stock are basically liquid gold, easily thawed out whenever a recipe calls for it. 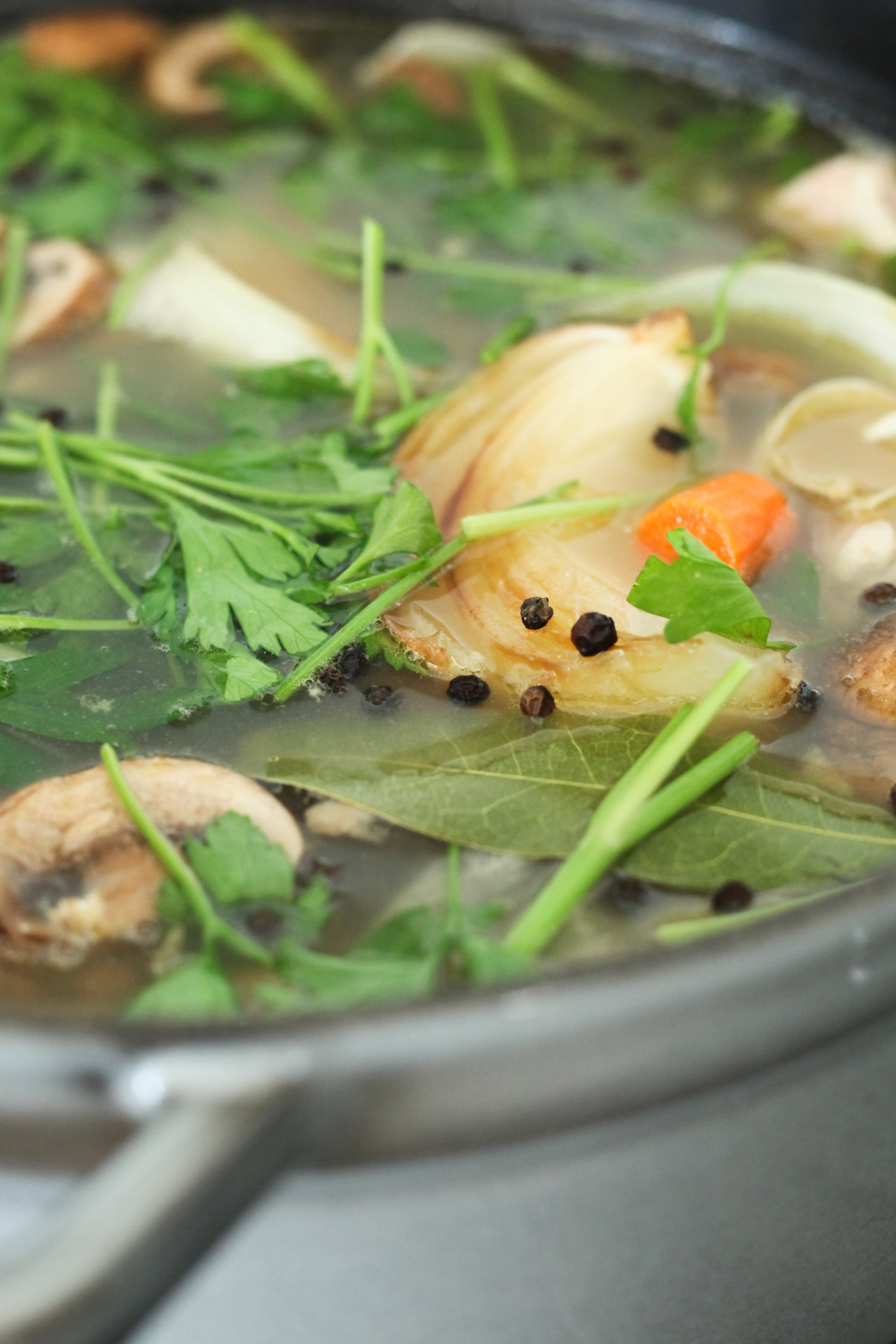 The recipe itself is adaptable to what you have on hand and how much time you have. Outlined are the absolute best practices, and if you follow the recipe to a T, it'll yield a broth that is superlative. It is at once super savory (thank you, mushrooms!), velvety, nutritious, and clear. That said, if you don't have the exact quantities on hand or have a bit less time to spare, don't stress. Simmering up a batch shouldn't feel like a burden or a chore. The recipe notes and instructions let you know where there is some wiggle room.

Related:
Are Stock and Broth the Same Thing? Your Burning Question, Answered

If, in the course of making a different recipe, you spatchcock or break down a whole chicken into parts, save the backbones in your freezer until you're ready to make stock (I also like to save the bony wing tips trimmed away when roasting or frying wings). These can be used instead of or as part of the total weight of chicken parts. Alternatively, if you ask, many butcher counters will sell you chicken backbones, which are a more economical alternative to wings. Leftover chicken carcasses from roasted whole chickens can also be used for up to half of the weight of chicken (use at least half raw chicken for the best flavor and texture).

Unless the peels are particularly gnarly, there's no need to peel the vegetables (even the onions and garlic) as all of the solids will be strained away. Instead, give them a good wipe down/rinse/scrub to remove any dirt.

The addition of mushrooms isn't traditional or absolutely crucial, but it boosts the savoriness of the stock.

If you'd like to save the parsley leaves for a different recipe, you can substitute twice the amount of parsley sprigs. If you don't have parsley on hand, a few sprigs of fresh thyme are a good alternative (and woodier thyme sprigs will last in your fridge longer than softer parsley). 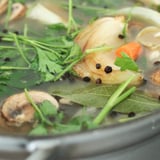