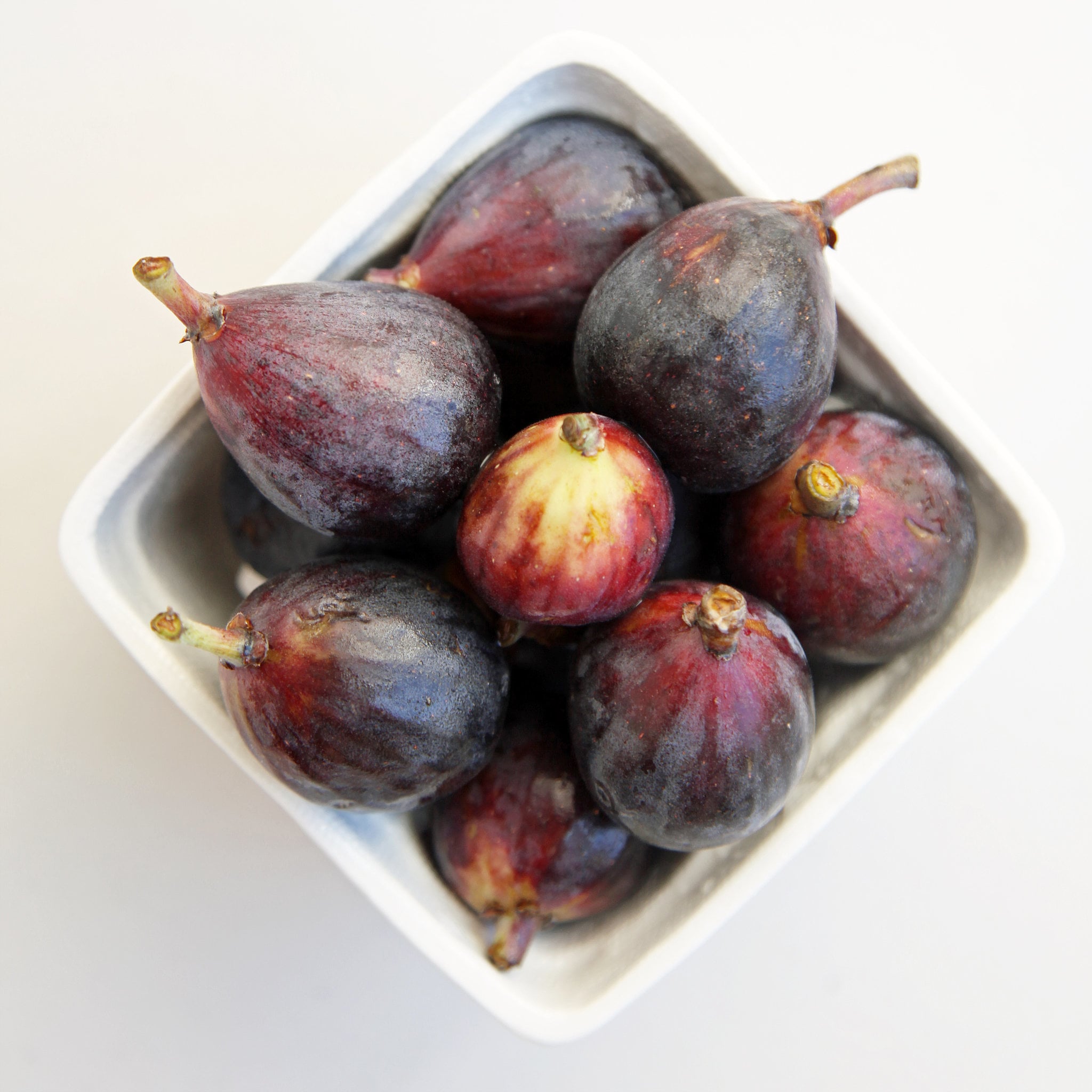 I was recently perusing a farmers market and eyeing a basket of fresh figs. My friend looked at them and said, "I used to love figs, but I can't eat them anymore after learning how they're made." I was confused. I said, "What do you mean? It's just a fruit," and she gave me a look that said "see for yourself." So I did. And now I can't unsee the process either.

Figs, which are technically inverted flowers, require a special pollination process, and fig wasps play an important role in it. Figs and wasps have a longstanding mutual relationship in nature (they depend on each other, which sounds kind of sweet — yay science!). As explained in a BBC article about fig pollination, "Figs depend on wasps to make their seeds and distribute their pollen. In turn, the fig tree acts as a womb where the fig wasps can reproduce." This is where your reaction might become less "aww" and more "eww." 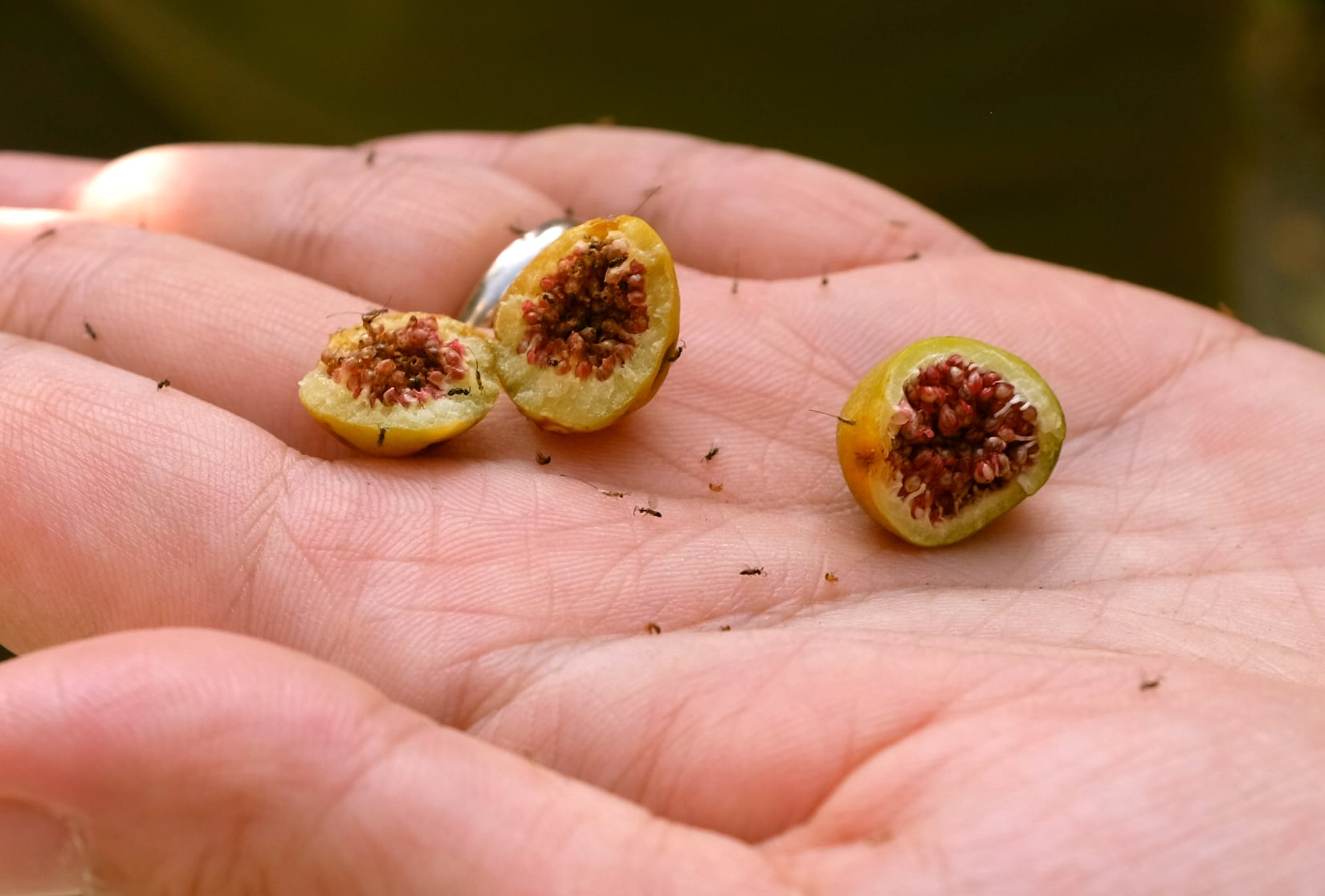 Pregnant female fig wasps carry pollen and enter male figs through a tiny opening at the bottom of the fig. The opening is so small that most wasps lose their wings and antennae as they make their way in. The fig wasp lays her fertilized eggs into flowers that are inside of the figs; she also fertilizes some of the fig flowers with her fig pollen. Once the female wasp is done with that, she usually dies inside the fig. Then, all the baby wasps start to grow. The male wasps mate with the female ones, the male wasps die inside (they're born without wings), and the female ones manage to escape, flying out to start the process all over again.

Here's the important part: humans don't eat male figs, only female ones. But this process of fig wasps entering figs occurs in female figs as well because there's no way for a female fig wasp to know if the fig she is entering is male or female. Female fig wasps are unable to lay their eggs inside female figs, so no new fig wasps are born, but they typically die inside the female figs, too. Are you lost yet? A video from PBS's Gross Science series offers a clear illustration of how this intriguing process works if you want to visualize it. Serious wasp-haters may want to avert their eyes.

The bottom line is, are we really eating dead wasps when we eat figs?! Not exactly. Luckily, a large percentage of figs sold in the US are self-pollinating. But another video about figs by HowStuffWorks claims that, "Most figs we eat contain at least one dead wasp" that has been broken down into protein inside the fruit. And to be clear, the crunchy bits inside of figs are not dead wasps — they are definitely seeds. Does this mean I'll never want to make a fig recipe again, like roasted figs with goat cheese and balsamic vinegar? Probably not. But will I possibly get a little squeamish if I bite into a particularly . . . crunchy fig? Probably.