People who are spending the holidays at Disneyland are in for a serious treat in the form of an adorable new macaron. Santa's Mittens Macarons have arrived at Schmoozie's in Disney California Adventure, and they're hands down one of the cutest seasonal desserts we've ever seen! The pair of red, mitten-shaped macarons comes with a big scoop of ice cream in your choice of vanilla or mint chocolate chip, so one of the $7 ice cream sandwiches is more than enough for two people to share. Fans of peppermint mochas might want to opt for the Santa Hat Macaron from Jolly Holiday Bakery instead, which is filled with a decadent peppermint and chocolate mixture. The photos probably don't do the flavors justice, but take a look at some of the best pictures people have been sharing of the festive macarons on Instagram.

Related:
We Guarantee Disneyland's "Yule Log" Is the Most Festive Doughnut You've Ever Seen
Previous Next Start Slideshow
Food NewsHolidayDisney FoodHoliday FoodMacaronsDisneyland
Around The Web 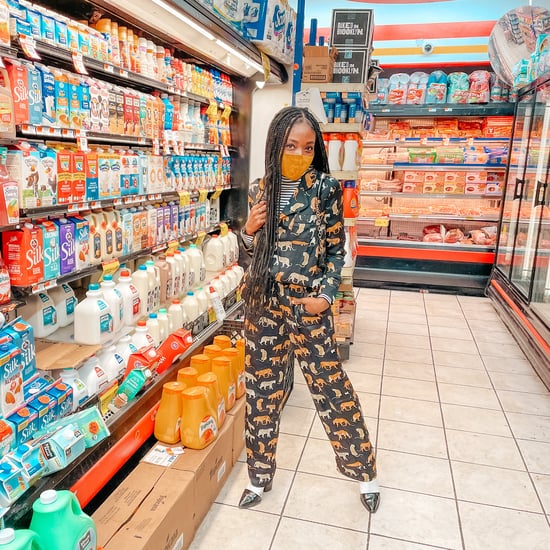 Holiday Fashion
I Wore My Pajamas Outside and Got Compliments (Plus, They're 50% Off Right Now!)
by Nneya Richards 5 hours ago