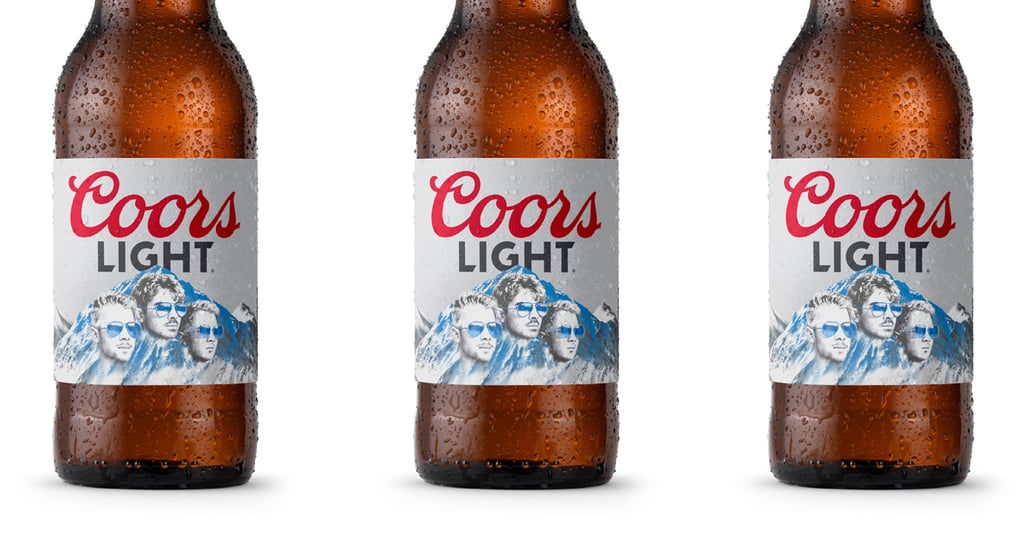 The Jonas Brothers' Faces Are on These New Coors Light Bottles, So Yeah, I'm Stocking Up

Welp, I guess I'm Coors Light's newest fan, because the beer company just dropped a collaboration with none other than the Jonas Brothers. The alcohol brand teamed up with the musically talented trio to release limited-edition bottles with Nick, Kevin, and Joe Jonas's faces plastered on the label à la Mount Rushmore, so yeah, you better believe I'm stocking up by the truckload.

To make things even more enticing, the beer inside these custom bottles was actually made by the Jo Bros themselves at Coors Light's brewery in Colorado. Sure, it'll taste like any regular ol' beer, but just knowing the "Burnin' Up" singers had a hand in the fermentation process will undoubtedly make it that much more satisfying to sip.

If you're a dedicated Jonas Brothers stan, you're likely very aware of their not-so-under-the-radar devotion to Coors Light. When Joe tied the knot with Sophie Turner in France, the reception was stocked with bottles of the beer with custom labels, and the brand was even featured in their "Only Human" music video. The Jonas Brothers' special-edition Coors Light bottles are now available in Boston, Philadelphia, Chicago, Nashville, and Tampa, FL, and you can score a six-pack on the goPuffs website or mobile app if you live in one of those cities. If these beers are anything like the Jo Bros' Happiness Begins tour, they're sure to sell out in a jiff, so best of luck snagging a pack.