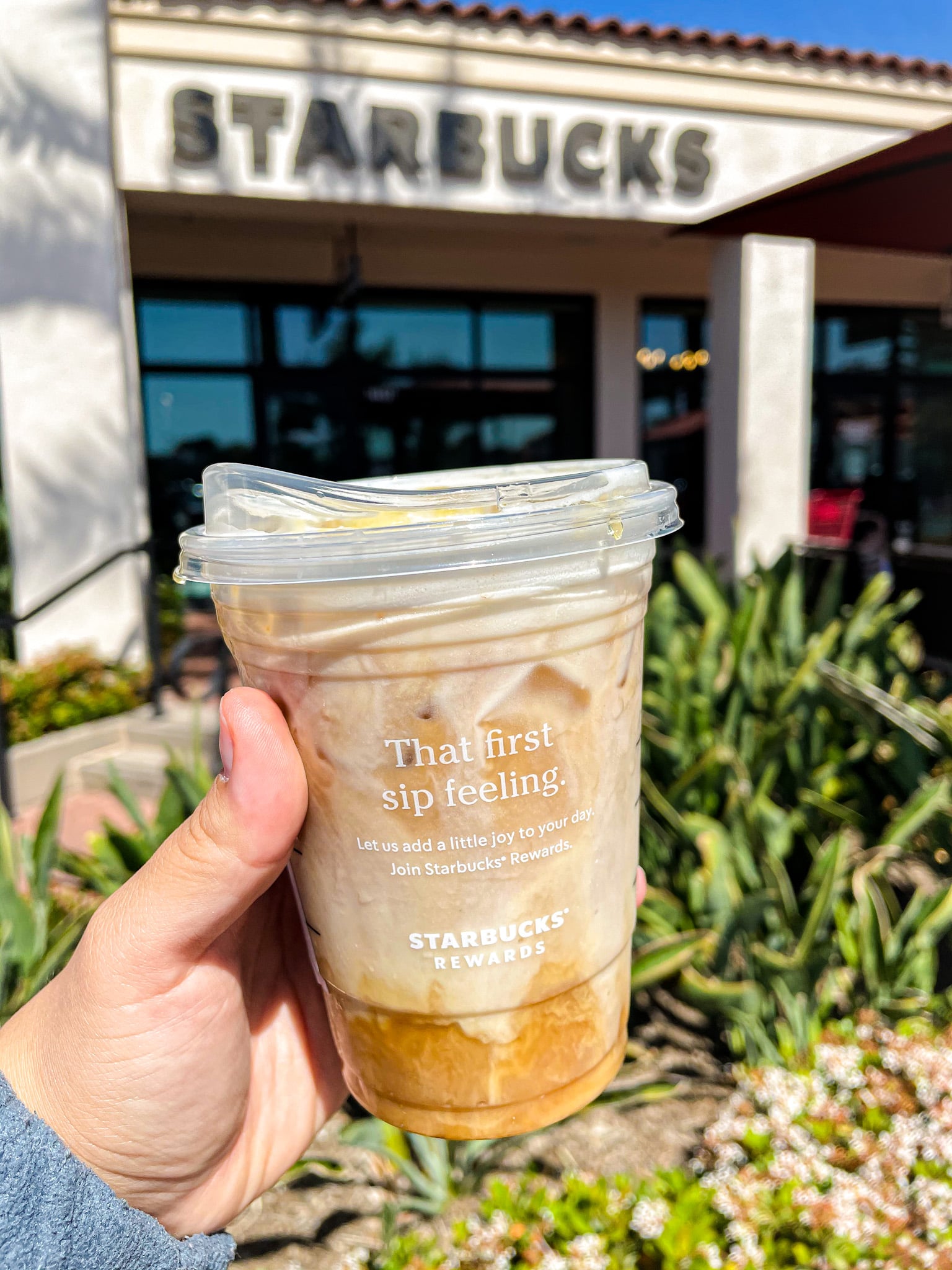 Starbucks is always announcing exciting coffee news, and this year, the craze has been all around the chain's new oat milk and honey blend beverages. Infused with honey, the new Honey Almond Milk Cold Brew reigns as one of the lowest-calorie drinks on the menu and has been receiving praise from coffee-lovers and baristas since its debut. So much so, the baristas at totallythebomb.com invented the secret Honey Bee Cold Brew, which plays on all the honey-flavored ingredients Starbucks has to offer such as drizzled honey and toasted honey shavings. Yum, right?! I don't order off the secret menu too often, but I had to see if this new cold brew was as delicious as it sounded.

An iced beverage off Starbucks's secret menu, you won't be able to find the ingredient for this summery brew on the chain's website. A grande includes Starbucks's signature cold brew lightly sweetened to perfection with two pumps of its honey blend sweetener and one pump of vanilla syrup. It's topped with a subtle splash of almond milk, vanilla sweet cream foam, drizzled honey, and, if your location has it, toasted honey. Is your mouth watering yet? Because I'm *this* close to ordering another one after reading that description!

The secret honey cold brew is the equivalent to sipping on summertime and sunshine. That's how good it is. Cold brew is known for its powerful caffeine taste, but the honey brings out a naturally sweet flavor without sending your body into a sugar comatose, or worse, the postcoffee jitters. When I saw the recipe card, I was anxious it was going to be way too sugary. I literally read: sugar rush. Black iced coffee isn't for me, but I also don't like overly sweet drinks. I stuck with the instructions (they are the professionals, after all) and am so happy I did.

Is It Worth Ordering?

A thousand times yes! This warm-weather treat only cost me $5 plus a quarter, which isn't any more expensive than what I typically order at Starbucks. (Cold foam is an extra dollar, so originally, the drink is around $4, but I am a cold-foam addict and was OK with the upcharge.) Before the add-ons, a grande Honey Almondmilk Cold Brew from Starbuck's official menu has only 50 calories and 10 grams of sugar. With the extra honey and single pump of vanilla, we're probably looking at closer to 100 to 120 calories and 20 to 25 grams of sugar, which is kind of high in sugars. However, it's still lower than a vanilla latte (35 grams), Java Chip Frappuccino (60 grams), or Iced Pineapple Matcha (27 grams).

Dare I say it, but I loved the Honey Bee Cold Brew way more than the sought-after Iced Brown Sugar Oatmilk Shaken Espresso! Would I go out of my way to order this drink? Yes, probably, because I loved how refreshingly simple it was. Fair warning: not all locations have toasted honey on site. The first time I ordered it, mine did; however, the second time around, they were out. Either way, it still tastes delicious! If you find yourself in need of an iced coffee, I highly suggest making a Starbucks run and trying this secret brew. 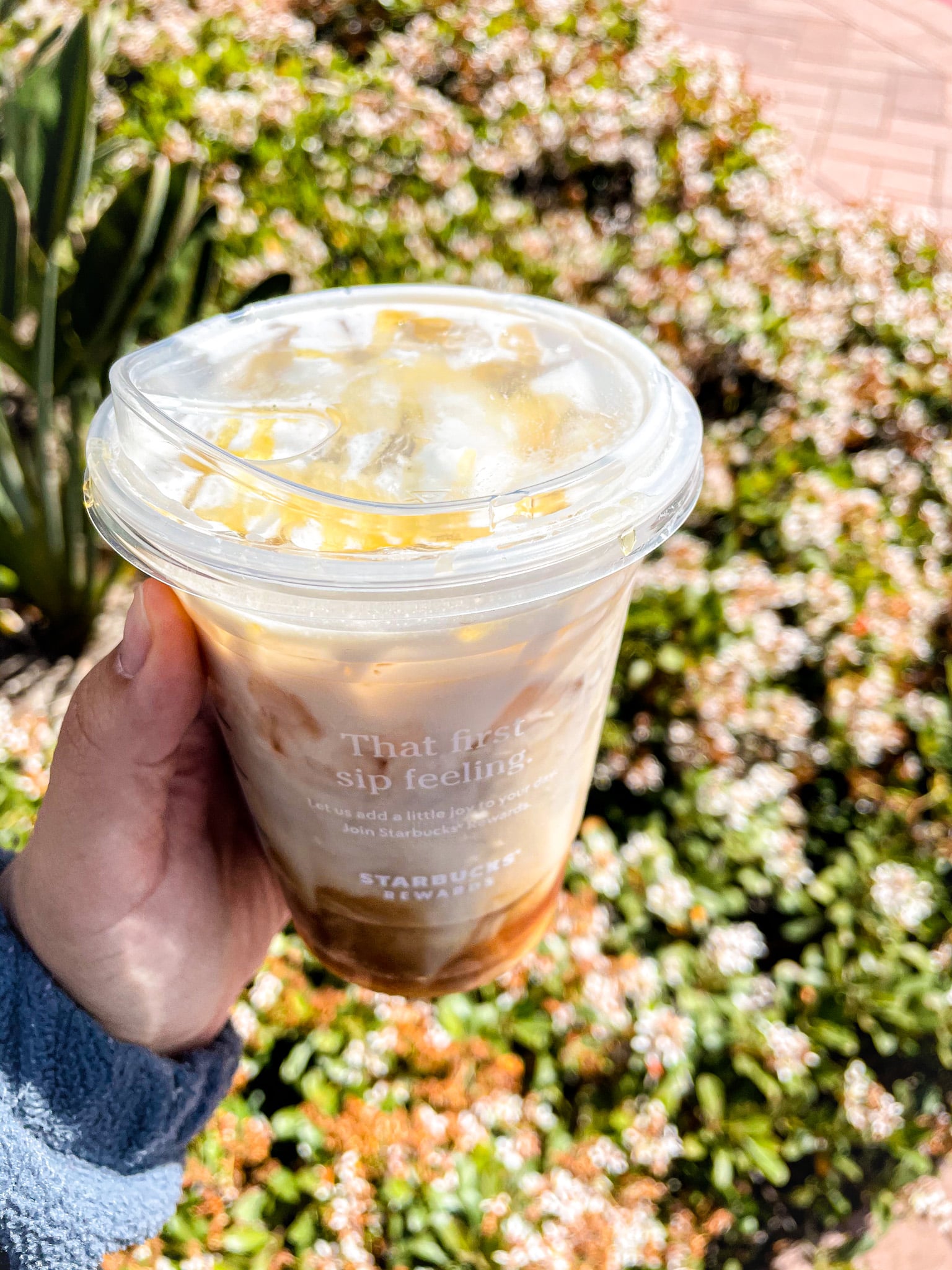