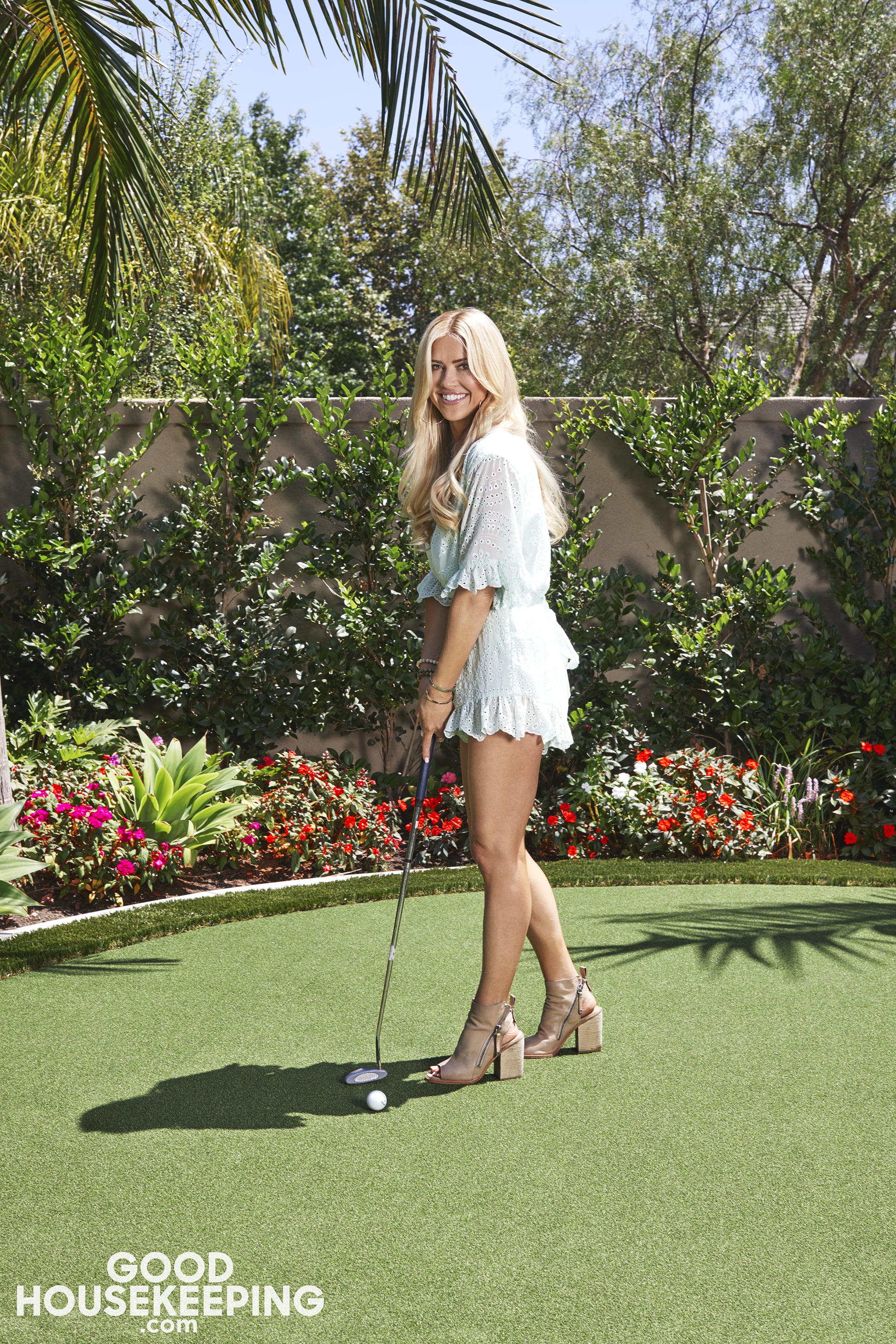 Christina El Moussa might be one of HGTV's biggest stars, but that doesn't mean she's immune to media scrutiny. If anything, her split from husband and Flip or Flop costar Tarek El Moussa has only heightened her celebrity and intensified the microscope she lives under — remember the bikini controversy? But this real-estate pro isn't backing down. Christina just got shockingly real in an interview for Good Housekeeping, revealing everything from why she and Tarek split to what it was like the first time she was followed by paparazzi. Check out some highlights from the article below, then head to Good Houskeeping for the complete feature.

"I think most people see me as a glamorous type of person, and at the end of the day I'm more just a low-key mom."

Christina confirms she has a new beau – well, kind of new. The two dated briefly a decade ago before she met Tarek. "I'm very spiritual, and I believe in things happening for a reason," she told Good Housekeeping of the random runin that led to their reunion. She went onto explain that their first date, "just felt right."

"I'm just going to say it….Doug was very successful, and Tarek had some jealously toward Doug. And I don't care if it's out there. It's true."

Her portrayal as the materialistic one in the media

"We definitely have the same taste as far as wanting nice things because we work hard, so if you're going to say it, at least say 'both of them.' Don't just label me."

"In the end, it's mine and Tarek's decision, and only ours."

How the split has changed her

"If something is on my mind, you're gonna know. Because me and Tarek lost that communication, completely, and it's so hard to get it back once it's gone," Christina said. Her sentiment echoes Tarek's statement earlier in the year that the two had busy lives that gradually pulled them apart.