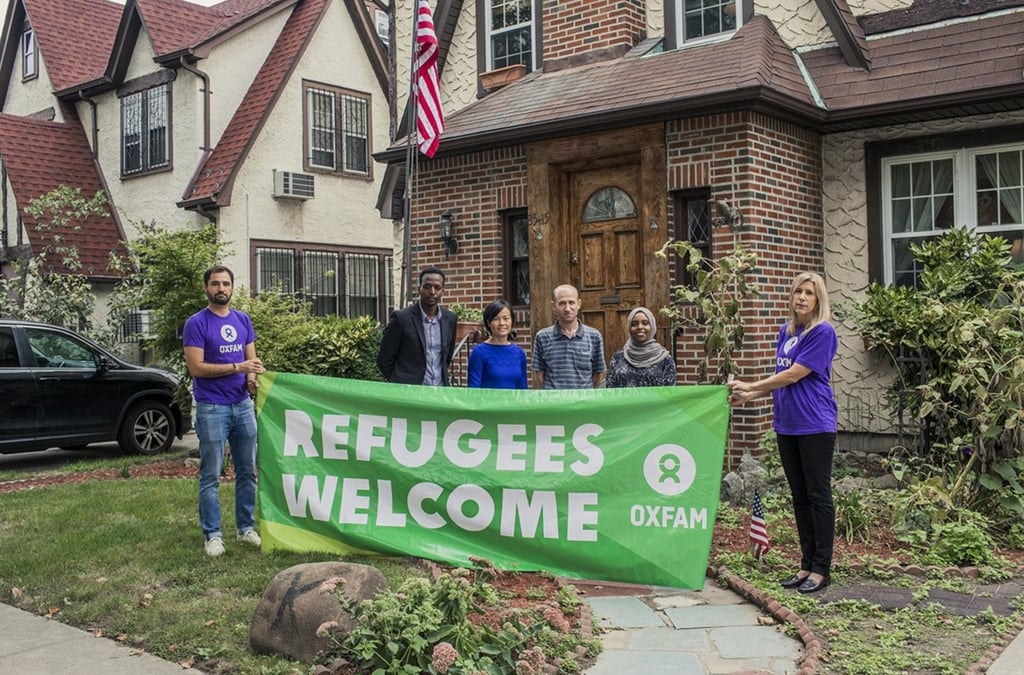 Donald Trump's childhood home in Queens, NY, is now listed on Airbnb. Yes, you can actually sleep overnight in the very place where our president first laid his head after coming home from the hospital back in 1946 — if you're OK with being surrounded by Trump paraphernalia for the duration of your stay, that is.

Located in the Jamaica Estates neighborhood, the Tudor-style house was built by Fred Trump and features five bedrooms and three and a half bathrooms. According to the official Airbnb listing, "Not much has been changed since the Trumps lived here. The kitchen is original and the opulent furnishings represent the style and affluence in which the Trumps would have lived."

OxFam, an organization that combats poverty across the world, just took up occupancy in the property for a very moving reason. Ahead of Trump's recent speech to the UN, it rented the home and filled it with refugees who escaped conflict and persecution from Syria, Somalia, and Vietnam. The refugees were invited to not only stay, but also to share their stories and, as OxFam explains, "be heard" there.

Although the home's listing currently "has no relationship with the White House, the President, Donald Trump, or the Trump organization in any way," it is, in fact, officially verified as truly being his former place of residence. Once OxFam's stay is over, any guests who are willing to fork over $725 per night can sleep on one of 17 beds that are available for short-term renters to snooze on. Catch a glimpse inside his childhood digs in the pictures ahead.

Related:
It Looks Like President Trump Is Selling His Aggressively Gold Caribbean Home

Ahead of President Trump's speech to the UN, we welcomed #refugees to his childhood home to tell their stories: https://t.co/6CNYi4SWE7 pic.twitter.com/qrVTE4SATY

Previous Next Start Slideshow
Donald TrumpCelebrity HomesAirbnb
Around The Web