I have to be honest with you. When Bad Bunny broke into the music scene, my first thoughts were, "Great, another misogynistic pig rapping about doing whatever they want with women." But wow, how my perception has changed. While I don't consider myself Bad Bunny's biggest fan (although I enjoy some of his songs), I do admire him. I admire how he's taken his platform and shifted the narrative. I admire how he is opening the floor to talk about what being a man really is. I admire how he has adapted his style to include little things that might be considered "too feminine" for a man to wear and he's made it OK.

For decades, Latino men have mostly been seen as "macho." In fact, they have been romanticized in movies, TV, and media overall as the perfectly flawed, passionate lover who will do anything to get the woman he wants and keep her. This is no different from the way most Latinx families raise their boys. Having a brother myself, I saw how things were different for me and for him, and it was something that my parents couldn't completely control — they were just wired to raise girls and boys differently.

Boys in Latinx culture are raised to be the breadwinner, the head of the house, to provide and take care of their families. And most of the time, because they're doing all of this, they feel like they can get away with other "side" activities to "get their minds off their daily routine." Men are taught that they are the ones that have to fix things, that they need to put their emotions aside in order to "think clearer." They're supposed to be the "rational ones."

By doing this, as a society we're pushing our boys to ignore their feelings, we punish them for being sensitive, and we harshly divide what's "manly" and what's "girly," while highlighting that someone who identifies as one gender can't do things inherently assigned to the other gender without being mocked or ridiculed.

Last night, Bad Bunny showed up at the Latin Billboards wearing a lavender suit, with green neon hair and yellow neon stiletto nails. I thought he looked awesome. I saw him and screamed, "Hell yes!" Everyone has a feminine and a masculine side, and it's OK to embrace either, or both, whenever you feel like it.

Bad Bunny said he had his nails done because the Latin Billboards were a special occasion and he likes to look nice. He also joked that he's comfortable doing everything with his long nails, and that "no one has complained yet." He also wasn't shy to end his interview with kisses on the cheek for both Rashel Díaz and Rodner Figueroa, the red carpet hosts who were interviewing him.

While this might have been a small gesture, in most Latin American countries (with some exceptions), men usually don't kiss each other. Men will kiss another woman on the cheek, but usually not another man. Seeing this international artist being so affectionate toward everyone equally was a breath of fresh air, and I hope we get to see more than that — as long as it's with consent.

Toys
Ida B. Wells Is the Latest Black Historical Icon to Be Turned Into a Barbie Doll
by Kate Schweitzer 2 weeks ago 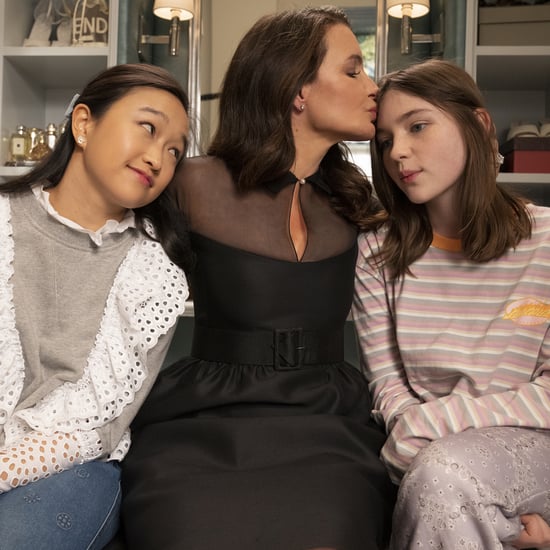