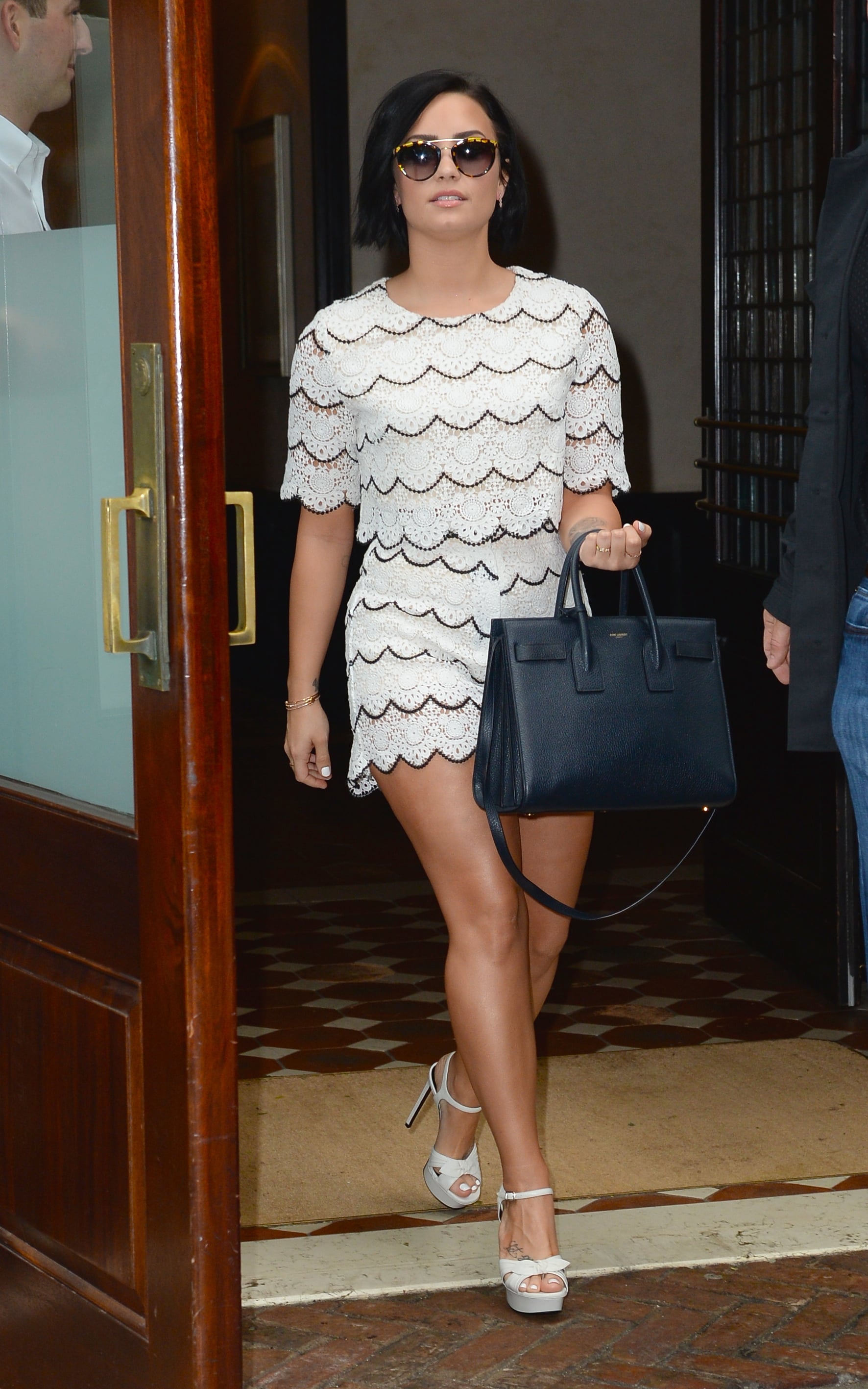 It's been five years since Demi Lovato checked into rehab and was diagnosed with bipolar disorder, and to celebrate the landmark anniversary of her sobriety, the singer is launching a mental health awareness campaign in partnership with five organizations (including the National Alliance on Mental Illness and the Depression and Bipolar Support Alliance) called Be Vocal: Speak Up for Mental Health.

In an interview with People to announce the program, Demi said: "I'm living well with my mental illness — I am actually functioning like a very happy person would. I couldn't be happier today. Life is really, really great." From the moment she was diagnosed, Demi has made it her goal to spread awareness on mental illnesses. "My father had schizophrenia and bipolar disorder as well, and I watched him live a very unfortunate life because of the lack of access to treatment. So it's very personal to me. I just think mental illness is something people need to learn more about and the stigma needs to be taken away from." The singer has credited support from friends, family, and boyfriend Wilmer Valderrama for her continued recovery and hopes this campaign leads to more conversation on mental health accessibility.