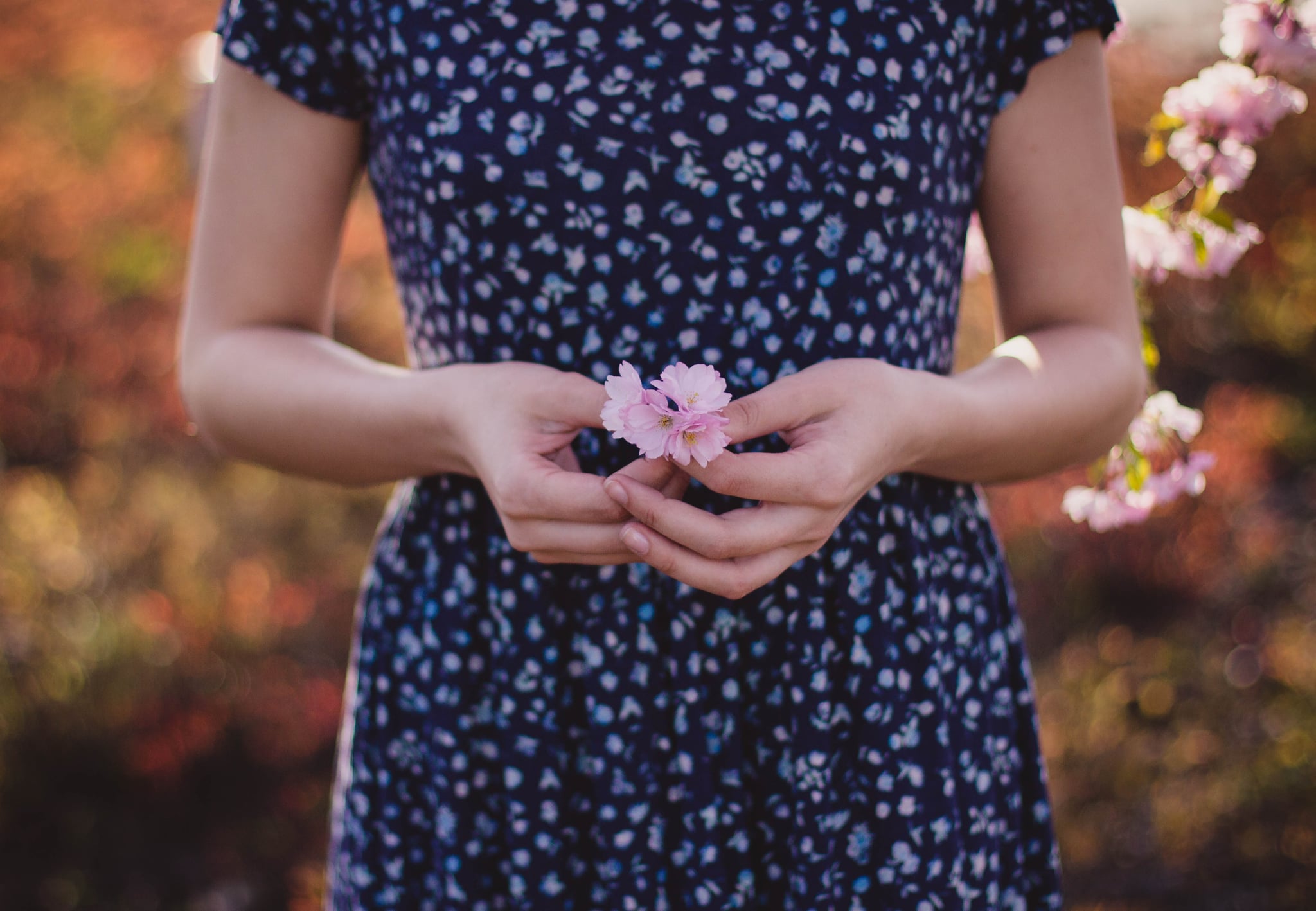 My mama sent me this heavy, black-and-beige Mexican serape poncho with a big Aztec calendar emblazoned on the front. "I figured you could make some pillows out of it," she said, remembering the DIY serape pillows I made a while back. I mean, the poncho screams: "I am Mexican. I bump Kid Frost's 'La Raza.' I'm brown and proud." It's so extra, and I love it so much.

I realized I couldn't cut it up and make it into pillows. This had to be worn. I showed it to my husband, and his eyes lit up. His half-Mexican, half-Creole blood was pumping strong. We talked about an upcoming event he could wear it to. It was all love.

It wasn't always like this. I haven't always been comfortable in my brown-ness, my Mexican-American-ness, my Chicana-ness, my other-ness, my melanin. I was living life "con el nopal en la frente," like my nana explained to me when I was a kid. She would know — she was first-generation Mexican-American. She spoke to us in English, but to my mother in Spanish. It was like their own personal language — how they communicated the chisme they didn't want us to know.

Not speaking the language further separated me from the other Mexicans in our small, predominantly white community. There seemed to be a strict line: you were either white or you were Mexican and worked on the many farms that dotted the landscape. It was obvious to me that second group and I were similar in many ways (our strong family ties, the food, our religious traditions, the language), but we were also very different. I realized I had each foot firmly planted in two different cultures. I was neither here nor there; I was a unique hybrid.

Related:
I'm a Light-Skinned Latina, and Yes, Colorism Does Exist

This was a challenge to process in my young mind. When you're a kid, the last thing you want to do is stand out for being different. Flying under the radar is safe. I wanted to seamlessly blend in with the scenery and the white kids and their Iron Maiden shirts, their non-Spanish-speaking tongue, their lunch of ham sandwiches and Twinkies, and their long, straight blonde hair that never frizzed when humidity went up a percentage. Anything that alluded to our differences made me so nervous, my stomach went on strike.

"Hey, guys. I'm just like you." And in many ways I was, but in so many other ways I wasn't. I was a brown girl. I lived with my mother, my siblings, my uncle, and my nana (they're calling it "multigenerational living" these days). Even though my family was from East Los Angeles and didn't have relatives in Mexico, we vacationed in Baja California every Summer. I called my grandfather "Tata" (but "Grandpa" in front of friends) and had cousins named China, Chon, and Chudy. I had a mother who smuggled homemade burritos into Disneyland and Dodger Stadium. We fed our dogs leftover beans. I had brown skin that got even browner when the sun was high and hot. "Mijita, how could you ever expect to blend in?" my nana would ask.

Related:
I Had to Work at Being Proud of My Mexican Heritage, Because the World Told Me Not to Be

Shame in my culture was passed down to my parents by their parents, who fought long and hard to assimilate. My grandfather wanted his children to live successful American lives, and, sadly, erasing their culture was the only way they knew how to blend in and get ahead. My parents lived through the Chicano revolution of the '70s and learned to embrace their culture on their own, even if their Spanish wasn't fluent.

Now, I feel heart pains to think that I was once ashamed of being Mexican-American. It took me some time to get my bearings. I had to grow up a little. I had to move away. I had to educate myself on my people, my culture, my family. I read books and learned about the civil rights movement and the work of Cesar Chavez and Dolores Huerta. I studied Chicano art, the pachucos, gang culture, the Brown Berets, and the indigenous people of Mexico, and I embraced the ways of my family. I learned to understand their struggle, and it opened my eyes. I learned to stand tall. I learned to be proud of my brown skin. I learned to floss the "nopal en la frente."

Identity
¿Y Ahora? Where Is the Cast of "One Day at a Time" Today?
by Melissa Santoyo 2 hours ago