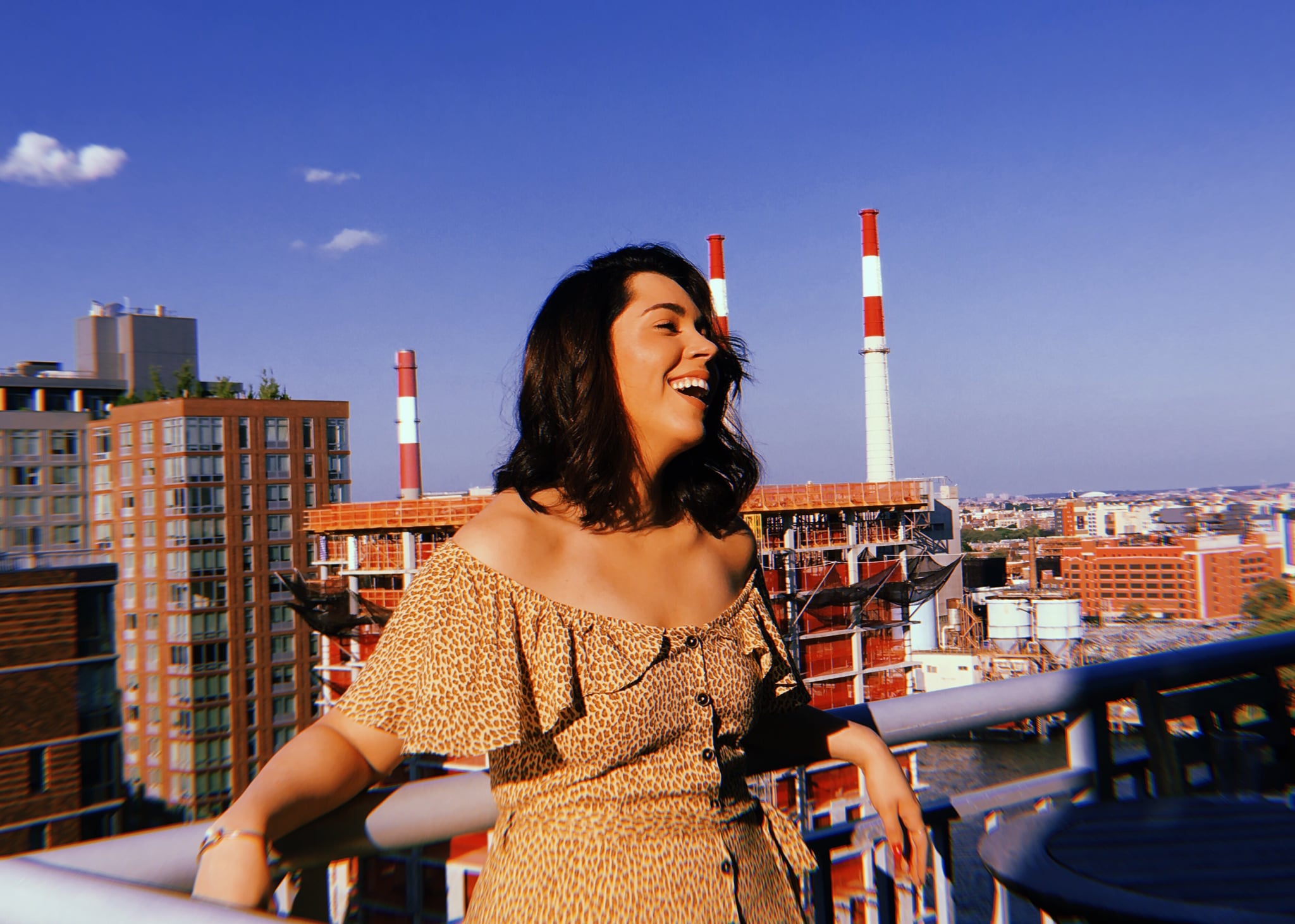 My name is María Gracia Valdez Herrera. It's a name that comes with a lot of history. For starters, it represents Hispanic naming customs of giving a child a first name, middle name, father's last name, and mother's last name. Besides having a piece of my parents not only in my DNA but also legally on a piece of paper, my first and middle names are a product of the country where I was born and the day I was born.

I was born in the Dominican Republic on Jan. 21. That might mean nothing to you, but in the DR, a predominantly Catholic country, this day happens to be the day of Nuestra Señora de la Altagracia (Our Lady of High Grace). She's considered the patron saint and protector of the country, and you'll most likely find her picture in any Dominican household you visit anywhere in the world.

So yes, María for la Virgen María (Virgin Mary) and Gracia — do not confuse with "gracias," which means "thank you" — for Altagracia.

Related:
How Celebrating Passover Brought Me Closer to My Catholic Upbringing

While my name couldn't be more Dominican, I really grew up in a very Americanized society. My mom sang The Sound of Music's soundtrack over and over to me when I was a baby; I loved — and still love — Disney movies; I grew up with all the '90s cartoons any American child remembers; I watched Fresh Prince of Bel-Air, Full House, Boy Meets World, and The Nanny . . . and eventually Friends and Gilmore Girls became my favorite TV shows. I listened to Britney Spears, Christina Aguilera, NSYNC, Backstreet Boys, Blink-182, Whitney Houston, Michael Jackson, Mariah Carey, Sisqó, and the list goes on.

My high school friends all called me Gracie, and I figured it would be so easy to just say that was my name, instead of María Gracia, what everyone else called me back home.

So when I moved to NYC at 21, I fit right in. I had no problem assimilating, as I understood the basics of American culture, I already spoke the language because I learned it in school and I practiced it every day as I sang along to my favorite songs or watched the shows I liked, and my only concern was really how I should introduce myself. My high school friends all called me Gracie, and I figured it would be so easy to just say that was my name, instead of María Gracia, what everyone else called me back home.

I settled for María, although that felt weird at the beginning as María is often accompanied by another name either before or after in Hispanic cultures. That's why I make it a point to add my middle initial anywhere I sign. I feel it gives it a bit more attitude and is a reminder of where I came from.

This was just the beginning of a transformative process that eventually helped me start defining who I am as a person and my purpose in life. While I was enjoying life in New York City, I started doing unconscious things that would bring me closer to my Latinidad. I noticed a shift in my music taste; I wore big earrings and colorful lipsticks and embraced the leopard print — and while those are stereotypes, I don't care to say that I fueled them because it was the catapult to finding myself.

Related:
After Months of My Parents Bargaining, This Is Why I Agreed to My Unconventional Quinceañera

I also realized how most of my conversations started with "Back in the DR . . . " and would become a teachable moment — whether the other person asked for it or not — about my country, my culture, and my customs. I learned to pelar plátanos to make mangú, to fry cheese, and even caramelize onions because there's no mangú without cebollitas.

It wasn't casualidad that I ended up working for publications for Latinx, which not only anchored how I felt about my own heritage but also opened a whole world of knowledge about other Hispanic and Latinx cultures.

All of a sudden, I was the first in line in Washington Heights for doña Nidia's Habichuelas con Dulce every Cuaresma, and my heart jumped with joy when I also "discovered" she sold chacá, which is sweet creamed corn, a very traditional dessert in the South of DR. I started going to St. Patrick's Cathedral for Our Lady of Altagracia Celebrations and even met the DR's first lady, who usually travels to attend this special occasion — I told you this was big!

It wasn't casualidad that I ended up working for publications for Latinx, which not only anchored how I felt about my own heritage but also opened a whole world of knowledge about other Hispanic and Latinx cultures. It brought me closer to their art, food, folklore, and people and showed me how we're really similar, but at the same time so unique in our approach. It made me more sensitive to the issues that affect other Hispanic and Latin American communities, as they felt like my brothers and sisters, and I could see their suffering reflected through the issues that affect my own country and community.

I made it a point to support other Hispanic and Latinx in different industries and use my voice and platform at work to highlight the movers and shakers committed to elevating our name and heritage in a country where recently, we don't feel as welcome. It took me moving 1,553 miles away from home to solidify my identity as a Dominican, to really take pride in saying I come from Quisqueya la bella, to be my most Latina self, and to not only embrace my Hispanic heritage but also make a point to show it to the world, whether it's through my clothes, my makeup, my music choices, my dancing, or my overall being.