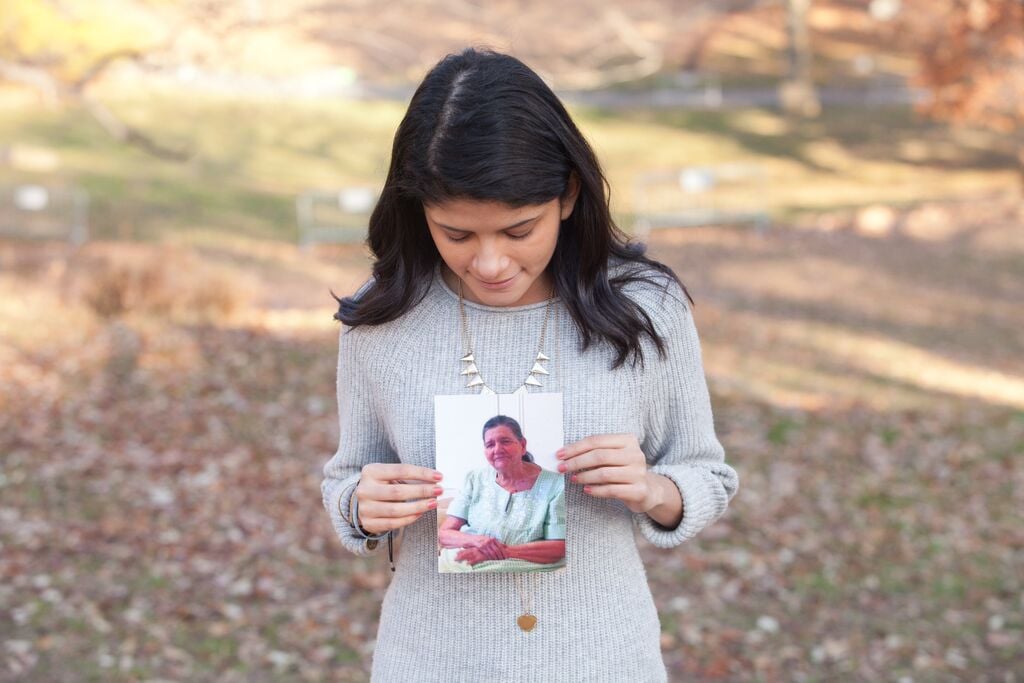 At 22, one of my major identifiers is the fact that I was my grandma's primary caretaker during the last few months of her life. I didn't think this would ever be something I could relate to, and yet I'm grateful for the experience and able to acknowledge that I was anything but unprepared for the role.

I was raised in Washington Heights, NY, with a grandma who only spoke Spanish and who I never actually called grandma. She was Mami Blanca to everyone who knew her well enough to know her sayings. My relationship with her is my best example of how family and relationships are defined differently, because I'm Ecuadorean and Latina.

Growing up Latina meant that I didn't just put family first on big dates, like weddings or quinceañeras, I was also front and center when Mami cut that cake on her Saint's Day.

The prized cargo that are family relationships in Latin families was also drilled into me through the less glamorous events. I grew up in a family where going with grandma or an uncle to a doctor's appointment was not a favor, but an expectation. You served as a translator between your family and the rest of the world, not because it was nice but because it felt right.

The best part is that growing up Latina made it easier for me to not feel resentful towards how those last few months with Mami, that simultaneously were my last few months of college, played out.

Even on the hard days when I was juggling homework and keeping lists of medications in order, I knew I had been raised capable of taking this on. I had a strong heart that could withstand seeing my Mami so dependent on me, because she had raised me to be this way.

None of the things I did for my grandma, or have done for my family, are things that I do angrily or resentfully. If can hear her in my head saying, "si lo vas a ser con mala cara mejor no lo hagas."

My life changed as a result of this life event and I surprisingly thrived. I took so much pride the first time I was able to tell my grandmother's ICU doctor that I was her caretaker and that he could talk to me about anything. I felt the slight shift in how I stood and saw my confidence grow when throwing around phrases like I was a premed student, because I understood that Mami Blanca was on the line.

This was hard for others around me to understand, because I looked tired even when I felt energized. My body and mind took a toll during those last few months, but my faith and soul matured. I had been raised to pick up that mantle whenever need be, and I could not have been prouder to do my Mami's teachings justice.

Healthy Living
I'm a Black Woman, and I'm Not Ashamed to Say I Go to Therapy
by Elizabeth Ayoola 14 hours ago

Personal Essay
I Am Dominican, and I Don't Need a Birth Certificate to Prove It
by Li Misol 21 hours ago