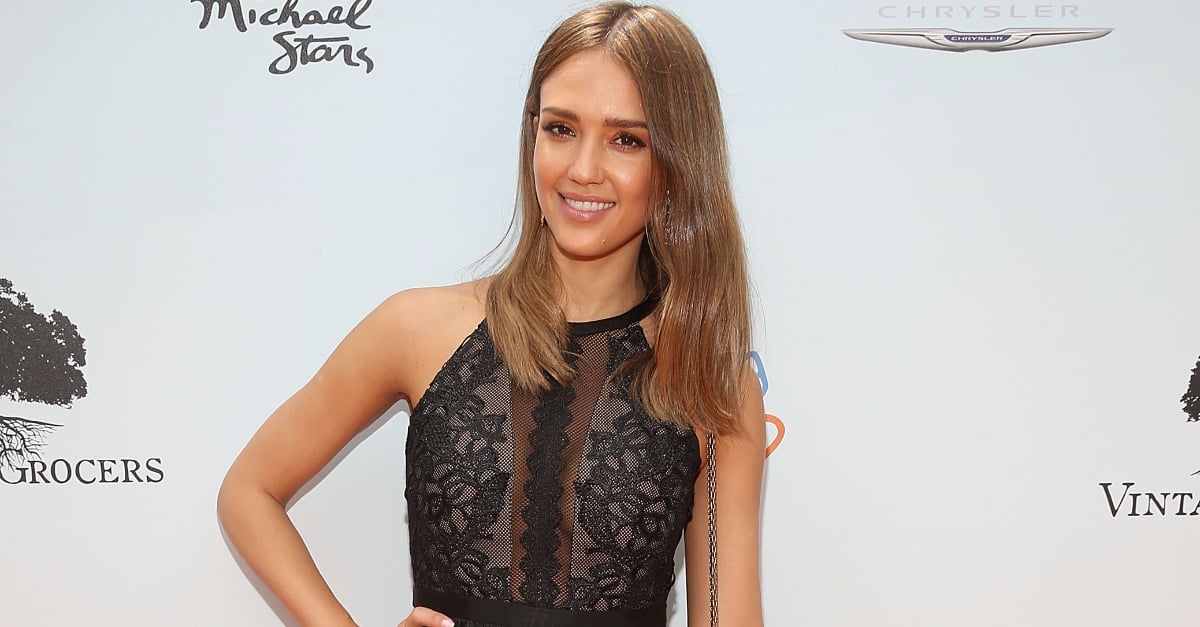 Jessica Alba is an actress and entrepreneur, founder of The Honest Company and Honest Beauty, and a New York Times bestselling author.

Growing up in California in my grandmother's house, surrounded by tías, tíos, and all my cousins, I always felt a deep connection to my Mexican-American roots. Every generation of my father's family has had incredibly different experiences that reflect much about American history. It humbles me to think of how much change we have seen in such a short time.

Pictured: My great-grandmother Guadalupe Miranda Martinez with her 10 children. Her husband, my great-grandfather, had recently died and she was left to raise the family on her own with the help of the older children.

My great-grandfather on my abuela's side, Daniel Martinez, grew up in Mexico and immigrated to Los Angeles. Eventually, he saved enough money to open a neighborhood market, which is where he met my great-grandmother, Guadalupe Miranda Martinez. She had come from Mexico to Los Angeles with her mother and brother as a young teenager. They soon married and began having children. When he lost his business in the 1920s, the family turned to migrant farm work. They were forced to use segregated water fountains and bathrooms and my darker-skinned tíos and tías were sent to Mexican schools, while those with light skin and blonde or red hair were allowed to attend schools with white students.

Unhappy with the segregated schools, my great-grandfather joined up with other families to open the East Barrio School for Latinos in Claremont, CA — fighting the status quo is part of my heritage! They taught reading and writing in Spanish and learned Mexican history at a time when it was hard to show pride about being Mexican.

Pictured: My great-grandfather Catalino Alba on the far left

My great-grandfather on my abuelo's side, Catalino Alba, came from Mexico during the Revolution. He met my great-grandmother when he immigrated to Gallup, NM, where he helped build the Santa Fe Railroad. He was a musician and inspired my abuelo José Alba to sing, practice traditional Mexican dance, and become an accomplished classical guitarist. As a child, there was never a family party where my abuelo didn't play guitar while my abuela, tíos and tías, and cousins sang along. Perhaps this is where I got my love for the performing arts!

My great-grandfather moved to San Bernardino, CA, to work on the railroad and my abuelo José Alba grew up in the barrio where he and his siblings slept head to foot. With little food at home, he often asked the neighbors for fruit from their fruit trees. He was compelled to eat dirt, which he later learned was a natural response to the lack of iron that he needed in his diet. As a kid, he wasn't allowed to swim in a public pool without a certification of vaccination. He would often get glass stuck in his shoes because the soles were so thin and worn out — he couldn't afford anything else. At one point, glass punctured his foot, and as a result he developed lockjaw, which was nearly fatal.

When he could work, he made money selling oranges and picking potatoes. He says the first thing he did when he had money was to go down to Main Street to have his shoes shined by a young boy. He told that boy that he would come every week because he knew he was trying to make his own way too.

There were 12 kids in the family and my abuelo is proud that his mom figured out a way to send them to school as soon as it was possible. She understood the value of education and how it led to opportunity in this country. Even though it was hard for them, she made it a priority.

Most people say I look like my abuela Isabel Martinez, but the truth is that I inherited a lot from her. She did more than what was expected of women of her generation; she got her GED, ran a business, helped support the family while her husband went to school, and raised generations of family in their home. She's my icon of resourcefulness, determination, and drive. Basically, she's the ultimate boss.

This is my abuelo and abuela's wedding above — so classic. I always thought our ancestors were Spanish, but I learned through genetic testing that they were Native American, with roots that may go back as far as the Mayan civilization. We've been here from the beginning!

My parents, Mark and Catherine Louisa Alba, were so different . . . but they had the same hairstyle! I know that when my dad was growing up it was difficult for him and his parents to be Mexican-American. The hyphen wasn't an option back then.

My abuelo had only learned English when he transferred to grammar school at around 6 years old, and he was way behind as a result. Like many others of their generation, my grandparents didn't teach their children, including my dad, to speak Spanish. My abuelo says that he didn't even think about it, but I wonder if he associated it with a difficult transition in his life. Now, just a few decades later, being bilingual is considered an advantage (in the workplace, at school, in public office), which shows you how much has changed in such a short period of time.

I want my girls to embrace their Latino roots, know how much we have contributed to this country, and understand that the road ahead is richer when we acknowledge and embrace our heritage. They are also learning about my mother's background and celebrate my husband's family cultures. I want them to learn French like their father and Spanish like their great-grandparents. It's not just about being an American; I think it's important to be a global citizen. I'm incredibly proud of my diverse heritage and I want my daughters to feel the same way.