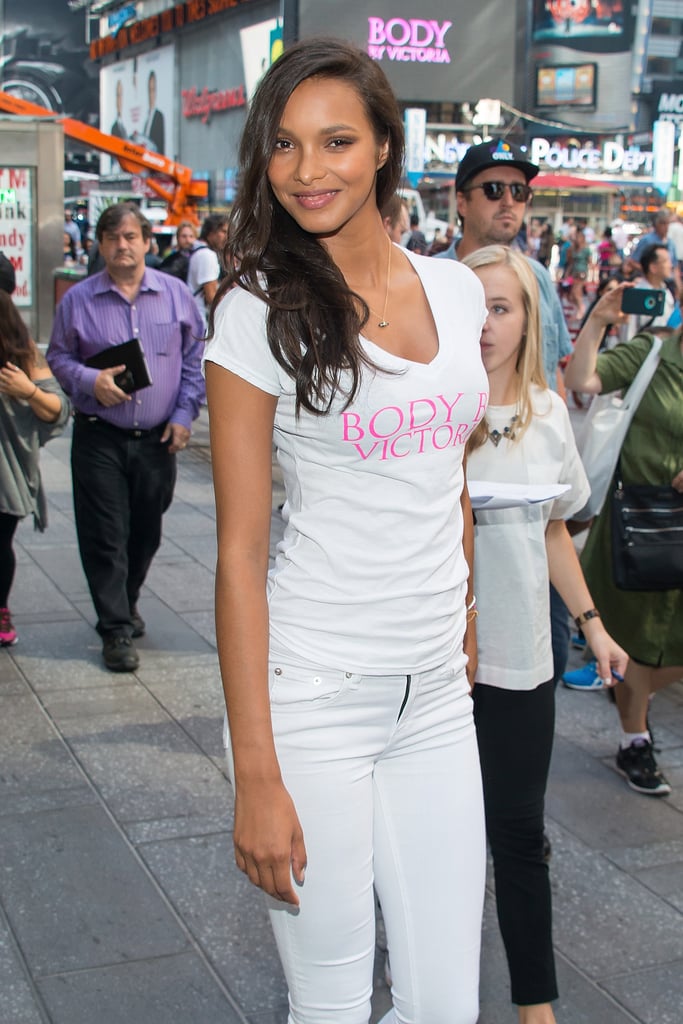 Lais Ribeiro was announced as one of the newest Victoria's Secret Angels early in the year, but it wasn't until now that the Brazilian model made her first official appearance as part of the glamorous and supersexy squad. Lais was at Times Square in New York City with fellow new Angels Martha Hunt, Elsa Hosk, Taylor Hill, Sara Sampaio and, Miley Cyrus's girlfriend, Stella Maxwell to unveil the brand's newest Body by Victoria's Secret Campaign, featuring all 10 of the new Angels. Keep scrolling to see Lais's official campaign photo and more of her at the event, then learn more about what makes this model worthy of her VS wings.

Previous Next Start Slideshow
Victoria's SecretLais Ribeiro
Around The Web