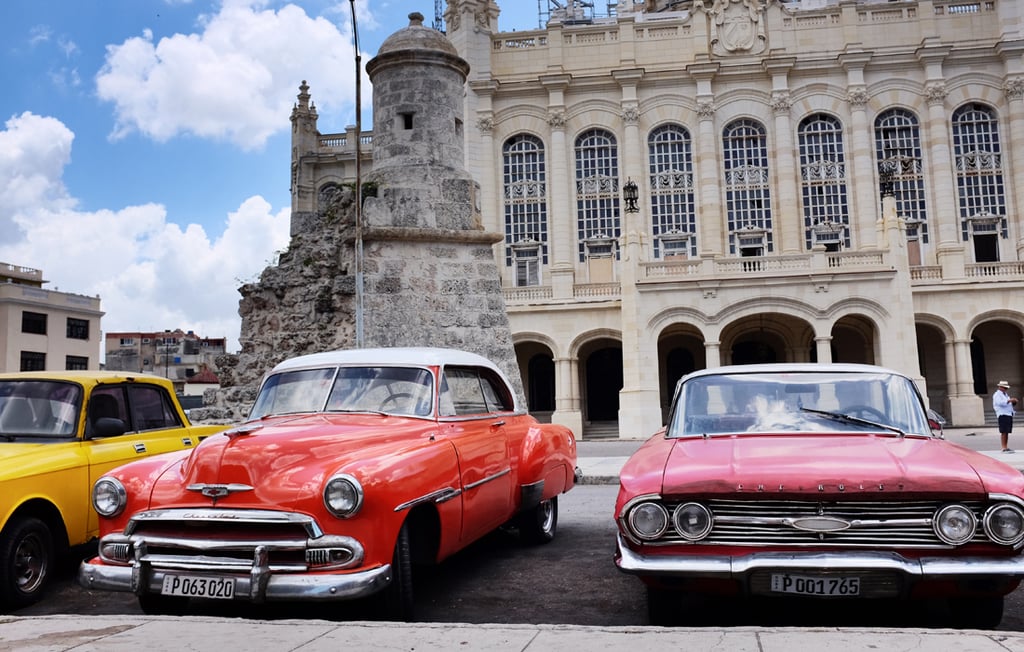 My father is a quiet man, but every now and again he finds a way to surprise me with an unexpected quip or the occasional blunt reality check. His means of communication are very much rooted in his Cuban nationality: wavering between thoughtful and tempered and hilariously inappropriate and candid. He fled Artemisa, a city formerly of the La Habana Province, for Miami in the early 1960s, just as Fidel Castro's communist regime began to really dig its claws into the nation. When I recently asked him about any desire he may have to go back and visit, he said: "Why would I want to go back? To see how they f*cked up my country?"

Despite my father's sentiments, recent socio-political changes have reinstated the small Caribbean nation in the tropical vacation hierarchy. In October of 2015, the United Nations collectively denounced the long-standing embargo between the United States and Cuba. President Barack Obama's historic trip to Cuba — making him the first US President to visit the nation in 80 years — speaks volumes to the improving relations between the two. Then, Karl Lagerfeld announced that Chanel's Cruise 2017 collection will debut in Havana this coming Spring. I think Beyoncé and Jay Z had something to do with all of this, too.

It has been long in the making. Up until the mid-20th century, Cuba was an It destination, a sort of mythic utopia that is often (wrongfully) associated with Caribbean nations. At the time, Cuba was actually thought of as the Paris of the Caribbean. Booming nightclubs — the famed Tropicana Club, for example — served as thrilling stages for salsa and lavish showgirl performances. Casinos — like the one in the Hotel Nacional — were playgrounds for the mob. But after the Cuban revolution of 1959, Cuba lost its luster.

The expulsion of President Fulgencio Batista was followed by the implementation of a new government led by Fidel Castro, whose brother Raúl now governs as a result of Fidel's old age and declining health. US-Cuba relations worsened during the Eisenhower administration (the Kennedy administration's Bay of Pigs Invasion also didn't help), and a new embargo effectively banned US citizens from traveling to Cuba, as tourists were not allowed to make any monetary transactions while on the island. Travel to Cuba was considered antinationalist and contrary to US policy.

It was around this time that my mother left her life in Havana. Her father was a diplomat during the abrupt shift toward communism, which made leaving the country exceptionally difficult. She remembers the government-controlled propagandist news broadcasts, the food distribution lines, and the schoolteacher who called her a traitor for wanting to move to the United States. For her, a return to the motherland would be more like a tour of a ghost town. "There are so many other places in this world I'd like to see instead," she always says.

After the fall of the Soviet Union — Cuba's de facto big brother — there was a strong push to restore old buildings, hotels, and cars to make the nation hospitable for tourists once again. However, Castro's regime still wanted to mediate interactions between citizens and tourists, so they created isolated resorts and hotel districts that segregated the two as much as possible. At the twilight of the 20th century, Americans were able to visit Cuba under the guise of government-approved educational and research trips. And now, under the Obama administration, travel is fairly easy with an appropriate visa, or tourist card, and approval from an official Cuban travel organization.

As a result, the fashion industry has kind of co-opted Cuba, and I have a lot of feelings about it. While it is amazing to see where my parents grew up as the backdrop for beautiful editorials — and even a major Rihanna shoot — I worry about the way they also fetishize the long-suffering nation. In other words, I am pleased by the way publications have highlighted Cuba as of late, but I also hope that they are careful to deem an entire country as simply on trend. I, too, can admit to seeing beauty in the crumbling buildings of Old Havana and the preserved '50s cars, until I am reminded of the sad way they represent a life stuck in the past for many Cubans, the ones who didn't or couldn't leave like my parents. That's also not to say that life in the United States is that much more refined or humanitarian — spoiler: it's not — but there are certain privileges that I have personally benefited from having been raised in the US, as opposed to the motherland just 90 miles away.

So now we've found ourselves at a crucial moment. The master speaker that he is, Obama's speech in Cuba is important in that it reinvigorated a longstanding need for a change. While maintaining a certain diplomacy — awkward handshakes, aside — Obama was decidedly tough on Raul Castro and urged him to grant Cuba's many inhabitants the political agency they so desperately deserve. Moments after expertly quoting national hero José Martí, Obama said, "I can't force you to agree, but you should know what I think. I believe that every person should be equal under the law . . . I believe citizens should be free to speak their mind without fear."

The way Obama spoke about Cuba — its people, food, and extraordinary culture — makes me yearn for the type of homeward journey I've been meaning to take for years, with our without my parents, but I also know that I shouldn't without first reconciling with my own belief that in Cuba, there are some inherent problems that tourism, Karl Lagerfeld, and maybe even Obama can't fix.

Wedding
My Fiancé Chose His Wedding Tux Virtually During COVID-19, and It Honestly Put Us at Ease
by Sarah Wasilak 1 hour ago

Naya Rivera
Naya Rivera's Glee Legacy Is So Important, and It's Still Helping Me Come Out to Myself Today
by Christine Shanahan 3 days ago